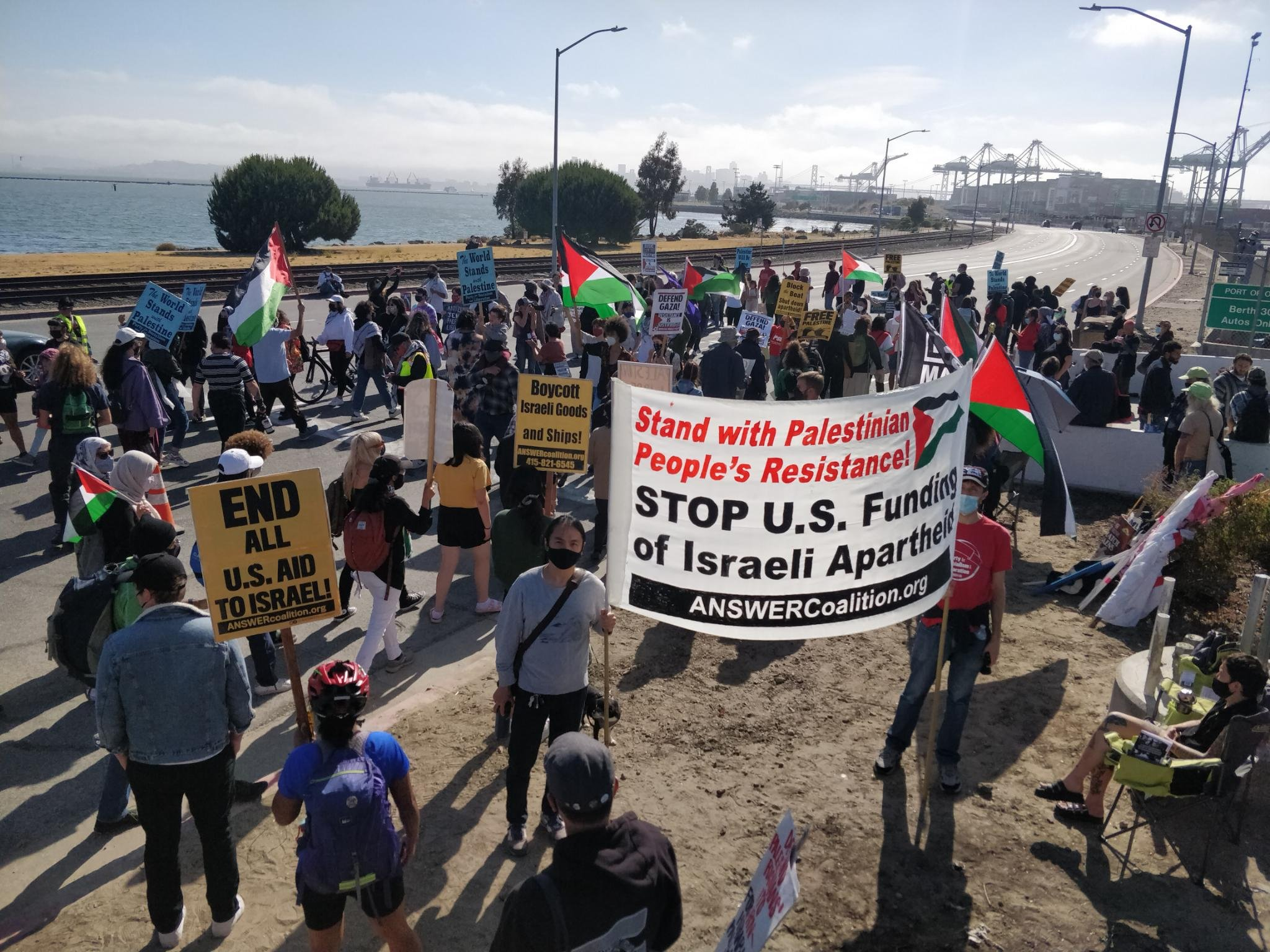 Hundreds of workers and community members gathered today in the port of Oakland to stop the Volans, a ship contracted by Israeli shipping company ZIM, from unloading its cargo. After holding the picket line at six gates to the port for two work shifts, and with solidarity from ILWU Local 10 longshore workers who refused to cross the picket line, the protest forced the still-loaded ship to depart. The action came in response to a call for U.S. labor union solidarity from the Palestine General Federation of Trade Unions after the anti-Palestinian fascist and state violence in Jerusalem and the Israeli bombing campaign in Gaza last month on May 17th. 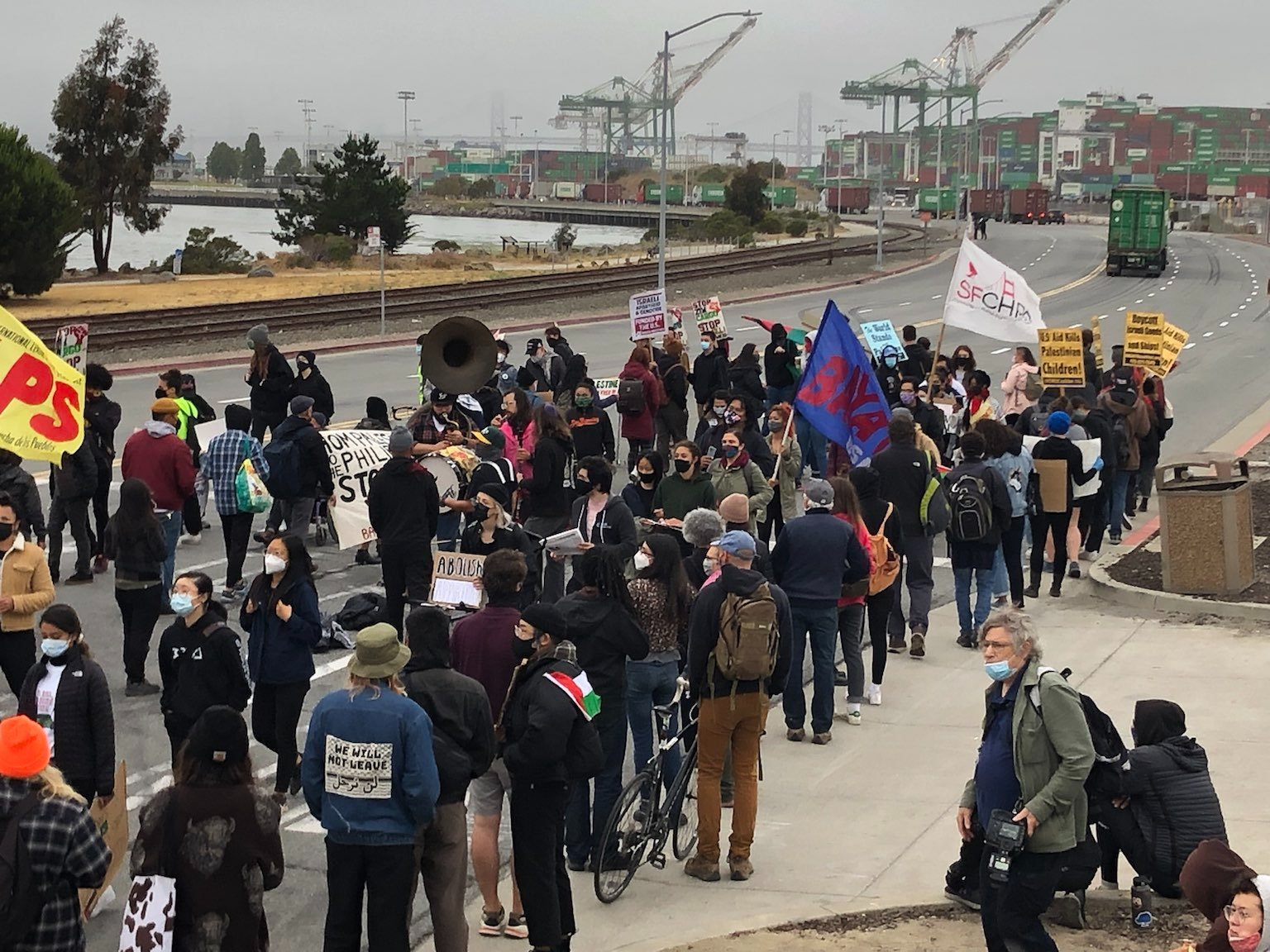 The immediate, strong showing of solidarity delayed the ship from docking for two weeks. When the ship did finally dock in the early morning of June 4th, hundreds of people poured out to join the picket lines beginning at 6AM.

The following picket shift began at 4PM. After holding a lively picket line for over two hours, which the port workers continued to respect, the ship was forced to depart.

Zim is the largest Israeli shipping company, and is in the top twenty global shipping companies in the world demonstrating the reaches of the U.S. empire and Israel. Zim has a history of profiting from settler-colonial projects -- from transporting settlers to Palestine in 1948 and shipping weapons to the Israeli occupation, as well as transporting weapons to the U.S. itself. The blocking of the Zim ship demonstrates the massive working-class community support to stop business with apartheid Israel.

Even before the Zim ship was turned around by the demonstration, the Israeli Zim shipping company was losing millions of dollars while waiting in the port of Oakland without unloading its cargo each day. Given the powerful history of BDS organizing in the Port of Oakland, the Zim shipping line attempted to avoid any community disruptions however the movement prevailed.

ZIM ships are no longer a regular sight in the Port of Oakland. The last time ZIM attempted to dock a ship in the Port of Oakland was in 2014. Pro-Palestinian activists then blocked ZIM ships from docking three times in less than three months. (Link to previous coverage: https://www.liberationnews.org/israeli-cargo-ship-cancels-docking-oakland-port/)

Organizers of the event promise to stay alert and continue to block any future ZIM ships that attempt to dock in Oakland. Lara Kiswani of AROC said at the celebratory rally after the ship departed: “If the ZIM shipping line tries to dock again in Oakland - we will be back.”