A historic achievement for Iran 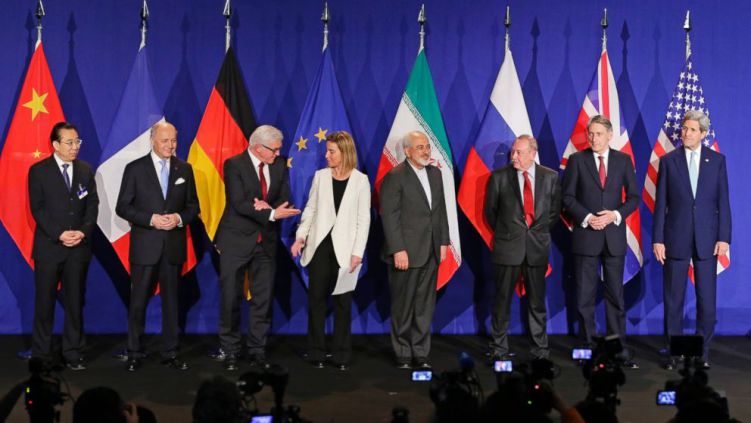 The agreement reached today, July 14, in Vienna is a historic achievement for Iran. While there are many imperialist-imposed conditions in the agreement, what is most important is that it has set the stage for the breaking of the U.S. and UN sanctions regime, the purpose of which was to bring about the overthrow of the Iranian government. Iran has agreed to wide-ranging inspections by the International Atomic Energy Agency.

The signers of the agreement include the five members of the UN Security Council—Britain, China, France, Russia and the United States—Germany, the European Union, and Iran.

Unlike the British-U.S. sanctions embargo that set the stage for the CIA coup against Iran’s first independent government in 1953, the current campaign of economic strangulation seeking regime-change has failed. Celebrations are taking in place in the streets across Iran.

The preface to today’s document reads in part: “This JCPOA [Joint Comprehensive Plan of Action] will produce the comprehensive lifting of all UN Security Council sanctions as well as multilateral and national sanctions related to Iran’s nuclear programme, including steps on access in areas of trade, technology, finance and energy.”

The lifting of sanctions, increased exports of oil, gas and other products, and the return of hundreds of billions of dollars of frozen Iranian international assets should significantly aid the Iranian economy and population, which have been hard-hit by sanctions.

The JCPOA also recognizes Iran’s right to develop “a peaceful nuclear programme, including its enrichment activities, to a commercial programme for exclusively peaceful purposes, consistent with international non-proliferation norms.”

The phrase “international non-proliferation norms” refers to the nuclear Non-Proliferation Treaty. Iran is a signer of the NPT, and has repeated for many years that its nuclear program has been for peaceful purpose related to power generation and medical applications.

Point iii of the JCPOA states: “Iran reaffirms that under no circumstances will Iran ever seek, develop or acquire any nuclear weapons.”

The extreme double-standard involved in the NPT is illustrated by who is leading the charge against the agreement—the Israel government headed by Binyamin Netanyahu and significant forces inside the U.S. Congress and political establishment.

Israel has never signed the NPT and is the only state in the Middle East that actually possesses an arsenal of nuclear bombs.

And while the Obama administration has pushed hard for an agreement with Iran, it has also been engaged in further developing its vast array of nuclear weapons, in violation of the NPT, which calls for nuclear weapons states to engage in nuclear disarmament.

Over the years, President Obama and his predecessor, George W. Bush, have repeatedly threatened Iran with nuclear weapons, often declaring that “no options are off the table.” These threats are clear violations of the NPT, which prohibits nuclear weapons states from using such weapons against non-nuclear weapons countries.

The JCPOA agreement will be submitted to Congress and the parliaments of the other participating states. Most Republicans and many Democrats in Congress have opposed any agreement in favor of stepped-up aggression against Iran — military as well as economic — actions that would threaten a new war.

Obama has stated that if Congress passes a resolution against accepting the JCPOA, he will veto it. To override a veto would require a two-thirds’ vote in both the Senate and House, which is possible but unlikely.

The decision of the Obama administration to seek a negotiated settlement with Iran does not mean that the imperialists have given up their dreams of returning Iran to its former status as an immensely profitable and highly strategic neo-colony, as it was under the Shah from 1953 to 1978. But, at least for the time being, Iran’s relative stability and increasingly strategic role in the region have necessitated a major shift in Washington.