Amnesty for all those arrested demanding justice for Freddie Gray! 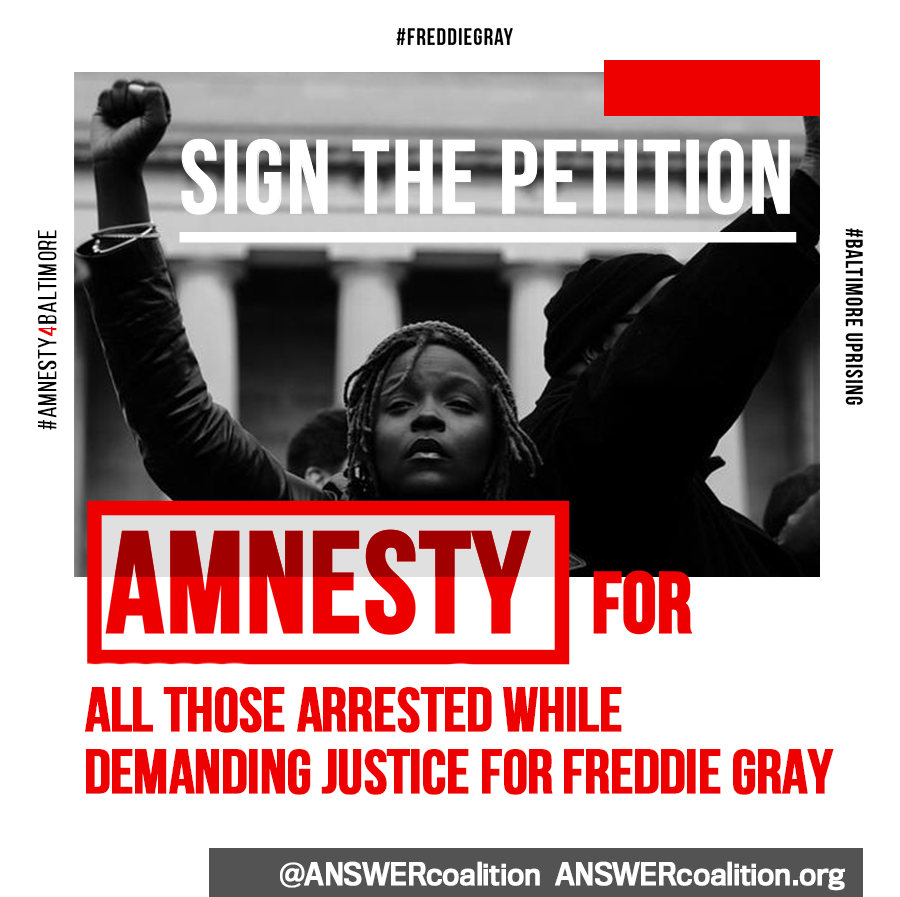 I stand in solidarity with those in Baltimore who are demanding that all charges be dropped against those who rose up against racism, police brutality, oppressive social conditions and delay of justice in the case of Freddie Gray. The whole world now recognizes that were it not for this powerful grassroots movement, in all its forms, there would be no indictment.

It is an outrage that peaceful protesters have been brutalized, beaten and pepper-sprayed by police in the streets, and held for days in inhumane conditions. Those arrested include journalists and legal observers.

Even the youth who are charged with property destruction and looting should be given an amnesty. There is no reason a teenager -- provoked by racists and justifiably angry -- should be facing life in prison for breaking the windows of a police car.

The City of Baltimore should work to rectify the conditions that led to this Uprising, rather than criminalizing those who took action in response to those conditions. Drop the charges now!

[add your name below]

Ruth Doughty
Police Brutality baltimore
Like this to spread the word:
Tweet
Donate to the Movement Volunteer - Get Involved Today