DEFENDING THE BOLIVARIAN REVOLUTION AND THE LATIN AMERICA LEFTWARD SHIFT 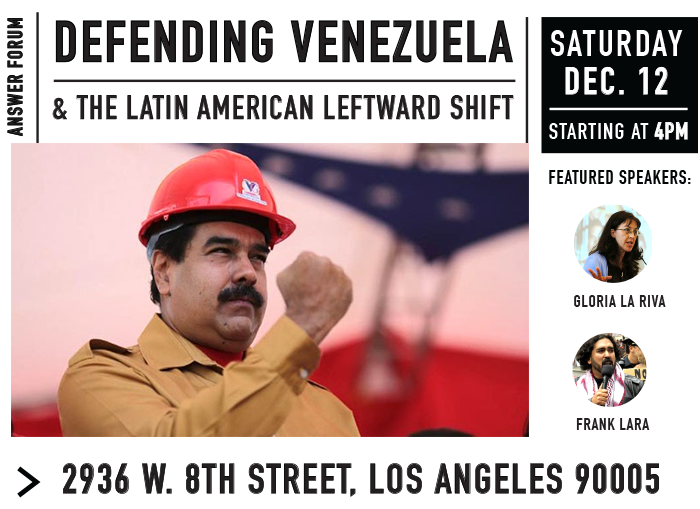 At the close of the National Assembly elections in Venezuela the right-wing opposition has made tremendous gains that threaten the progress made by the Bolivarian Revolution. The entire process leading to the election was rife with U.S. media lies and the right-wing opposition propaganda aimed at preemptively discrediting the election should they lose. Henrique Capriles went as far as calling for the closure of voting booths on the day of the election out of fear that the Left parties would continue to hold power in the National Assembly, proving what little conviction the opposition has for defending democratic norms. Despite this setback, the Venezuelan people under the leadership of those forces who have actively pushed the Bolivarian Revolution forward have vowed to continue the struggle.. Gloria La Riva will speak on the results of this election, their significance, and developments in Latin America that will shape the coming period as the U.S. and reactionary forces inside Latin America attempt to turn back the gains of the region.