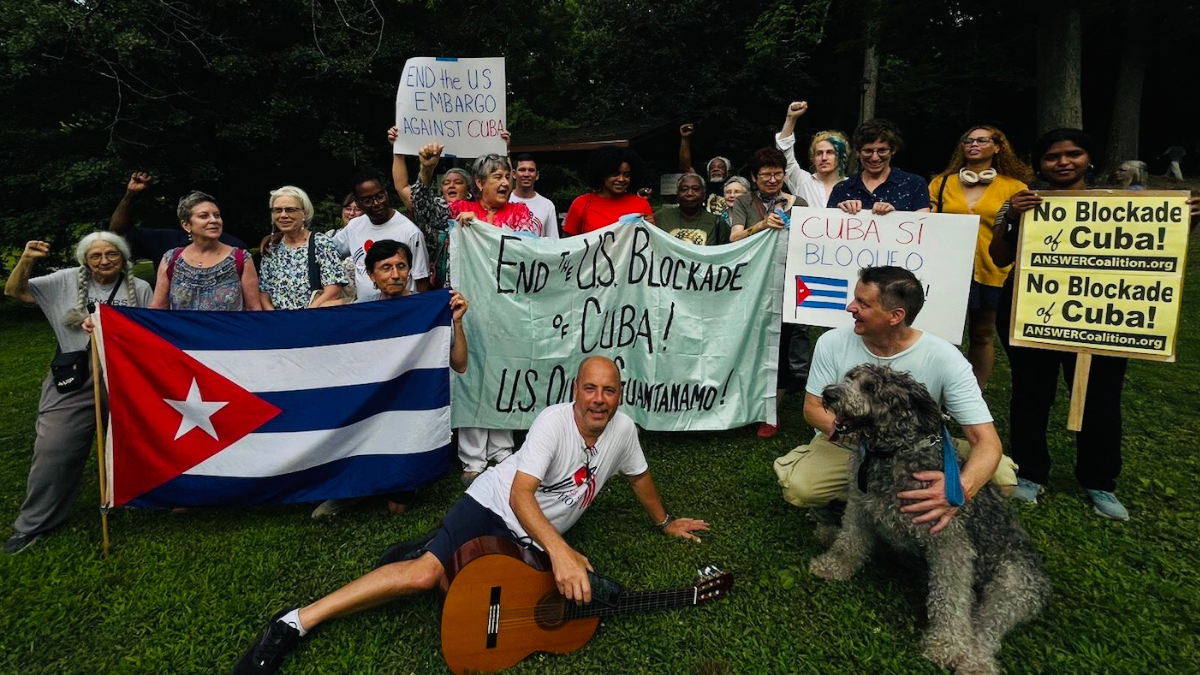 For 60 plus years, Cuba has remained under the criminal blockade of the United States government.

Carlos Lazo—a Cuban American school teacher and Iraq war veteran—and six other Cuban Americans from different walks of life have united under the banner of Puentes de Amor (bridges of love) with a shared goal: to end the U.S. blockade of Cuba. The group set out from Miami in late June—covering 1,300 miles on foot—to Washington DC to deliver demands and a petition signed by over 25,000 people to the Biden administration.

On Sunday, July 25, at 2PM, the anti-blockade travelers and supporters will rally in front of the White House at Lafayette Park, to make their voices heard. Solidarity caravans and other actions will also take place in many U.S. cities.

A large majority of the people in the United States support the lifting of the blockade of Cuba and support the normalization of relations and friendship between the two neighboring countries.

Demands include the reversal of the 243 unilateral measures adopted by the Trump administration to further tighten the blockade and strangle Cuba. Puentes de Amor activists are calling for an end to all sanctions on Cuba, the restoration of remittances, the removal of travel restrictions, the reopening of the U.S. embassy in Havana, and more. The Biden administration has yet to reverse a single one of Trump’s measures.

Along the way to D.C., the group meets with local activists and supporters in cities big and small. Puentes de Amor made a stop in Atlanta, Georgia, on July 7, at which point it had covered over 600 miles. The Atlanta Cuba Coalition organized a meet-and-greet at Chandler Park, where Carlos and the group spoke of taking on the arduous journey in hope of highlighting the suffering that the Cuban people have had to endure under the U.S. blockade for decades. 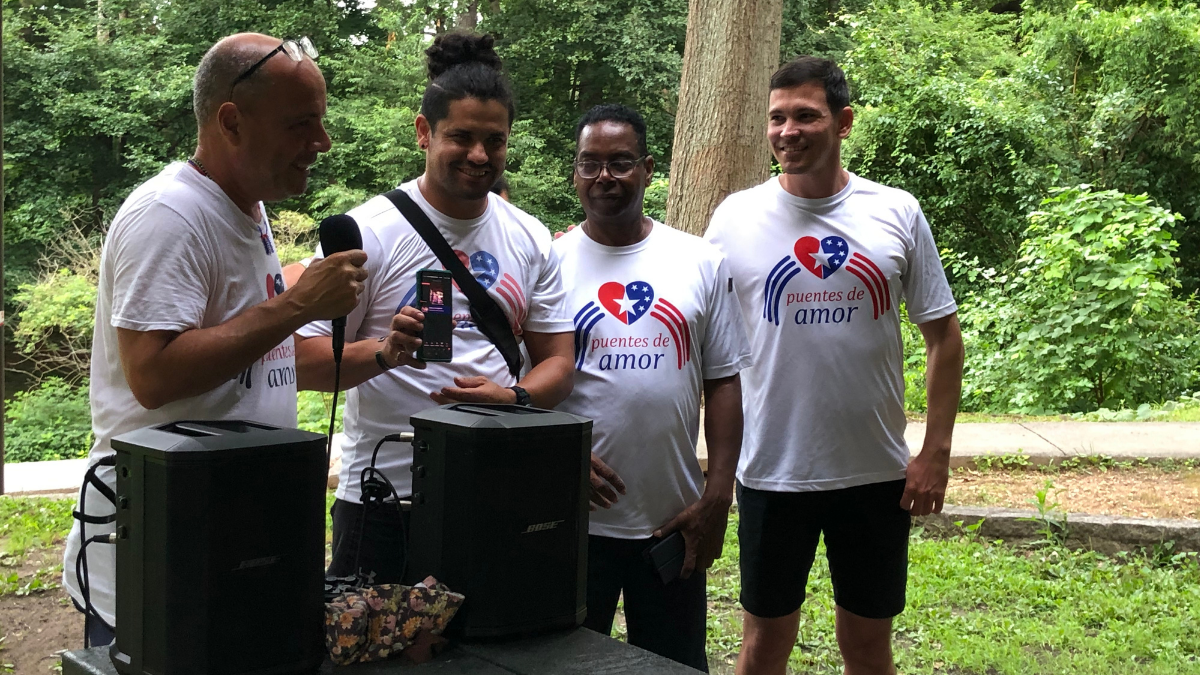 The U.S. blockade of Cuba is a violation of the human rights of the Cuban people. The merciless blockade is an ongoing feature of the multipronged war against the Cuban revolution. In Atlanta, Carlos spoke of how ending the blockade would not only benefit the Cuban people, but the people in the United States and the rest of the world. Cuba—a country that has used its scientific advancements and progress in education and healthcare in the service of humanity—has much to offer the world.

In addition to the great injustice inflicted on the Cuban people in the form of the blockade, Carlos—who leads Puentes de Amor—spoke of the oppression inflicted by the U.S. government on African Americans and other minorities in the United States—all of whom continue to struggle for justice and equality. Puentes de Amor expressed their commitment and solidarity to the causes of social justice and equity in the United States.

For the 29th consecutive year, the United Nations General Assembly has called for the ending of the U.S. imposed blockade of Cuba. On June 23 this year, 184 countries voted in support of ending the cruel blockade; with the exception of only two countries—the United States and apartheid Israel.

The impact of the blockade on Cuba is immense—immeasurable in many ways. The economic, financial, and commercial blockading of Cuba impacts all aspects of life for the Cuban people and poses many limitations for Cuban society from being able to reach its maximum potential. Access to building materials, technology, devices, and treatments is severely restricted. In 2020 alone, an estimated $5 billion is estimated in losses because of the blockade.

The impact of the blockade has especially been brutal during the pandemic for Cuba. In a period of global health crisis that necessitates cooperation and solidarity, the U.S. government has maintained its policy of isolation and sanctions on Cuba. Despite the blockade, Cuba has secured and guarantees free healthcare to all its residents. Cuba has independently produced five vaccines, but the blockade prevents access to equipment for vaccine and food production creating shortages and scarcity. Cuban Foreign Minister Bruno Rodriguez Parrilla said during the U.N. General Assembly in June, “like the virus, the blockade asphyxiates and kills.”

The world sees the U.S. blockade of Cuba for what it is: an unjust and criminal attack on the sovereignty and rights of the Cuban people. The movement inside the United States to demand the U.S. government end the blockade continues to grow. For this movement to succeed, it will require the active support, solidarity, and participation of all progressive people. Join the July 25 rally in DC or organize a solidarity action in your city!