Cynthia McKinney tells the truth about U.S./NATO war on Libya in Chicago 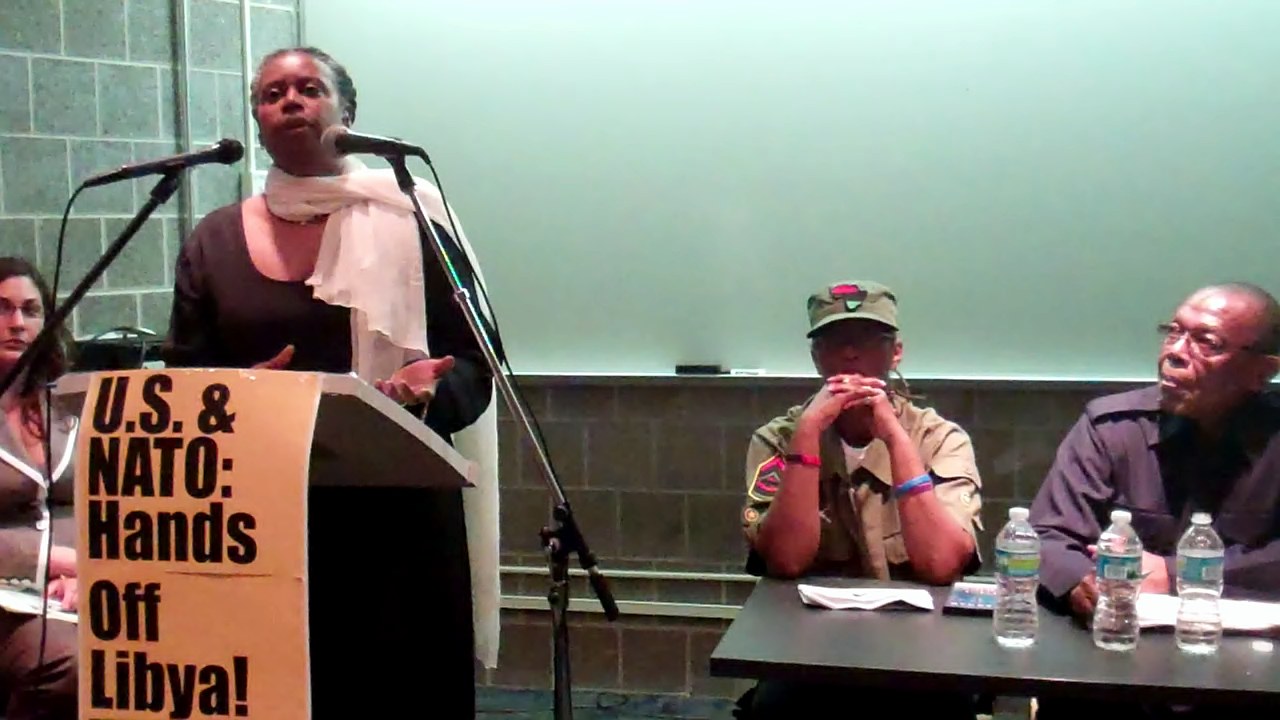 In Chicago on June 22, the Eyewitness Libya tour with Cynthia McKinney packed a lecture hall on the University of Illinois at Chicago campus. In all, over 150 came out to the rally-like forum to demand: “U.S./NATO Hands Off Libya! Stop the War on Libya!”

Participants came from as far away as southern Indiana and Mississippi for the meeting, with a large contingent from the African American community of Chicago.

In her talk, Cynthia McKinney said, “I went to Libya to find out the truth. I went to Libya because the people of the world want peace and I’m tired of our government continuing to fight murderous wars based on lies. I saw the utter devastation of the bombing campaign first hand.”

She talked about how the economic sanctions are attempting to strangle the people, about how U.S. bombs are killing Libyan children. McKinney showed video of the U.S.-backed Libyan rebels lynching government supporters. She said, “It is imperative that we do all we can to stop this racist war now.”

Akbar Muhammad talked about how Africans and Black people in the U.S. know how imperialism works and know from first hand experience that they don’t have “freedom” or “democracy” in mind when it comes to Libya. They want to extend their domination of the African continent and its oil and water resources. He said, “The dollars going to this war come directly out of our communities. And, as the polls now show, the reality is that most people in the United States do not want war with Libya.”

In his rousing speech Brian Becker said, “You don’t have to be an apologist for the Libyan or any other government to insist that dropping bombs on Libyan civilians in order to control the oil of Libya is wrong and criminal. The former colonizers and enslavers of Africa, the British, U.S. and French, the powers responsible for the massive bombing campaign of Libya are not liberators or humanitarian in any way. They are war criminals who should be put on trial.”

The Chicago stop on the tour was cosponsored by American Muslim Alliance. It was endorsed by Albany Park, Mayfair, North Park Neighbors for Peace & Justice, Chicago Coalition Against War and Racism, Nicaragua Solidarity Committee and the March 19 antiwar committee.