Drop the charges against Norman Clement! 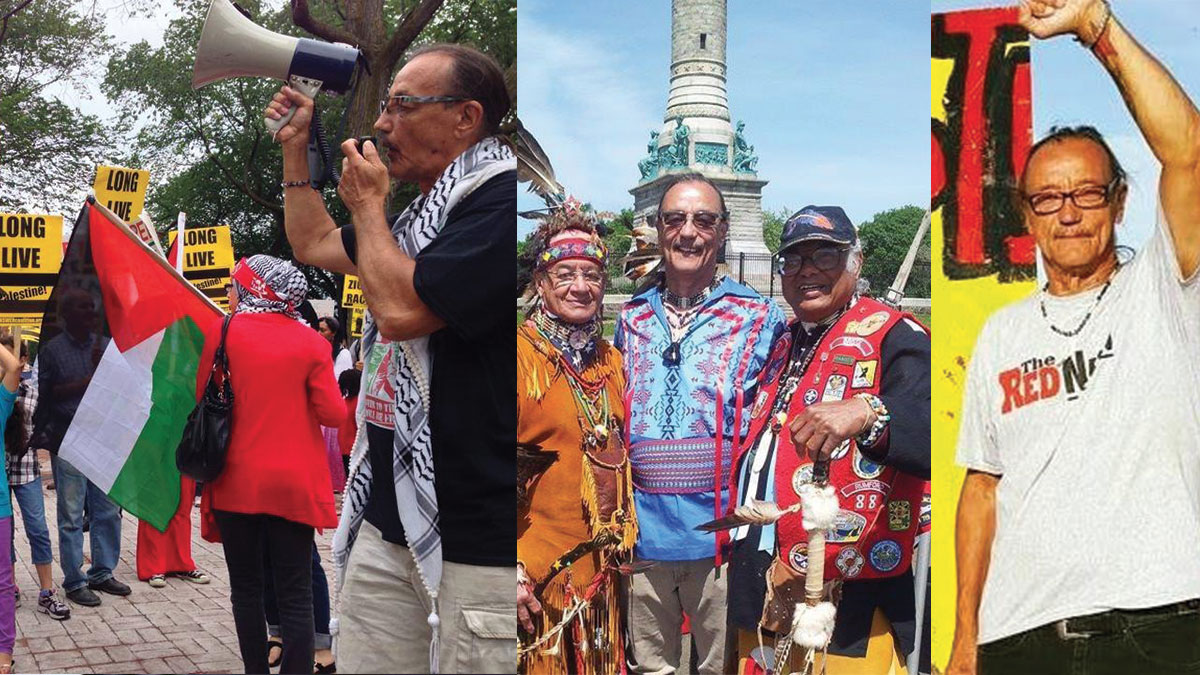 Norman Clement, ANSWER activist and organizer, was brutally targeted and attacked by state and local police in New Haven, Connecticut, on February 4, 2017, during a No Ban! No Wall! demonstration. The action was called in response to Trump's attacks on Muslims, banning seven different Muslim countries from access to the United States, and against the building of the wall on the Mexican border. Police have charged Clement with five crimes, including inciting a riot, in a clear attempt to intimidate him and others from speaking out against injustice. Norman has returned to court 13 times and the state has yet to provide any evidence to support these charges. In fact, all the video and evidence from that day prove excessive use of force on a peaceful demonstration.

We demand the charges against Norman be dropped!

Police targeted Clement for leading chants on a sound system while demonstrators briefly shut down the Route 34 connector in downtown New Haven. Police claimed an ambulance was blocked on the street; however, further investigation by the New Haven Independent quotes the ambulance company as saying there was no ambulance blocked. A witness video clearly shows Clement on the microphone as the demonstration reaches the highway saying, "no one gets through unless it's an ambulance." No notice to disperse was ever given and police aggressively used their dogs to intimidate a lawyer on the scene. State Police were also notified by an attorney at the scene that the protest would move for emergency vehicles. The protest left the street voluntarily and on its own.

State and local police followed the peaceful protest with menacing dogs and waited until the protest was back on downtown city streets to illegally kettle the crowd of over 100 people onto a small sidewalk. While they were pushing the crowd, the New Haven Police grabbed another man, Nate Blair, and threw him to the ground, arresting him as well. At the same time, they targeted Clement using police dogs and mace, singling him out and chasing him, knocking over pedestrians in the process. When he was tackled, police used pepper spray multiple times, seriously injuring his shoulder.

Norman Clement has been an ANSWER Coalition organizer since the Sept. 15, 2007, anti-war march in Washington, D.C. He is a leading organizer in Connecticut against police terror, and has led many rallies, protests and meetings condemning the NHPD for its brutality against community members and other activists. Norman is also a Water Protector; as a confederate member of the local Quinnipiac tribe, he traveled to Standing Rock twice in 2016 as part of the movement against the Dakota Access pipeline.

Norman returns to court on December 11, 2017, at 10:00 a.m. Please join us at the courthouse to demand that all charges be dropped against Norman and Nate.

We Demand the Charges against Norman Clement Be Dropped!

This petition will be delivered to the State's Attorney's office in New Haven and the prosecuting attorney. You can also contact them via the information below to demand the charges against Norman be dropped!

With these unprecedented, excessive charges, the state is cracking down on dissent. This strategy corresponds with a broader wave of repression, from arrests and grand jury investigations of Indigenous water protectors at Standing Rock, to the demonization of Black Lives Matter, and targeted arrests of long-time New Haven activists Barbara Fair and John Lugo.

Just as our struggles are connected, these arrests represent a threat to all people fighting for true freedom, dignity and autonomy.

Contact the State’s Attorney’s office in New Haven and demand the charges be immediately dropped.