Israeli sniper rifles made in USA 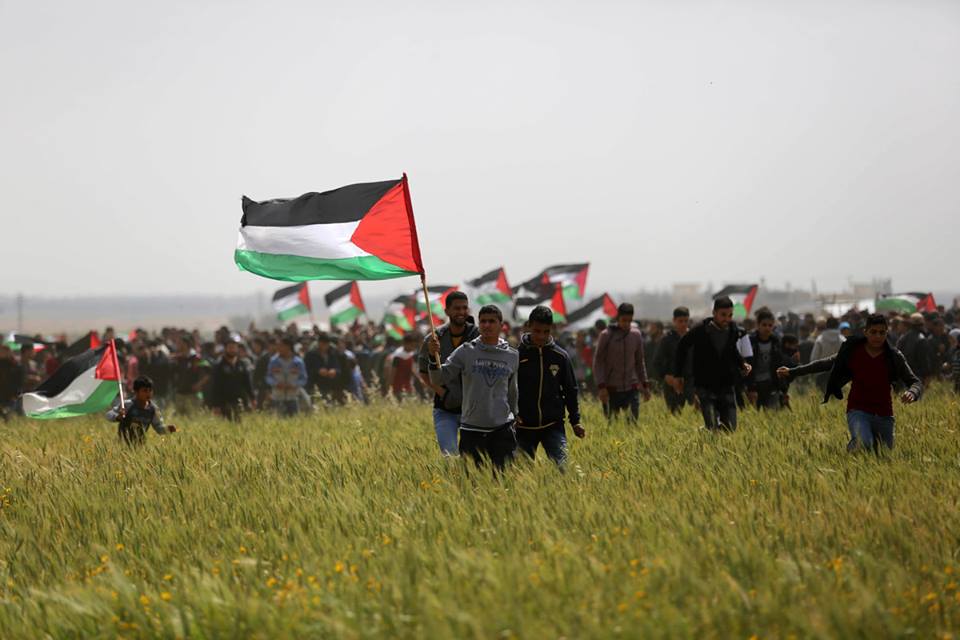 The weapon used by Israeli soldiers to murder and maim unarmed Palestinians on the Gaza border is the U.S-supplied-and-made Remington M24. In fact, this weapon is the standard sniping rifle of the Israeli army. This makes the U.S. government just as responsible for these murders of Palestinians over the last few weeks as if U.S. soldiers had pulled the triggers.

US increasing military aid to Israel

The human rights group Amnesty International has accused Israel of “carrying out a murderous assault against protesting Palestinians…who pose no imminent threat to them,” and has called for an international arms embargo of Israel.

The Israeli military had acknowledged that it regards Palestinian children, as well as adults, as shoot-to-kill targets. Palestinian medical personnel say the wounds they treat indicate that snipers are shooting to deliberately maim for life. Yet U.S. arms continue to stream in.

Israel is the largest recipient of U.S. military aid ever, and more guns, bombs and planes are on their way. This year begins a major increase in U.S weapons to Israel—an unprecedented $38 billion over 10 years. This increase was backed by both Republicans and Democrats.

Israel ‘carrying out a murderous assault’

On April 26, thousands of unarmed Palestinian women, men and children demonstrated at the Gaza-Israel border to commemorate the “Friday of Rebellious Youth.” Nearly 1,000 were injured by Israeli soldiers firing from behind blinds, tens of yards away. Some 200 protesters were hit by live fire, according to Gaza’s health ministry. Among the injured were seven journalists and five paramedics.

On April 27, Azzam Oweida, 15, died from injuries received on April 26. He is the fifth child to be killed since the Great March of Return protests began on March 30. This brings the death toll to 46, according to the Palestinian Information Center.

At least 150 injuries were critical because the Israeli snipers are using Butterfly bullets. The Gaza Ministry of Health says this new type of explosive ammunition causes serious damage to the tissues and bones and leads to permanent disabilities, even following a series of complex and difficult surgeries. Some 3,369 Palestinians have undergone surgeries so far, representing 61 percent of the injured transferred to the hospitals.

In an especially strong statement for this group, Amnesty International denounced these as “deliberately inflicted life-changing injuries,” and called on “governments worldwide to impose a comprehensive arms embargo on Israel.”

Additionally, the International Criminal Court’s chief prosecutor has warned Israel that it could face trial for violence against civilians in Gaza. The Israeli human rights group B’Tselem took out ads in major Israeli newspapers advising soldiers to refuse to shoot, or risk committing war crimes.

Amnesty continues, “The time for symbolic statements of condemnation is now over. The international community must act concretely and stop the delivery of arms and military equipment to Israel. …A failure to do so will continue to fuel serious human rights abuses against thousands of men, women and children suffering the consequences of life under Israel’s cruel blockade.”

End all US aid to Israel!

After alleging a gas attack on Syrian children in Douma by the Assad government, the Trump Administration cried crocodile tears of “concern,” and even bombed that country as a punishment for a gas attack that residents say never took place. Yet there has been no criticism by the U.S. administration of Israeli soldiers shooting unarmed Palestinians, including children, for weeks on end, crimes which can be easily seen on scores of websites.

This is because U.S. support makes these war crimes possible. Israel is the biggest beneficiary of U.S. military aid in the world. This tiny country, with a population of only 8.5 million, has been given $254 billion (in 2016 dollars) since World War II. Almost all this aid is military.

There is no altruism in this largesse. This strategic alliance with Israel is crucial to U.S. domination of the oil-rich Middle East and maintaining the U.S. empire. Democrats and Republicans agree. This is why the Obama administration increased military to aid to an unprecedented $38 billion from 2018 to 2028, and why, when Trump slashed funds for foreign aid, money to Israel remained untouched.

When cities at home are decaying, when teachers must go on strike to get textbooks that aren’t falling apart, and to get roaches and rats out of the schools, giving billions of dollars of guns to Israel is not only a crime against the Palestinian people. It is also a crime against working class and poor communities in the U.S.

It’s time to stop all U.S. aid to Israel, and to use that money to meet human needs at home.