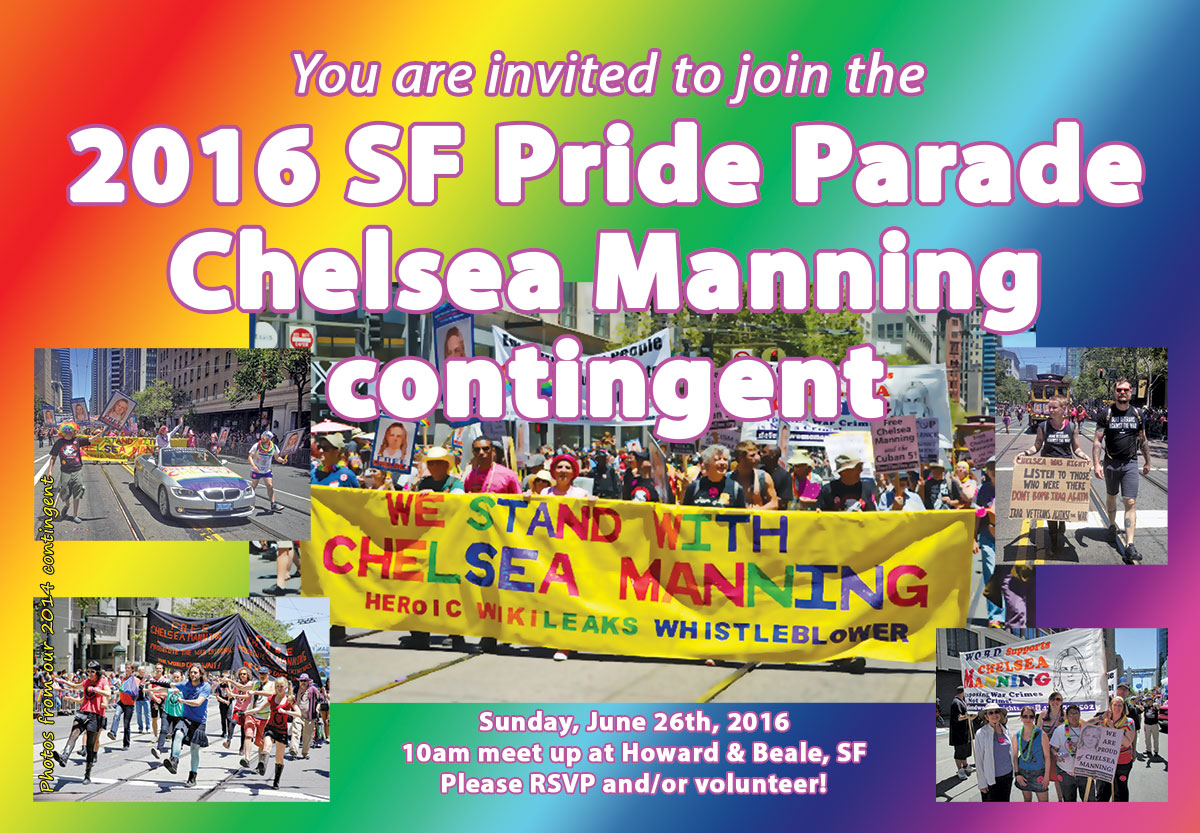 Join the ANSWER Coalition at PRIDE this weekend

Free Chelsea Manning!
Solidarity with Orlando! No to Homophobia, Racism, Sexism and Islamophobia!

Join us in the Chelsea Manning Contingent (#104)
Meet at 11:30 on Spear between Howard and Folsom

The massacre of 49 LGBTQ people at the Pulse nightclub in Orlando continues to weigh heavy on the hearts and minds of many people across the country. The current climate of hatemongering and racist, bigoted propaganda whipped up by capitalist politicians set the stage for this terrible tragedy. The answer to such tragedy and homophobic violence is the coming together and organizing of the LGBTQ community and everyone who stands in solidarity with struggle for full equality.

The very first Pride marches were established as a recognition and as a celebration of that struggle for equality and against bigotry. Since those first marches, LGBTQ people have won important victories through organization, mobilization and fierce struggle at times. But the system we live in allows right wing forces to continually mount attacks on oppressed communities, like the hundreds of legislative attempts to deny LGTBQ people equality over the last years.

Join the ANSWER Coalition and march for our heroic WikiLeaks whistle-blower Chelsea Manning and show your support for Chelsea, whistle-blowers, and government transparency. Chelsea is currently serving an outrageous 35-year sentence in federal prison for the “crime” of exposing U.S. war crimes. Meanwhile, the real criminals—Bush, Cheney, Rumsfeld, Rice, etc.—live in wealth and luxury.

Contingent organized by the Chelsea Manning Support Network and Courage to Resist.