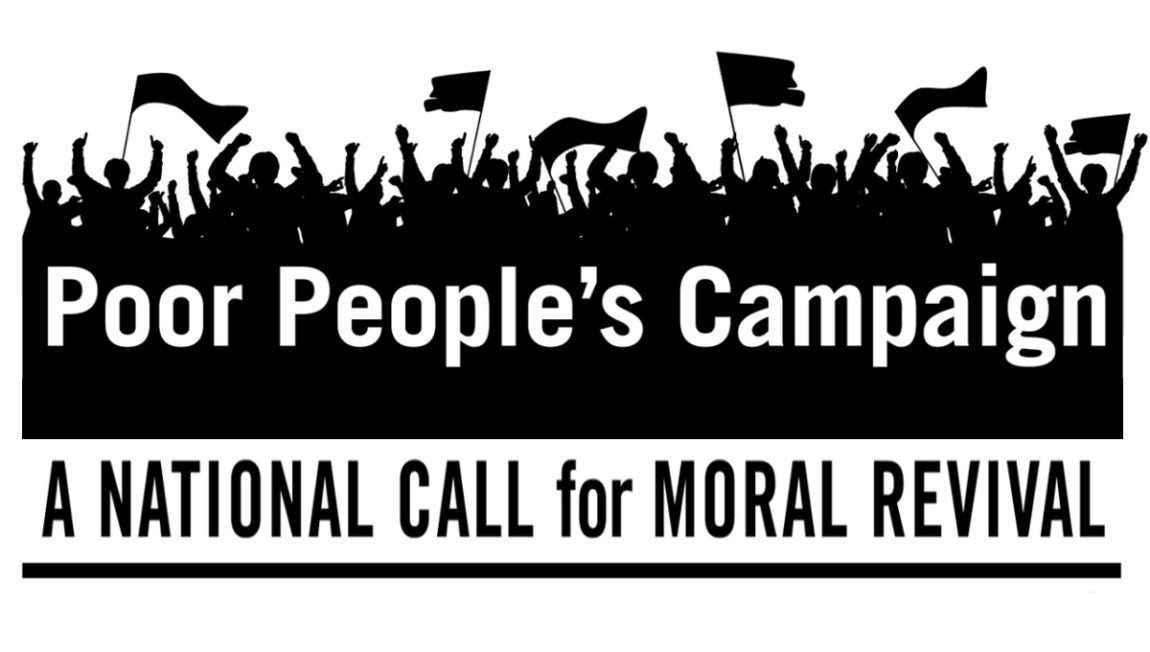 The ANSWER Coalition is a convening member of the People's Congress of Resistance, which issued the the following statement endorsing the Poor People's Campaign. We encourage our members and supporters to circulate it and join an event in your area and the culminating rally in Washington, D.C., on Saturday, June 23.

The People’s Congress of Resistance has endorsed the new Poor People’s Campaign and its 40 Days of Action. Activists involved with the People’s Congress of Resistance have joined protests and other events in California, Massachusetts, New York, New Mexico, Arkansas, Washington, the District of Columbia and elsewhere, and we call on people to continue to join the weekly actions at state assemblies nationwide to highlight the struggles of the poor, and to travel to Washington, D.C., for the culminating rally on Saturday, June 23.

Find an action in your area here.

Each week of the 40 Days of Action is dedicated to a particular aspect of the oppression and exploitation of poor people. The week of May 27 to June 2 was organized around the massive war economy, which funds death and destruction abroad and drains the budget for needed services and infrastructure domestically. The June 10-16 week was organized around the concept of “Everybody’s Got a Right to Live,” and will be addressing the issues of Systemic Poverty, Jobs, Income & Housing. The actions culminate in a mass rally in Washington, D.C., on Saturday, June 23. People will be coming to D.C. from around the country by bus, train, plane and car.

The original Poor People’s Campaign was Dr. King’s last major project, and it aimed to unite the poor and dispossessed of all racial and national backgrounds in a mass movement to finally win decent jobs, quality housing, health care, education and retirement for all. This was not a turn away from the struggle against racism, but a deepening of that struggle — into social and economic rights. The original Poor People’s Campaign saw the triple evils of racism, economic exploitation and militarism as interlinked.

The new Poor People’s Campaign has picked up on this framework and understanding — adding to it an additional focus on ecological destruction — and has held impressive convenings nationwide that have united many diverse groups of people. This was ultimately what made Dr. King such a threat to the system in the period before he was killed. He was broadening his conception of the people’s struggle across national borders and was using his tremendous moral authority to unite the Black freedom movement with the anti-war movement and other social struggles around an ambitious socio-economic program.

The Poor People’s Campaign does not see poor people as a “special interest group” but, once organized, as a “new and unsettling force” with the potential “to transform the whole of society.” Beyond the 40 days, it aims to build an enduring mass movement that brings into motion the one-third of society that is deprived of its basic needs, but has largely not been organized to fight for them.

That is the same vision that drove last year the formation of the People’s Congress of Resistance.

The People’s Congress of Resistance manifesto “Society for the Many” reads: “About 20 percent of U.S. society — the capitalist class and those in the more affluent upper middle classes (about 60 million people) — have the comfort of knowing the basic needs of their families will be met from the moment they are born to the moment they die. They do not have to worry about whether they can go to the doctor, have a roof over their heads, have access to nutritious food, find work, have enough money to survive, attend college, or live in a safe environment. This fundamental guarantee can and must be extended to everyone.”

Is such a world possible? Yes! To get there we need a movement that connects the struggle against austerity, unemployment, racism, sexism and so many other problems with a wider vision for political, social and economic revolution. “A society organized for the equality and emancipation of the many is one where production is democratically directed for the benefit of the many and not for the private profit of the few. Rather than banks and corporations determining people’s lives and futures, the people determine their destiny themselves.”

Build the Poor People’s Campaign and a mass movement for revolutionary change! Find an action in your area here.