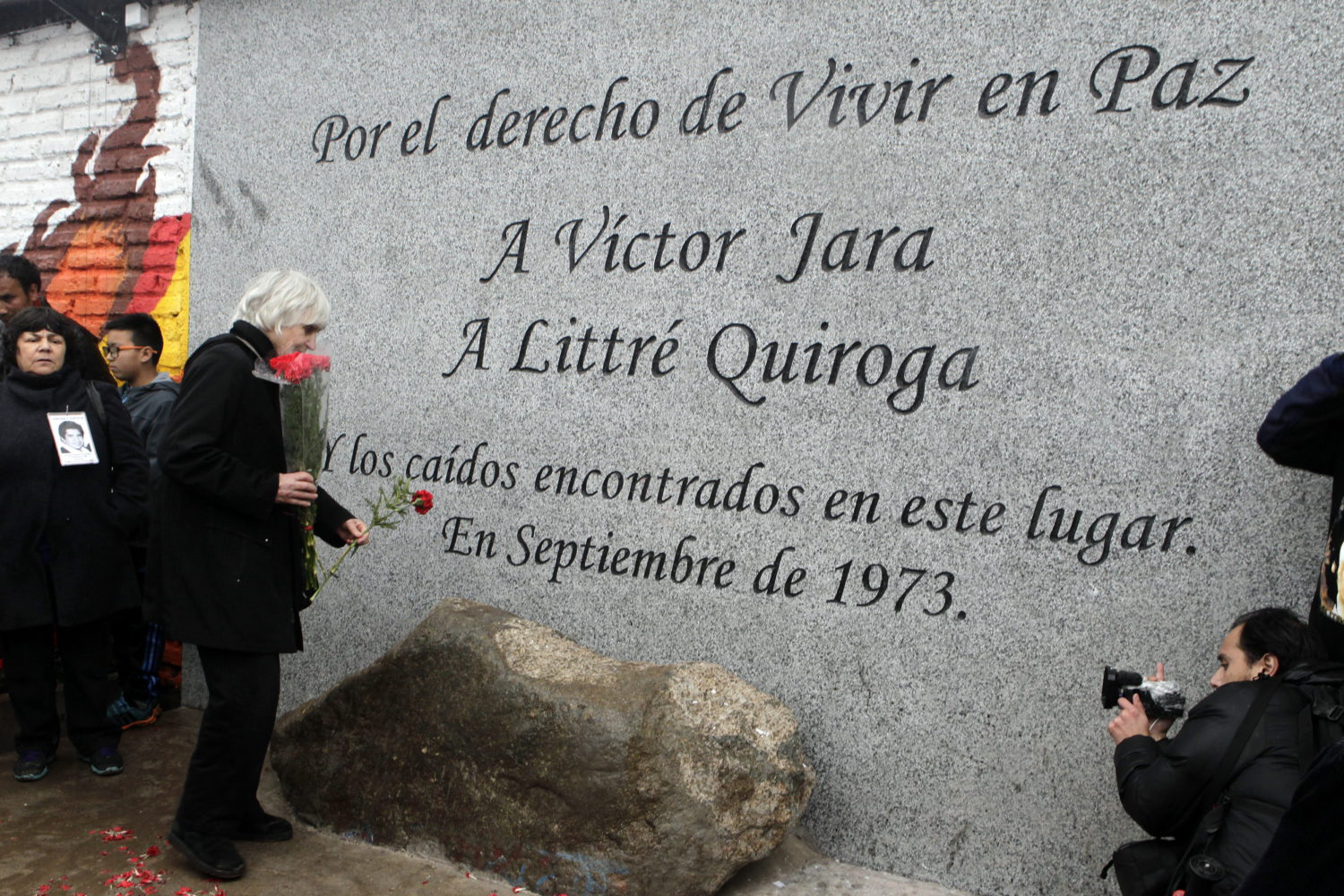 Chilean military official, Pedro Pablo Barrientos, 67, has been held liable for the killing of Chilean activist and folk singer Víctor Jara in a Florida civil trial.

Over 42 years ago legendary singer/songwriter Víctor Jara was murdered after being tortured in the days following the U.S. backed coup in Chile, September 11, 1973. Jara was targeted because of his activism, protest songs denouncing political oppression and his pointed critiques of capitalism.

Víctor Jara was also a member of the Chilean Communist Party and a vocal advocate of president Salvador Allende and Allende’s Popular Unity Party, which were the targets of the 1973 military coup.

Víctor Jara was one of several thousand people who were killed during the 1973-1990 rule of Augusto Pinochet. In the days following the Chilean coup hundreds of people were rounded up and held in the Julio Martínez Prádanos National Stadium in Santiago. The sports stadium was turned into a detention facility where tens of thousands of people were detained, tortured and many killed. Today the stadium is renamed Víctor Jara Stadium.

Víctor Jara was born into poverty to a peasant family in the locality of Lonquén near the city of Santiago. By the age of 6 he was already working on a farm with his father and by age 15 he was orphaned after the death of his mother. Jara his own way and eventually became interested in music and theater. Jara became a distinguished theater director, directing a broad array of works, and played a pivotal role in establishing the Nueva Canción Chilena (New Chilean Song) movement.

Jara’s life was brutally taken by then army lieutenant Barrientos who played Russian roulette with him until a shot finally rang out. Before Jara was murdered he was mocked by the soldiers who asked him to play them a song after they smashed his fingers until they were amputated. He was then shot 44 times after the initial death-dealing shot and his body was dumped in the street along with the hundreds of other victims.

Barrientos denied all allegations of his role in the murder despite the overwhelming evidence and testimony of several military conscripts who saw him at the stadium the day Jara died, including the testimony of one of the conscripts who saw him pull the trigger and another who stated that he overheard Barrientos boasting that he killed Víctor Jara with his Luger pistol.

Disgustingly enough Barrientos, before being found liable of the murder, said of the family of Víctor Jara “They live off everything that Víctor Jara was. They have a book, they have his songs and they have two or three foundations.” Barrientos seemingly said this to downplay the suffering that the death had on the family. Before the verdict he even denied knowing who Víctor Jara was, saying, “I did not know who Víctor Jara was until details of his death were made public.”

The depravity and callousness of Barrientos is telling of the culture of brutality that was encouraged and cultivated among military officials during the dictatorship of Pinochet. More than 10,000 people were killed or disappeared, up to 80,000 people were interned and as many as 30,000 were tortured during the time that Pinochet held power in Chile.

The Orlando court ruled Barrientos is liable for the killing of Víctor Jara, and awarded the Jara family $28 million in damages. Unfortunately this is not enough until he is extradited to Chile so that he can stand trial. Even if he is extradited it will be difficult to prosecute him in Chile because of a 1980 amnesty law that absolves government officials of wrongdoing in the aftermath of the coup. Although there are still many hurdles in the way of justice, the decision by the Orlando jury will help in the struggle to pressure the Chilean government and the U.S. government to follow up with the extradition orders.

Víctor Jara’s legacy will live on forever in his music and his example of perseverance. No amount of guns, tanks, prisons, or unjust laws can stop the movement towards justice that both Victor Jara and the revolutionary peoples of the world have embarked on.