Tens of thousands took to the streets to celebrate Martin Luther King Day Jan. 15-19 and continue the movement against racism and police terror. Below are reports from actions across the country. 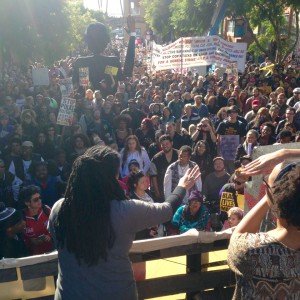 On the morning of Friday, January 16, protesters held a No Business as Usual protest by occupying and shutting down two of the busiest BART stations in San Francisco’s Financial District, grinding morning commutes to big business to a halt. Two arrests were made. 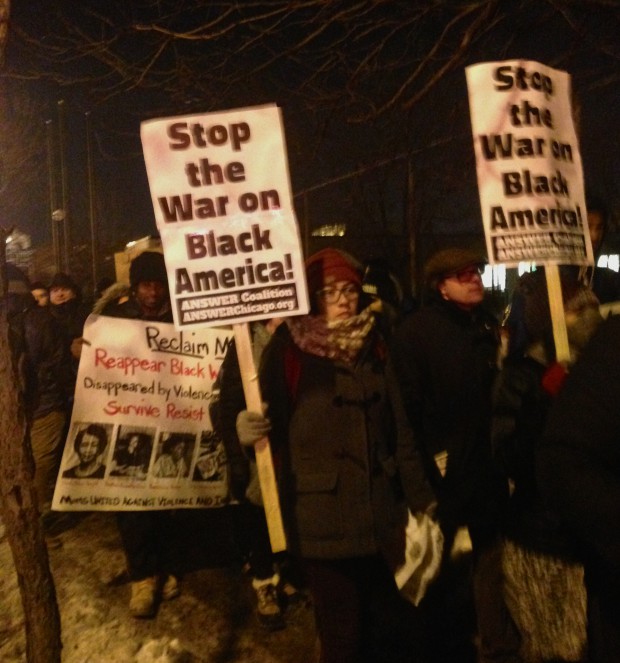 On January 15, over 400 people came together on a cold evening on Chicago’s southwest side to honor the radical vision of Dr. Martin Luther King Jr. and to inaugurate a weekend of activism in his honor. On January 19, another vibrant demonstration of over 300 marched through downtown to proclaim that #BlackLivesMatter. 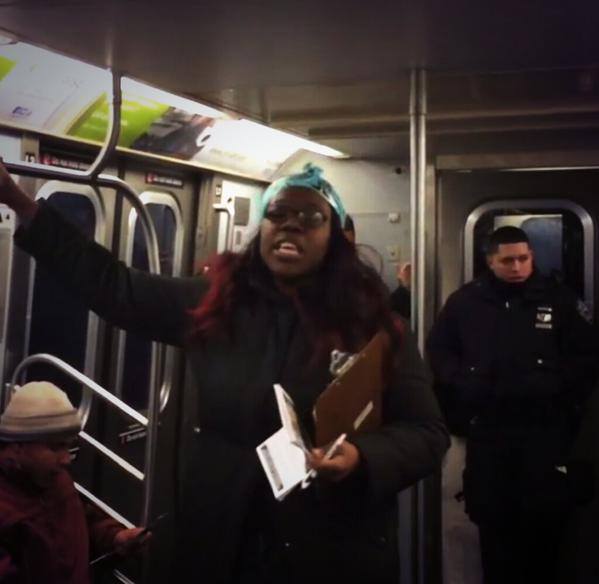 On Jan. 15, the ANSWER Coalition called for students, communities and workers to flood the subways with messages of justice in honor of Dr. Martin Luther King’s legacy. At each of the announced locations, both uniformed and plain clothes cops waited at the subway entrances attempting to stop a completely legal activity. The show of force was designed to intimidate volunteers who still rode the trains.

In order to engage subway riders, volunteers did a call-and-response chant of “This Stops Today!” every time a story of a police brutality was told. Community reception was positive and many people were thankful that we honored Dr. King by speaking out. 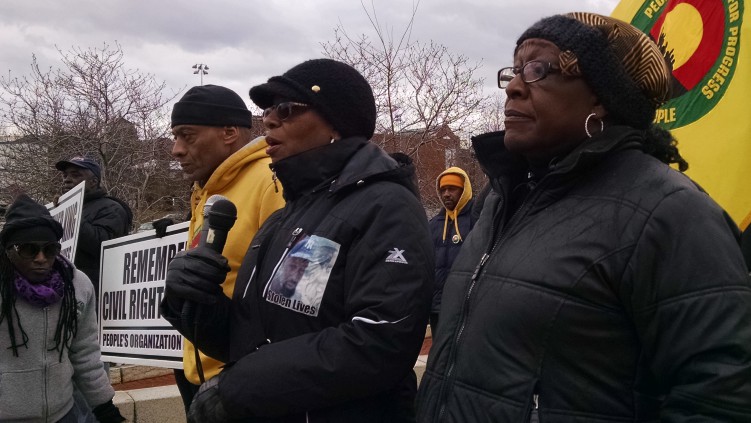 On the Martin Luther King, Jr. holiday, the people of Newark, N.J., took to the streets in a spirited march and rally, called by the People’s Organization for Progress. Last week, Newark airport workers, organized by SEIU 32BJ demonstrated for higher wages and to demand the MLK holiday.

“We are taking a stand and we’re not stopping,” said Cecile Hepburn, grandmother of Kashad Ashford, who was murdered by police while unconscious after a car crash in September last year in neighboring Bergen County. 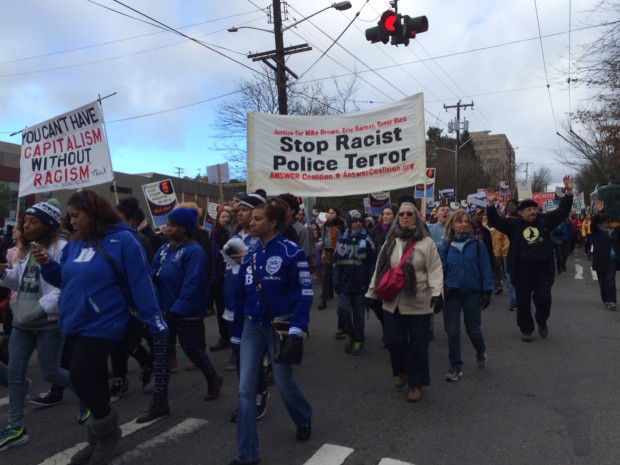 On January 19, Seattle marked Martin Luther King Jr. Day with the 33rd annual grassroots celebration, march and rally. This year’s theme was “Fight for your rights in 2015.” No fewer than 10,000 people marched through the streets of Seattle from Garfield High School to the Federal Courthouse. Following the main march, 19 people were arrested for going onto Aurora Avenue (Highway 99) and blocking traffic. Others were pepper sprayed at the end of the rally at the Federal Courthouse, to prevent them from marching to the entrance to Aurora Ave.

Liberation News spoke to many participants in the day’s activities. One participant, Steve, who did not give his last name, told us, “Fighting for my rights in 2015 means fighting for everything and everyone and fighting to stay where we are right now and not being pushed a step back. It means fighting against corporations who offend worker’s rights and fighting the privatization of jobs.”