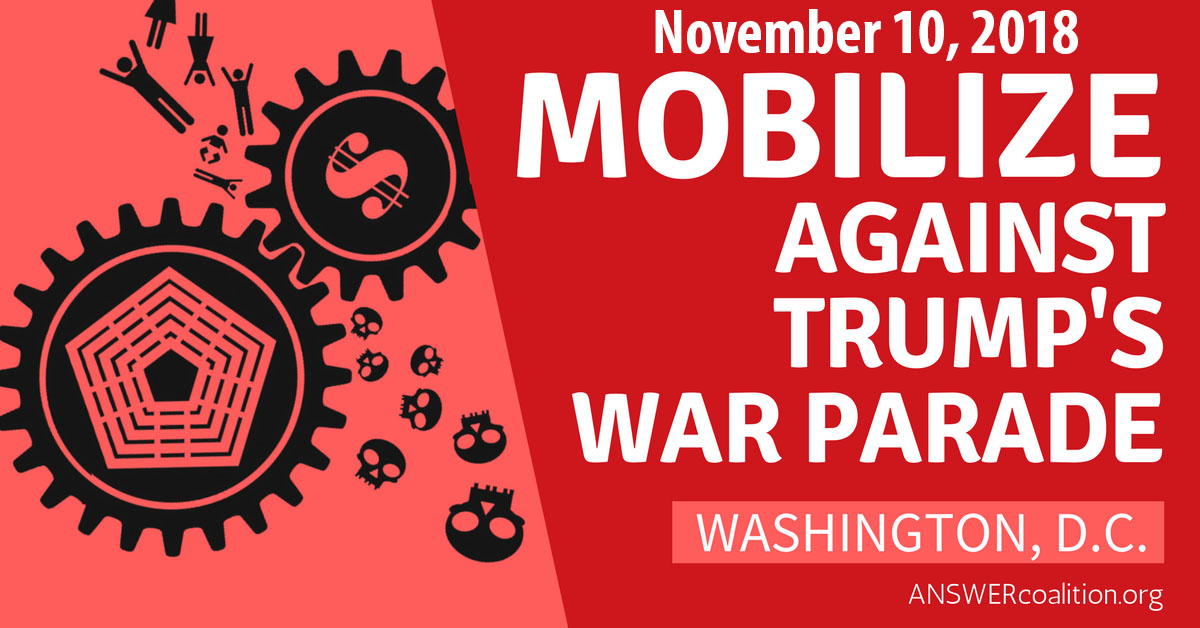 August 16 - The Pentagon just released the estimated costs of Donald Trump's Nov. 10th parade celebrating war, militarism (and, of course, himself) and it is a staggering $92 million – $80 million more than the earlier estimate. The parade will include tanks, armored vehicles, war plane flyovers and more.

There are 500,000 people who are homeless in the United States, including over 40,000 veterans. 6.5 million children are food insecure. Recently teachers all over the country have been going on strike because our schools are so terribly underfunded and millions of people still can not afford to go to a doctor when they or their children are sick. Spending $92 million dollars so that Trump can watch tanks roll down Pennsylvania Avenue is a disgrace.

We, the people ,won't stand for this.

Please join us by organizing your community for the massive anti-war demonstration in Washington D.C. on Saturday Nov. 10. The ANSWER Coalition has already obtained permits for space for a massive demonstration right along the parade. A coalition of organizations is mobilizing people from all over the country. Another coalition has formed in Washington, D.C. of organizations and activists who are planning to organize in every neighborhood to bring people out in protest of the parade.

We are building a stage, sound system and bringing buses from all over the country.

Donate to build a truly massive counter-mobilization of the people against Trump’s war parade.