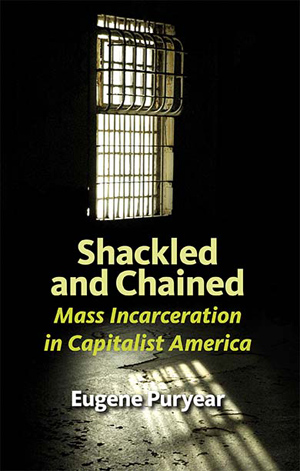 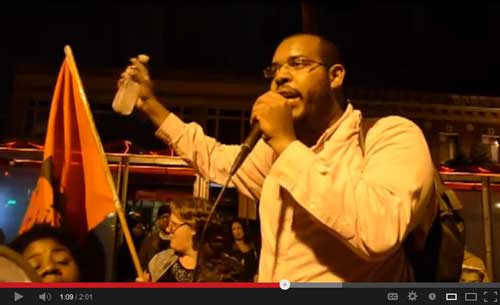 *PSL Publications announces the release of a new book*

Also available as an eBook:
Buy it for Kindle - Buy it for Nook

From Shackled and Chained: Mass Incarceration in Capitalist America

“There can be no universal theory for ‘crime,’ because it is defined by the shifting boundaries of the law and law enforcement, and the objectives of a given ruling class. ... As an example, some of the most gratuitous forms of theft—daily exploitation at the job, usurious interest rates, bank bailouts—are considered completely legal, and the perpetrators are in fact rewarded. One can receive a stiff sentence for robbing a bank; but when a bank systematically robs society as a whole, no one goes to jail.”

The book is widely available in print and e-book at Amazon, Barnes and Noble, and Powell’s. Author Puryear is available for speaking engagements. E-mail [email protected] for more information.

Eugene Puryear is a Washington, D.C.-based activist. In nearly a decade of social justice activism, he has been involved in the anti-imperialist movement, helping to organize most of the largest U.S. demonstrations against the Iraq and Afghanistan wars. Puryear has served as a key organizer around police brutality, prisoners’ rights, and abuses in the U.S. criminal justice system. He was the 2008 Vice Presidential candidate of the Party for Socialism and Liberation, and serves on the editorial board of Liberation newspaper. His writings can be found here.