October 20-21: Women's March on the Pentagon

The ANSWER Coalition encourages its supporters to attend the Women's March on the Pentagon.

From Women's March on the Pentagon: 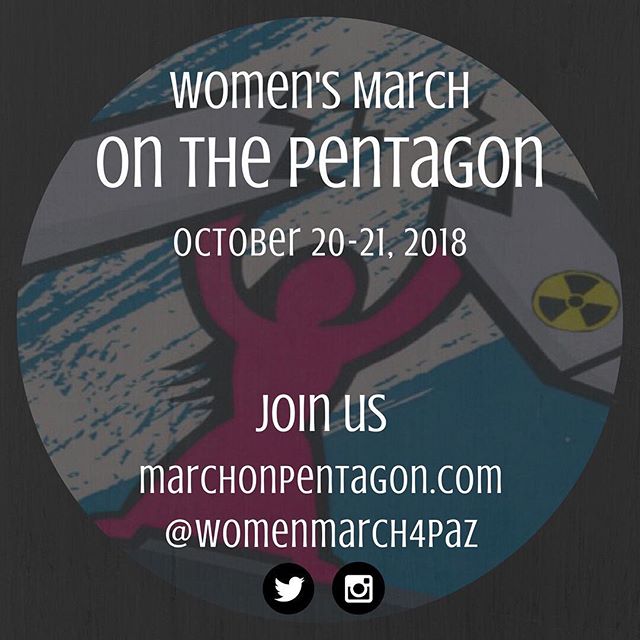 In response to the continuing march of military aggression by the USA and to put an antiwar agenda back on the table of activists, we are calling for an Women's (and allies) March on the Pentagon on the 51st anniversary of the 1967 big antiwar event in DC and subsequent march on the Pentagon that had 50,000 people!

Our demands are simple: The complete end to the wars abroad; closure of foreign bases; dramatically slash the Pentagon budget to fund healthy social programs here at home: the only good empire is a gone empire.

The "nuclear clock" is at two minutes to midnight, and with the threat of nuclear annihilation becoming an incomprehensible reality, WE MUST MARCH FOR PEACE AND AGAINST THE WAR MACHINE.

Learn more and get involved at MarchonPentagon.com