People are taking to the streets in Chicago and across the country in outraged response to the police lynching of Laquan McDonald, a Black 17 year old. While Chicago Mayor Rahm Emmanuel and a host of other city officials insist that this was simply the case of one "bad apple," the cover-up and the Chicago Police Department's infamous reputation for racist brutality suggest otherwise.

It is a testament to the strength of the movement and those who worked to uncover the truth that killer cop Jason Van Dyke has been charged with murder. We need to keep up the fight to hold the entire system responsible. Chicago Mayor Rahm Emmanuel, Police Superintendent Gary McCarthy and Cook County State's Attorney Anita Alvarez aided and abetted Jason Van Dyke avoiding capture and prosecution, and should be charged with murder along with concealment of homicidal death and obstruction of justice. 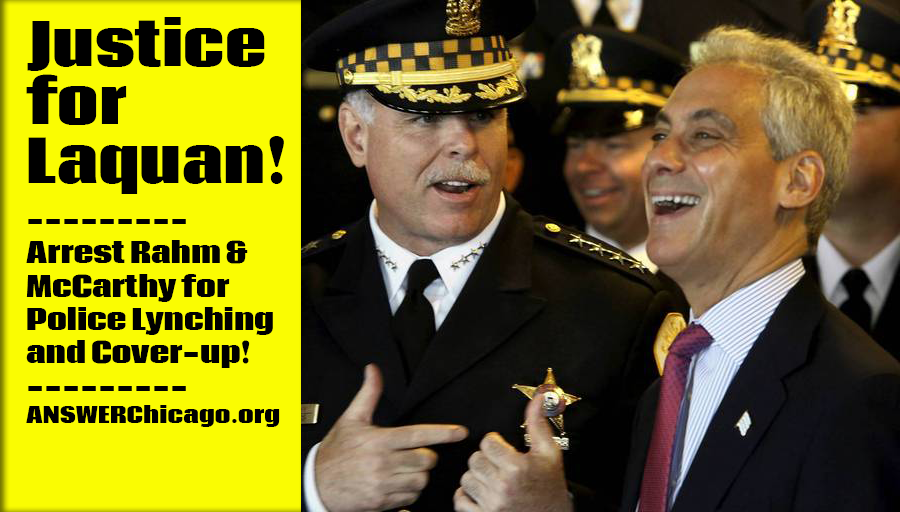