Heroic Palestinian freedom fighter Ahed Tamimi, imprisoned by Israel, has just turned 17. Across the country and around the world, events were held demand her release and the release of all others unjustly imprisoned for their participation in the struggle to free Palestine. Actions in solidarity with Palestine are ongoing, including on March 4 in Washington, D.C., with a march from the White House to the annual convention of AIPAC, The American Israel Public Affairs Committee.

The ANSWER Coalition participated across the country. Below are photos and video from just some of the actions. 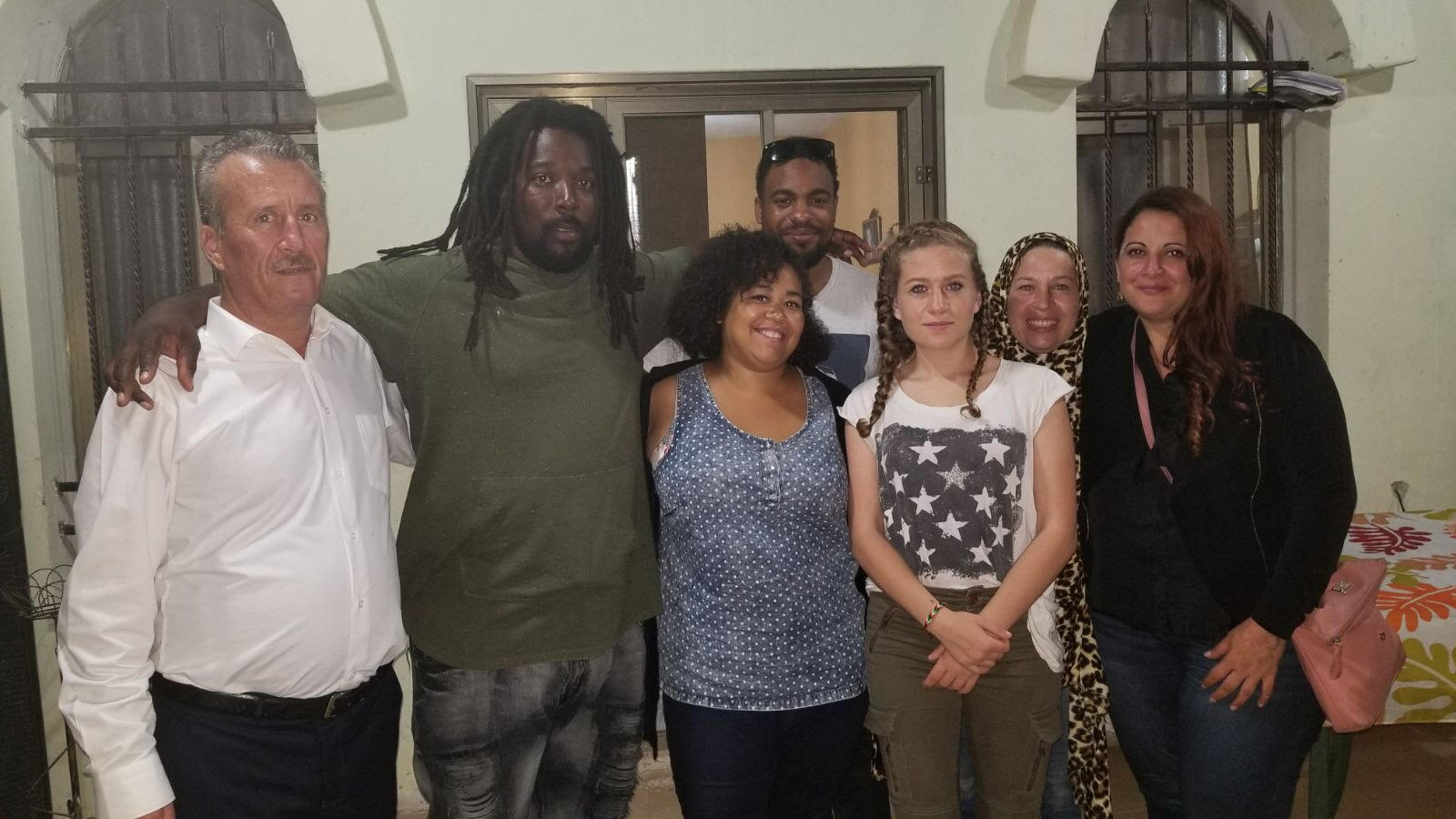 I was able to spend a couple weeks in Palestine this past summer on a fact-finding and solidarity trip sponsored by Existence is Resistance. I actually spent my birthday there. I tried to keep my birthday a secret, feeling it was inappropriate to even bring it up on this trip. But of course our guide, and others, found me out. Then I learned most of our team wouldn’t be there for my birthday. Most were heading back home the night before and morning of my birthday.

But then our guide mentioned having some folks she wanted us to meet–this extra special family she wanted us to spend this day with. She drove us up a mountain, talking of a family that marches and resists on a weekly basis. Some members even traveled outside of Palestine and received international attention for their message and their unified fearlessness. It was the Tamimis.

I fell in love, honestly. Every family you meet in Palestine will make you fall in love, but its such a painful love! Nariman made us a beautiful meal and we ate talked and watched videos nonstop until the late evening. While eating that meal on their porch, we laughed and greedily went back and piled more and more food on our plates.

Then we heard a loud buzzing. The sound was coming from and Israeli spy drone that quickly flew away. A drone y’all! Who were we to attract this much attention? The conversation shifted. The spy drone was a reminder of the occupation, one of so many reminders experienced on any day.