The ANSWER Coalition urges its supporters to sign the petition demanding the release of Alejandra Pablos, an immigrant rights activist who was illegally taken into ICE custody on March 7 and is still being held.

Below is more information from Mijente and the National Latina Institute for Reproductive Health. 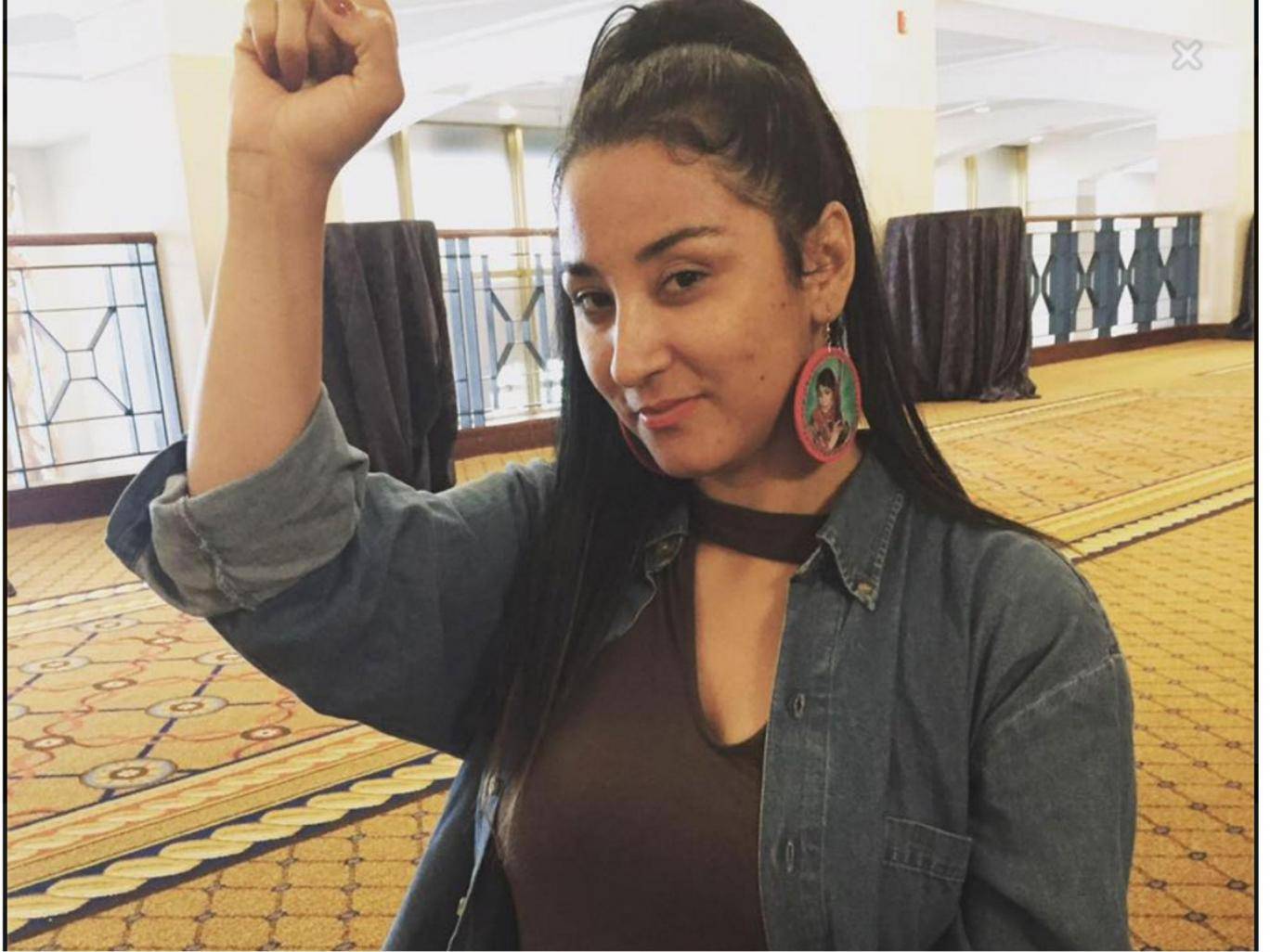 Continuing a pattern of retaliation against immigrant rights organizers, the Tucson office of Immigration and Customs Enforcement (ICE), has taken Alejandra Pablos into custody and have refused to release her stating that she is subject to mandatory detention without access to a bond.

Pablos was a legal permanent resident who was placed in deportation proceedings after a drug-related arrest and spent two years detained at the Eloy Detention Center in southern Arizona. She is in the process of requesting asylum based on dangers she would face as a political organizer in Mexico.

In early January, as Pablos was leading chants at a peaceful protest in Virginia outside of the Department of Homeland Security (DHS), she was abruptly detained by local agents. It appears that after the protest in Virginia, one of the ICE agents called her deportation officer in Tucson, Arizona, and sought to get her detained in retaliation for her protest.

This morning, Pablos showed up to her check-in with ICE in Tucson, she was taken into custody. She will not have a chance to be released or to pay a bond until she sees an immigration judge at an indeterminate time.

Pablos is a nationally recognized immigrant rights and reproductive rights, activist. She is base in Washington D.C. and is a long-time member of Mijente. Friends and family are asking for supporters to sign this petition.