Unable to legally seize the Embassy, new tactic is to starve us out — it won't work

Mobilization needed to end the siege and defend the Embassy!

Share this alert on social media and on your email lists! 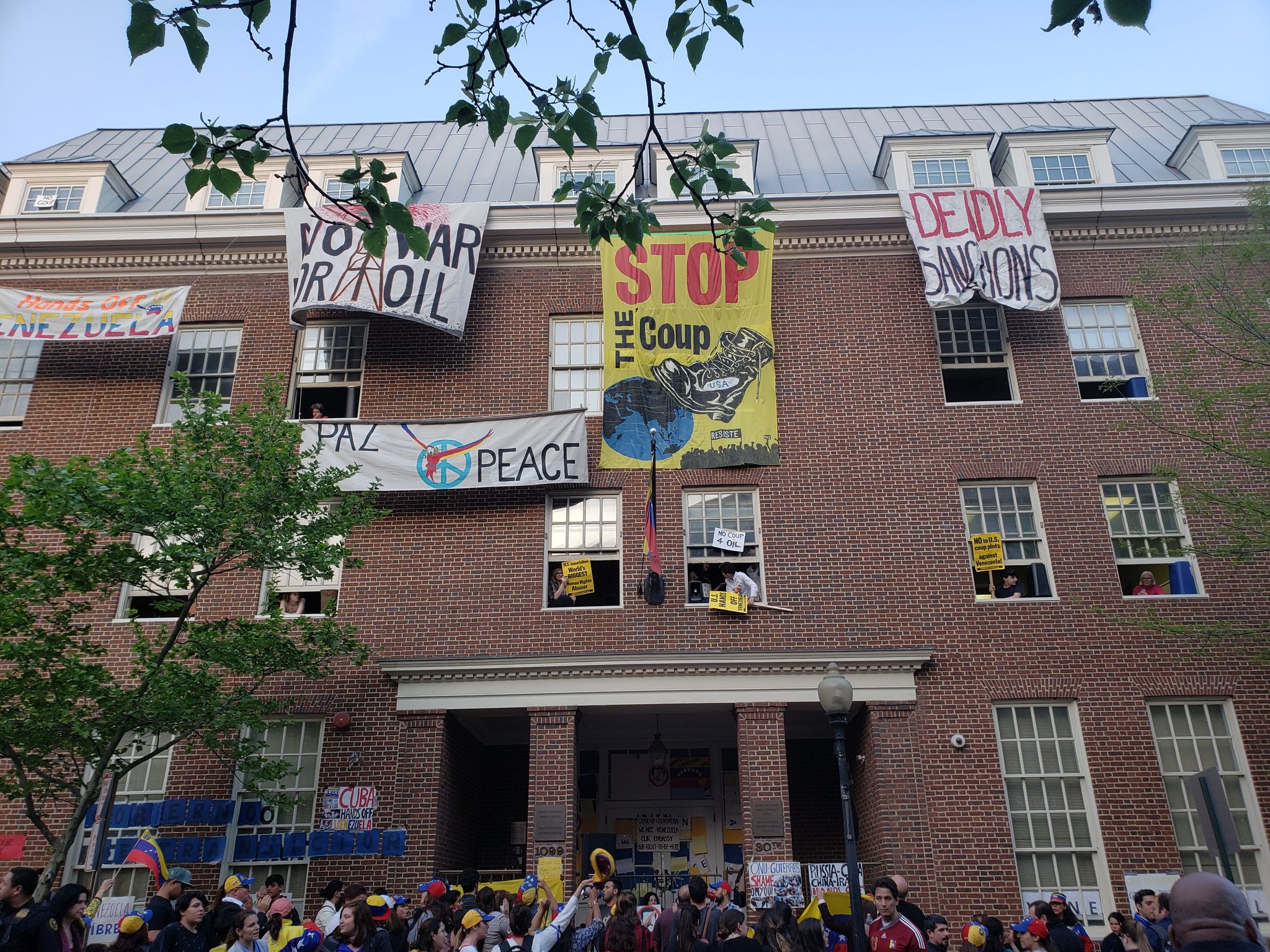 We had an incredible win these last few days in defense of peace and against the Trump administration's illegal coup efforts. The Embassy Protection Collective remains inside. This struggle, however, is far from over.

Unable to legally seize the building, the Secret Service and police are now facilitating the right-wing howling mob outside the Embassy. The police agencies are surrounding and blocking anyone who approaches the building — even those invited in by the Government of Venezuela, which owns the building. The Secret Service, together with the full-time right-wing mob outside, stopped all food and medicine from entering for many hours yesterday, and arrested individuals outside for throwing food up through an open window. Finally the Secret Service relented and let some food and medicine go in, but only for a moment — restoring the blockade immediately afterwards.

The defeat of Juan Guaidó's coup this week, and the failure of his "Ambassador" Carlos Vecchio's effort to take the Embassy, have increased the government's rage and desperation.

What is needed now is mass mobilization to defend the Embassy and demand an end to the siege. The Embassy Protection Collective, ANSWER Coalition, CODEPINK and Popular Resistance are calling for all progressives and anti-imperialists to rally at the Embassy at 1pm on Saturday, May 4.

The administration and U.S. intelligence agencies have coordinated with the ultra-right wing supporters of Juan Guaido to attempt to seize the Embassy. They were stopped by the combination of stalwart disciplined activists who held their ground and a legal strategy that defined and asserted their rights.

The plans to raid the Embassy and arrest peace activists present at the invitation of the Venezuelan government  have so far failed. Their new tactic to lay siege to the building can also be defeated if we mobilize urgently.

Ahead of the attempted seizure this week, Mara Verheyden-Hilliard of the Partnership for Civil Justice Fund, representing peace activists who have been staying at the Venezuelan Embassy in Washington, D.C., sent a letter to the Director of the U.S. Secret Service and the Chief of the D.C. Metropolitan Police Department. Here is a copy of the full letter from the PCJF.