Shutting down fascist Milo Yiannopoulos: Victory in Chicago, next week in Southern California 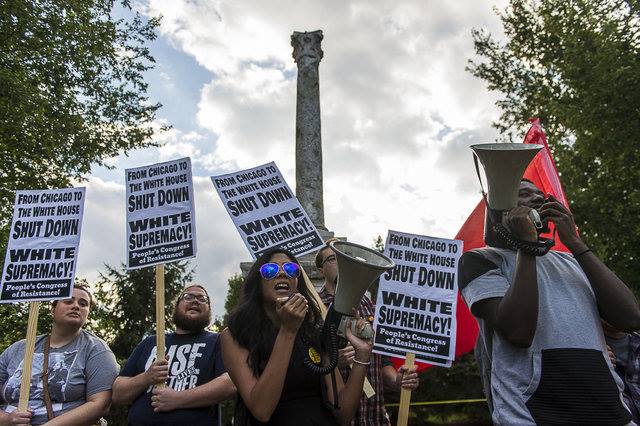 Milo Yiannopoulos is on tour across the country spreading vile, fascist hatred of all varieties. Progressive people have been mobilizing to counter him, and recently scored a big victory in Chicago when Yiannopoulos was forced to cancel his event in the face of what was clearly going to be a major counter-protest. The Chicago chapter of the ANSWER Coalition, the principle organizers of the anti-Milo action, wrote last week:

"The Patio Theater has cancelled their event with Neo-Nazi Milo Yiannopoulos! Congratulations to everyone who joined this protest and pressured the venue to cancel."

But Yiannopoulos is still planning on coming to California State University - Fullerton on Oct. 31. The ANSWER Coalition is endorsing and mobilizing for the following action organized by the Los Angeles United Front Against Fascism:

No fascist Milo in SoCal! No racist, sexist, anti-trans hate!

Fascist provocateur Milo Yiannopoulos is scheduled to bring his racist, sexist, xenophobic, transphobic poison to Cal State Fullerton. Join with the community to repel this attack on the democratic rights of the people. Help organize and mobilize against all fascist aggression.