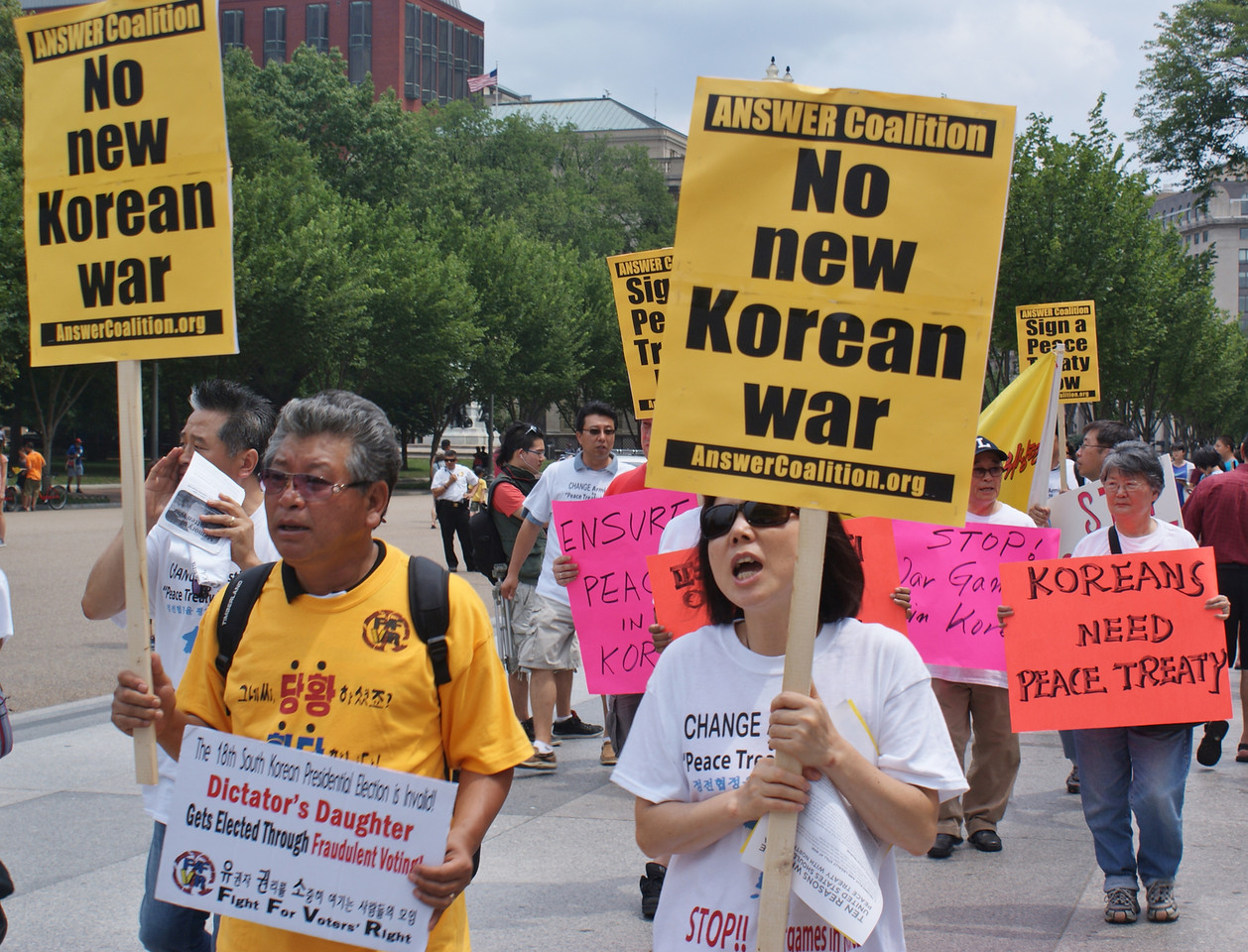 The ANSWER Coalition joins with progressive people in Korea and all around the world who are celebrating the positive steps made towards peace and reunification during the Singapore summit between Kim Jong-un and Donald Trump.

We are likewise disgusted at the reaction from the politicians in Congress – with Democrats in the lead – along with the Pentagon generals and their bought-and-paid-for reporters who are clamoring for a return to the path to war. Anti-war organizations and individuals need to stand up in a counter-mobilization of our own to thwart their efforts to sabotage the peace process in Korea.

The corporate media coverage of the summit and its aftermath oozes with colonial arrogance and racism. North Korea (DPRK - the Democratic People's Republic of Korea) is a country with the right to self-determination, just like any other, but its insistence on being treated with respect and negotiated with as an equal is being met with utter contempt. The ludicrous objection that the declaration produced by the meeting in Singapore (which lasted less than a full day) did not include a specific road-map under which North Korea would essentially capitulate and unilaterally disarm masks the true cause of the establishment's outrage – Donald Trump is neglecting his duty as the CEO of the U.S. Empire in the pursuit of his own personal legacy and ego.

It is not necessary to give the disgusting, racist war-monger Donald Trump an ounce of credit for the positive outcome in Singapore. This was fundamentally a success for the people of Korea, North and South, who overwhelmingly desire peace and reunification, and have taken courageous steps to make this a reality. North Korea has withstood decades of suffocating sanctions while developing a powerful military deterrent that forced the United States government to the bargaining table.

There is still a long way to go. The great majority of the foreign policy and Pentagon elites of the United States are dead set against the burgeoning peace process and want to maintain their colonial-style military occupation of the South.

The ANSWER Coalition will do all it can to show solidarity with the people of Korea as they take the initiative to end the 70-year-long artificial division and conflict that has brought about so much destruction and hardship.