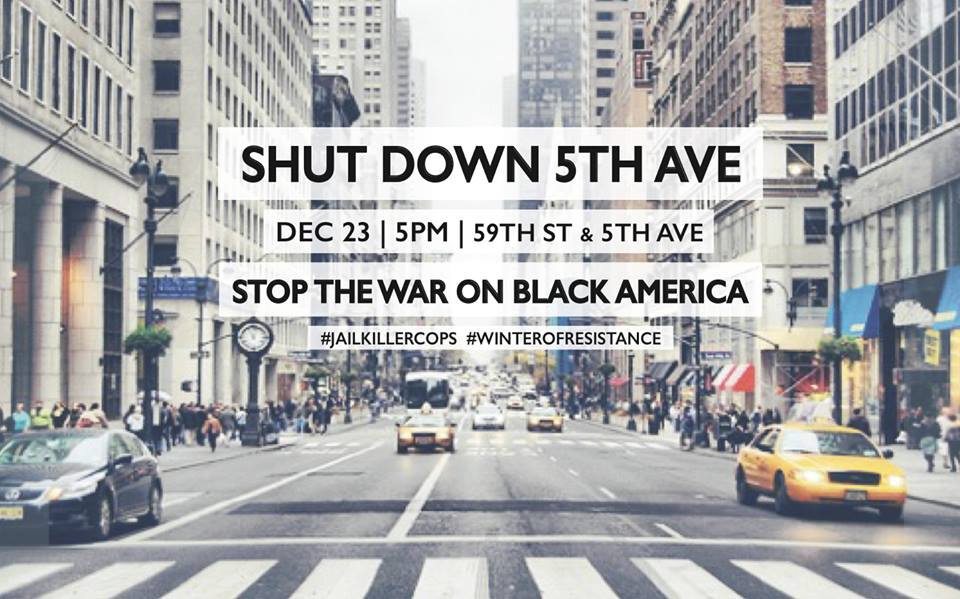 Mayor de Blasio's call for people to suspend the exercise of free speech rights in the pursuit of social justice and civil rights echoes previous government authorities who over decades have told movements to either slow down, cease activities, or be silent altogether.

This is a misguided response to the current situation and is meant to chill the expression of free speech rights. Representatives of police unions are taking advantage of and seizing upon the actions of a lone, troubled individual who shot his ex-girlfriend and then killed two police officers in Brooklyn to smear, discredit and end the broad social movement that has demanded accountability, an end to police misconduct and police violence.

They have gone so far as to assert that there is some connection between this broad civil rights movement, which has included the activities of hundreds of thousands of people across the country, with the violent action taken against police officers on Saturday in Brooklyn. This is an act of dishonesty and another grave miscarriage of justice.

Under police pressure directed against him, Mayor de Blasio has given in to the hysteria generated by the police against a peaceful protest movement.

Instead of remaining silent, it is all the more important for people around the country to stay active and demand an end to the epidemic of police violence that is ravaging Black and Latino communities throughout the United States.

Injustice hasn't stopped. The mayor's call for a suspension of democracy and the exercise of free speech rights in the face of ongoing injustice is outrageous. Just today, the Milwaukee District Attorney announced he would not press charges against the white police officer who shot 14 times an unarmed African American man, Dontre Hamilton.

We intend to continue to exercise our free speech rights upheld by the U.S. Constitution to assemble and engage in peaceful protest against police violence. These rights are not conditioned on the approval of any elected official.

The long-planned protest for tomorrow -- Tuesday, December 23 -- will proceed as planned. Many organizations and individuals will be gathering at 5:00 p.m. at 59th St. and 5th Ave. We are expecting to have a peaceful protest, and expect the police and mayor to respect our right to do so.