Thousands pour into the streets in Japan against war bills

The struggle against the presence of the U.S. armed forces and the reactionary, militaristic policies of the Abe administration has rapidly grown in recent weeks as key war bills approach a vote in the parliament. The following was compiled from reports from Yoshio Nakamura of AWC-Japan, an anti-war organization on the front lines of this movement. 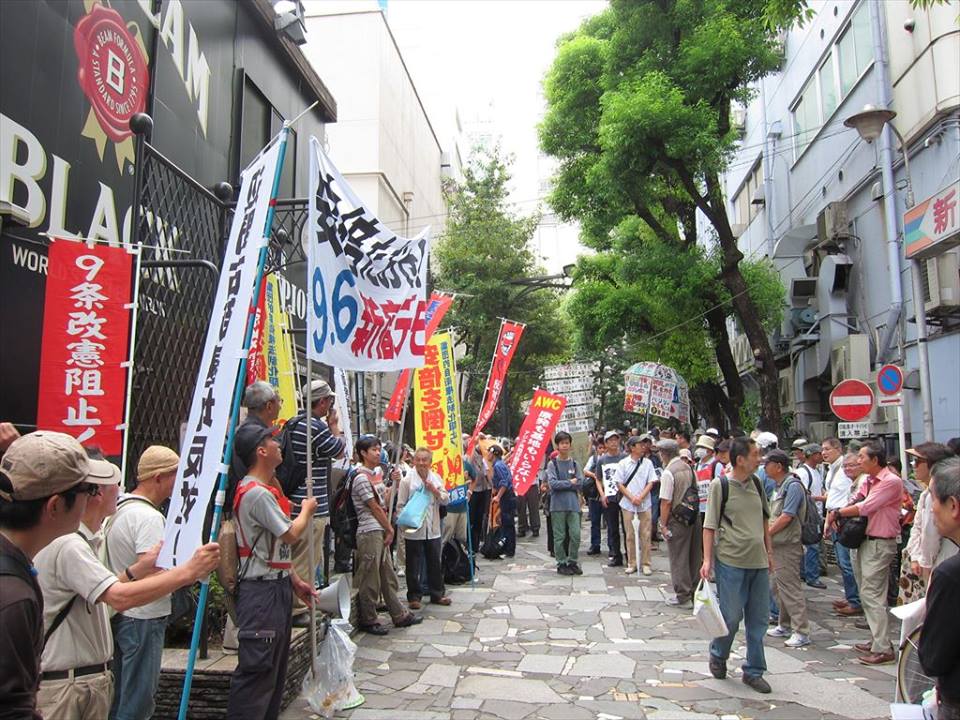 The Anti-War Committee held a demonstration on Shinjuku, a crowded area in Tokyo. The committee is a leftist coalition within the broad people’s movement in Japan, which has clear a anti-imperialist and anti-liberalism line.

The main slogans of the demonstration criticized the Abe administration and its reactionary policies. They included: “Bring down the Abe administration!”, “Scrap the war bills!”, “No to U.S.-Japan military alliance!”; “No more U.S. base in Okinawa!”; “All the U.S. troops, out of Asia!”; and “Resist reactor restarts!”

Young people form the Student Hunger Strike Committee and an Okinawa solidarity group also joined the demonstration. We also thank the ANSWER Coalition-U.S. and the AWC Korea Committee for their solidarity messages to our demonstration.

During the demonstration in the crowded area, the committee called on people to stand up to resist the reactionary Abe administration in this crucial moment. 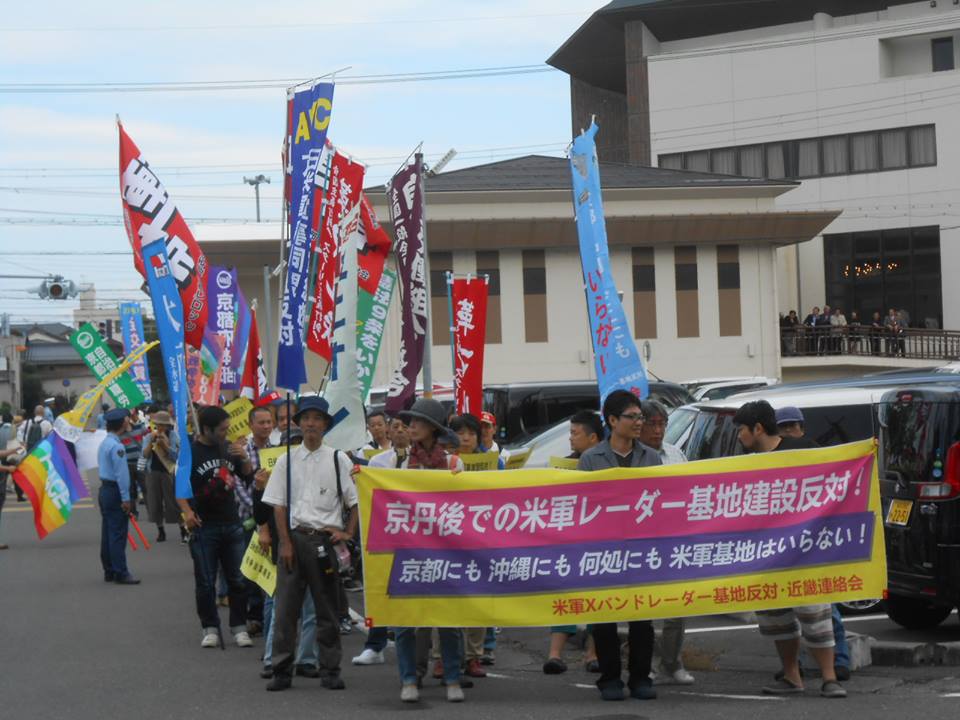 September 12
People gathered at Tatashima-city, Shiga prefecture to protest the U.S.-Japanese joint military exercise that was launched on Sept. 6.

Takashima-city has a large military training field of Japanese Ground Self Defense Forces (GSDF), namely the Aibano Training Area. This kind of Japanese GSDF training area become ‘temporally facilities of the U.S. forces in Japan’ when they use them for military exercises and other purposes.

People who oppose consolidating the U.S.-Japanese military alliance marched near the training area, demanding an immediate stop of the joint military exercise. 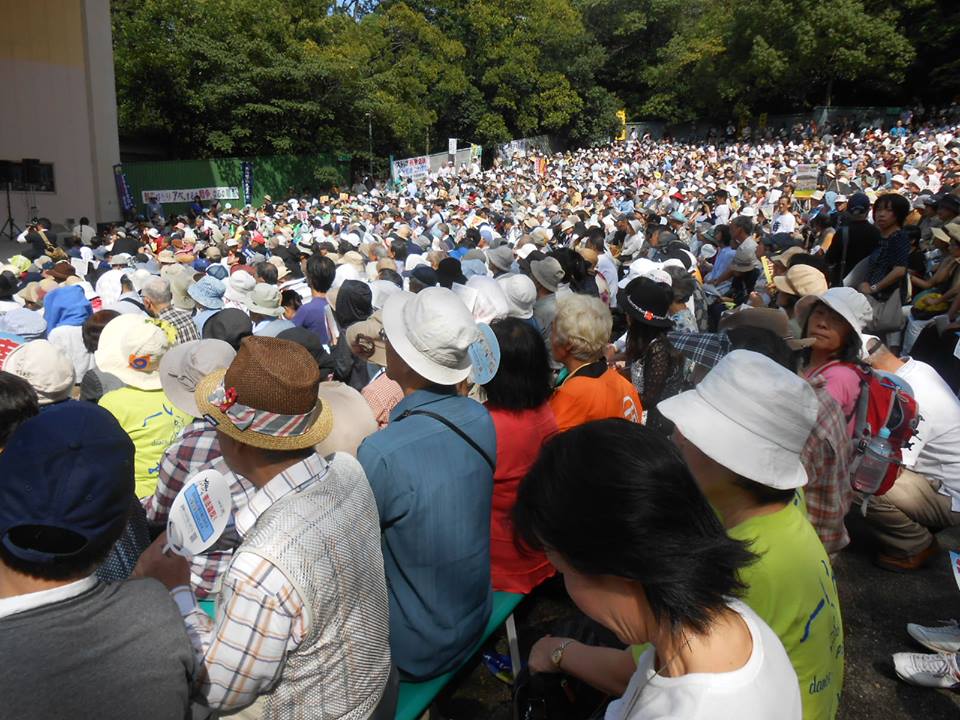 In Kyoto, a large number of people took to streets again, demanding that the government scrap the new “security” bills or more accurately war bills.

The situation will reach its climax next week. At the moment, the Abe administration intends to pass the war bills next Thursday or Friday. All peace loving people in Japan need to devote themselves entirely to stop it.

Only further development of the militant people’s struggle outside the Diet can scrap the bills and the administration’s war drive. 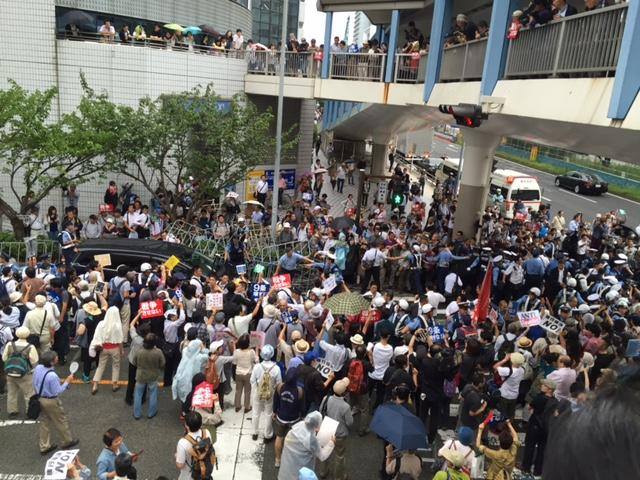 Mass protest against the war bills is growing and expanding more and more.

In Yokohama, people sat on a street to stop the holding of a public hearing that is part of the process toward passage of the bills in the Upper House.

In Tokyo, 35,000 people protested at the Diet building until late night, shouting ‘Scrap the war bills!’ and ‘Abe’s resignation, now!’ During the protest, police unjustly arrested at least 13 protesters, including a member of the Student Hunger Strike Executive Committee.

Against of the background of further expanding people’s opposition outside, lawmakers of opposition parties are thoroughly resisting the passage of war bills inside the Diet building.