Support bold moves towards peace and reunification in Korea

North Korean leader Kim Jong-un and South Korean president Moon Jae-in held a second historic summit September 18-20. They agreed to several major steps that will inject renewed and badly needed energy into the burgeoning peace process on the peninsula. Below is more information on how people in the United States can show solidarity with the Korean people in their fight to overcome the unjust, U.S.-imposed division of their country.

"Peace and Prosperity in Korea and the World" is hosted by the 2018 Global Peace Forum on Korea Organizing Committee.

This forum is designed to provide a panoramic overview and discussion of the key issues in the ongoing U.S.-Korea peace process. Comprised of leading scholars, civil society and faith-based peace organizers, the conference program speaks to a broad audience. We are in a decisive moment in history as the Korean aspiration for peace and reunification makes new strides. In the spirit of the moment, the 2018 Global Peace Forum on Korea convenes to advance genuine dialogue, sharing and understanding between those working for or otherwise concerned with peace in Korea. 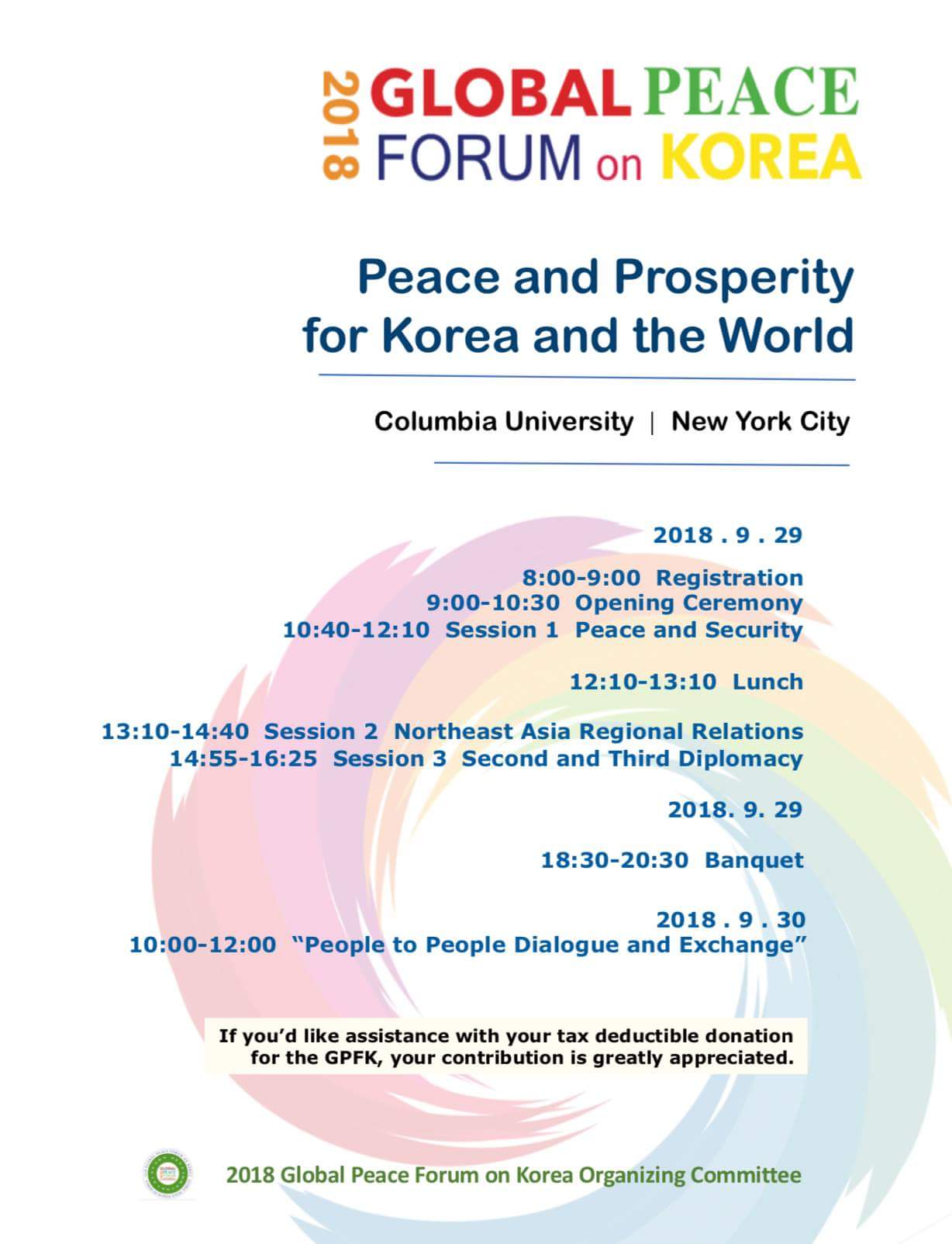 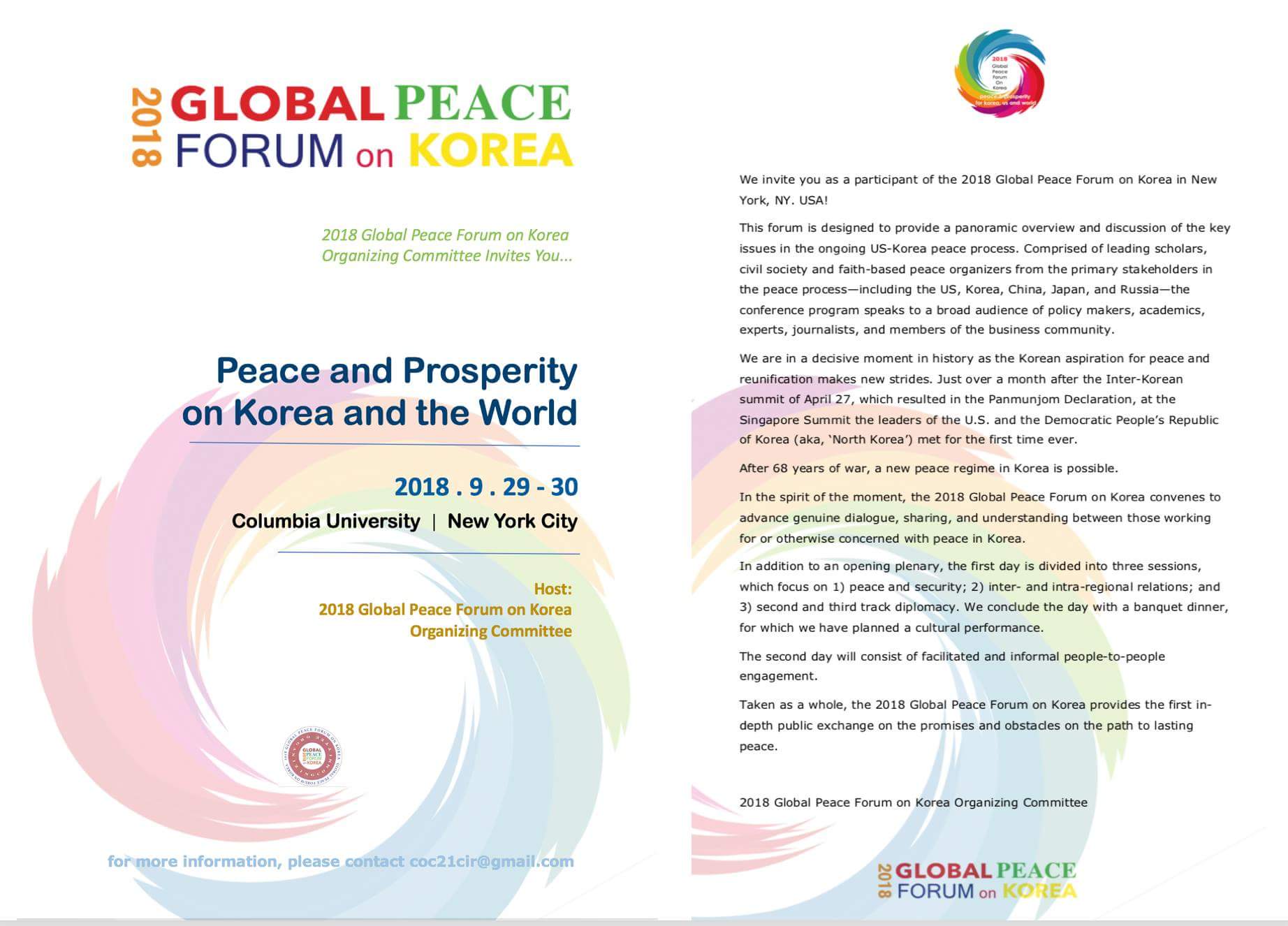 PHOTOS: Rally in Los Angeles to support the Korean Citizens Peace Delegation to the UN General Assembly that arrived in New York City on Sept. 24