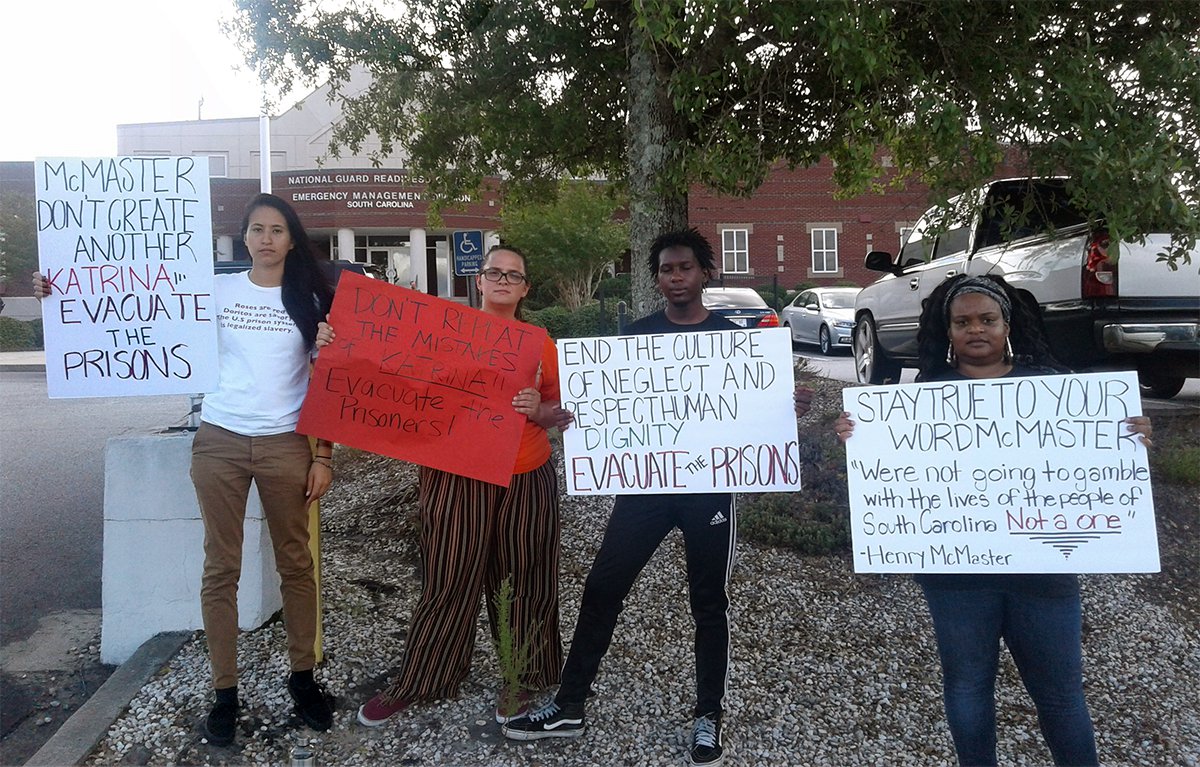 With Hurricane Florence bearing down on the mid-Atlantic and Southeast, incarcerated people are in extreme danger. While the governors of Virginia and North Carolina have relented to the demand that prisoners be evacuated, South Carolina -- a state that faces the prospect of major devastation by the storm -- has not.

In all natural disasters, poor and working people suffer the harshest consequences. Hurricane Maria's impact on Puerto Rico -- which Donald Trump is dismissing in the most arrogant, colonial terms -- is a stark example of this. In addition to the prisoners of South Carolina, all people in the path of the storm must be provided the relief they need to both stay safe and recover in the aftermath.

Many prisoners in the path of the storm have just participated in the historic August 21-September 9 prison strike, an action that galvanized widespread support across the country and constituted a major step forward in the fight against racist mass incarceration. The complete disregard shown for the lives of prisoners by the government of South Carolina is a prime example of the brutality that made the strike necessary.

Prisoners' lives are often treated with total disregard during natural disasters, such as Hurricane Katrina in 2005 and Hurricane Harvey last year. It is crucial that activists on the outside take up the urgent demand to evacuate incarcerated people now!