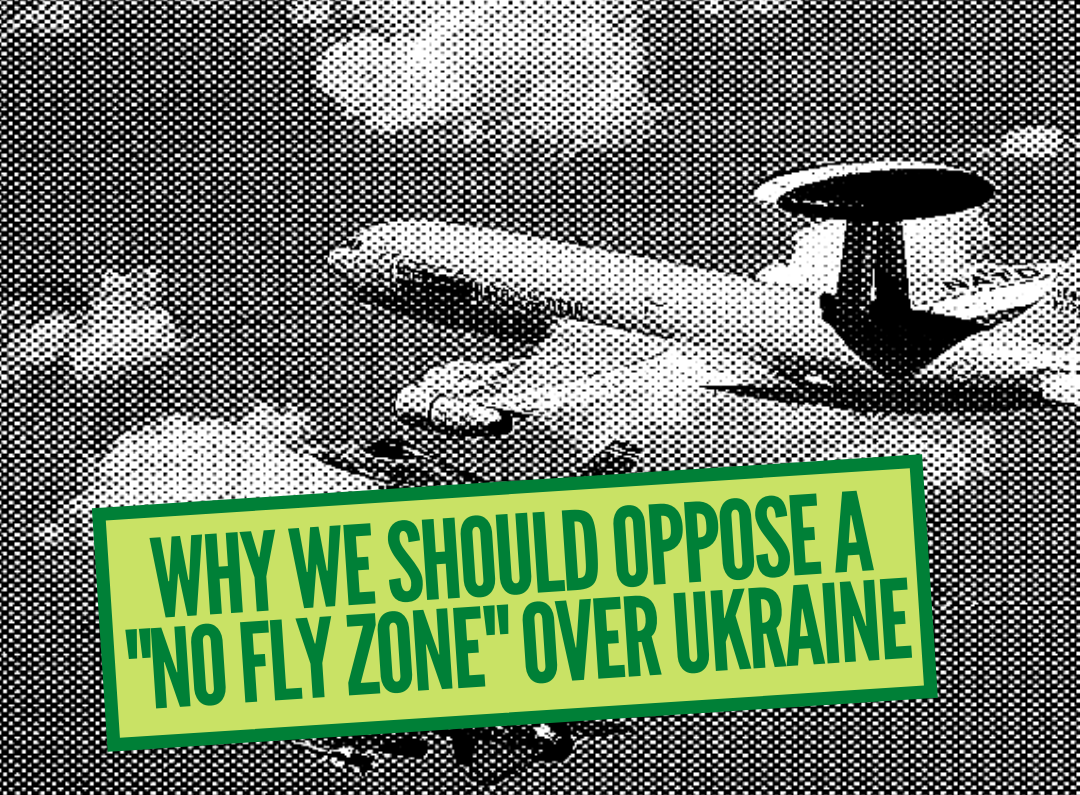 This brochure was originally published on Liberation News, newspaper of the Party for Socialism and Liberation. The ANSWER Coalition is sharing this resource on its website upon recognizing the potential of this educational brochure as a mass outreach tool to be used by all who are antiwar to reach others with an antiwar message amidst the war propaganda saturating U.S. media.

A few weeks ago, public opinion polls showed that most people in the United States were opposed to any direct involvement in a war in Ukraine. But now, as a consequence of the non-stop warmongering by the corporate media, many people support a “no-fly zone.” But this is a recipe for an even bigger catastrophe. If the United States were to declare a no-fly zone, that means that U.S. aircraft would shoot down Russian aircraft — open armed conflict between the two largest nuclear powers!

The Party for Socialism and Liberation is distributing the following brochure across the country to combat the pro-war frenzy being promoted by the media and ruling class politicians. We want peace — not World War III! 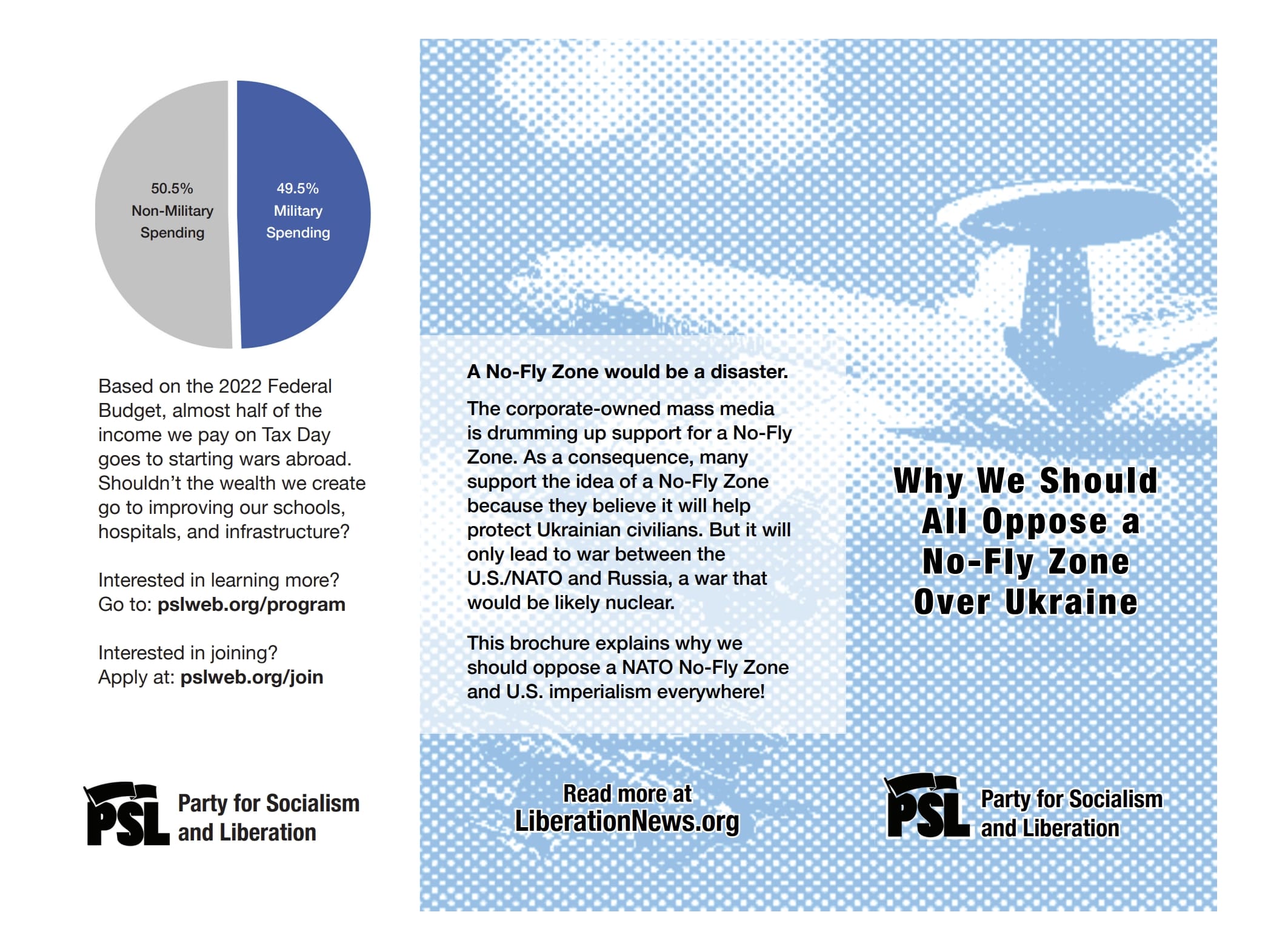 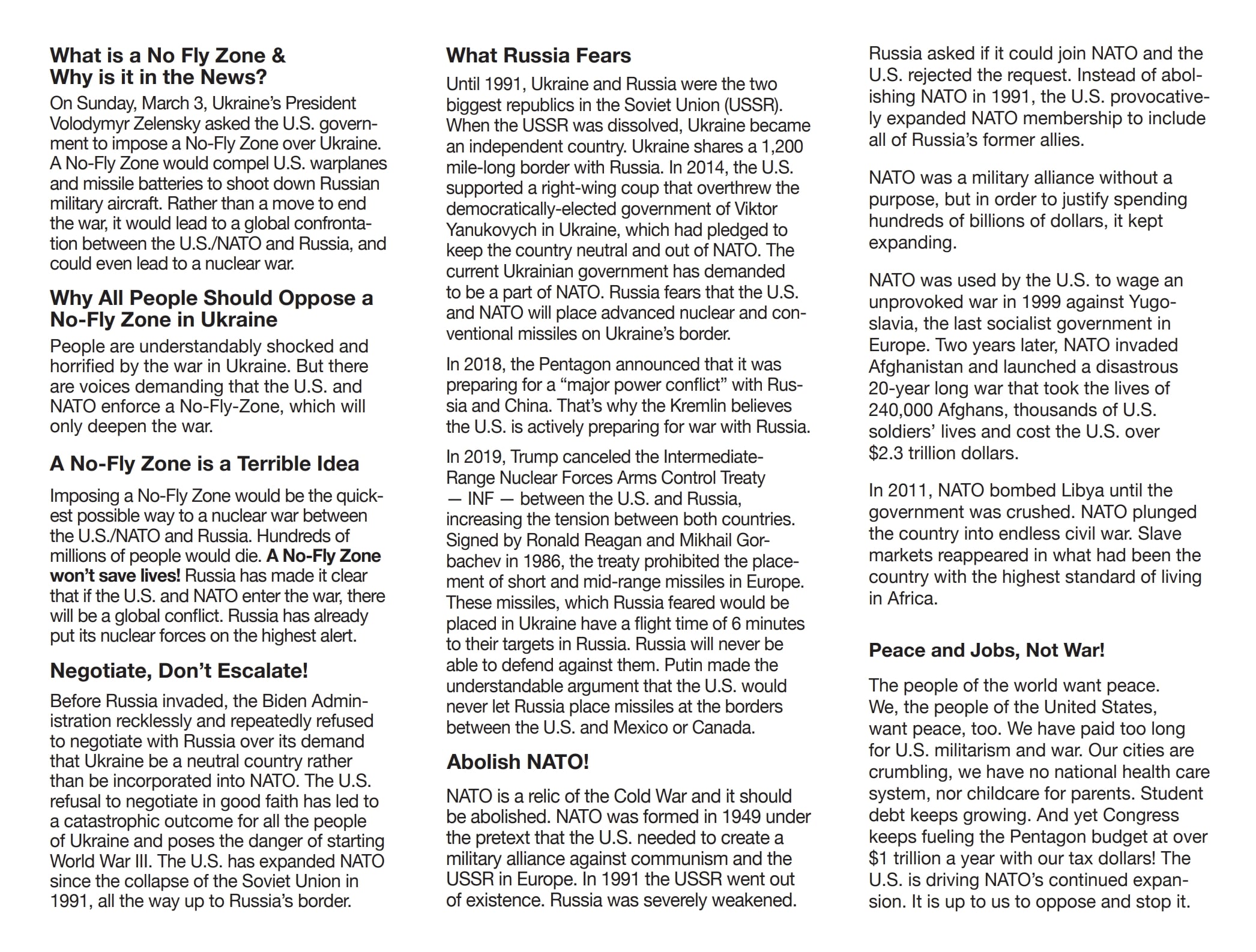