Workers fight for $15 and a union: reports from across the country

Low-wage workers and supporters organized historic actions April 15 to demand a $15 an hour minimum wage and a union. Tens of thousands responded to the call in over 300 cities around the world. Below are reports from some of the demonstrations. 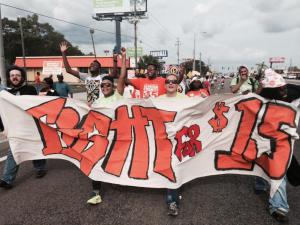 On April 15 in Tampa, after a full day of events, five hundred people marched from Copeland Park to McDonald’s and Burger King on Fowler Ave to demand a $15 minimum wage and a union for low wage workers. As part of the Fight for 15 national day of action, activists stopped West-bound traffic on Fowler for twenty five minutes chanting “We are the workers, the mighty, mighty workers,” and “15 and a union! 15 and a union!” Liberation spoke to participants to learn more about the low wage workers struggle. 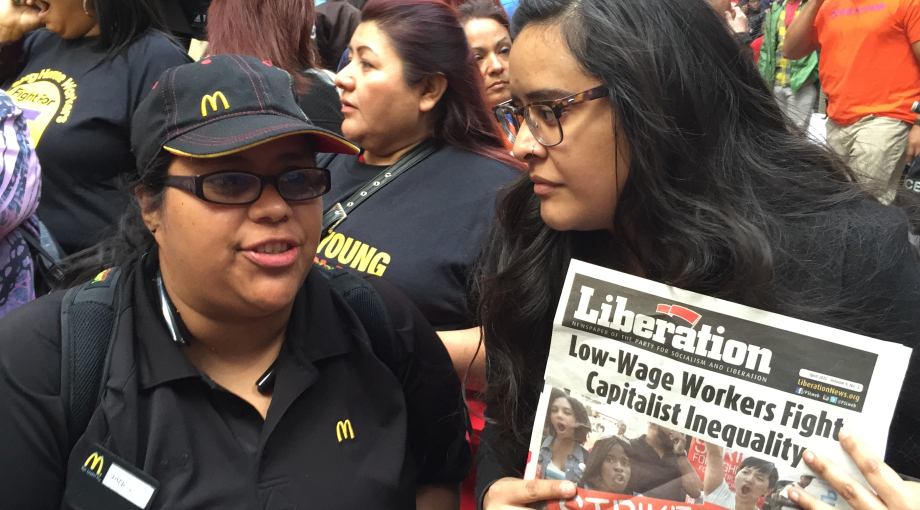 The voices of workers on the streets of Chicago: Thousands took to the streets in Chicago in support of the national Fight for 15 Strike Day. The rally for the strike started at 4pm at the University of Illinois at Chicago. Workers, students and community groups all came together to demand $15 an hour and the right to a union. Video by Jim Rudd. 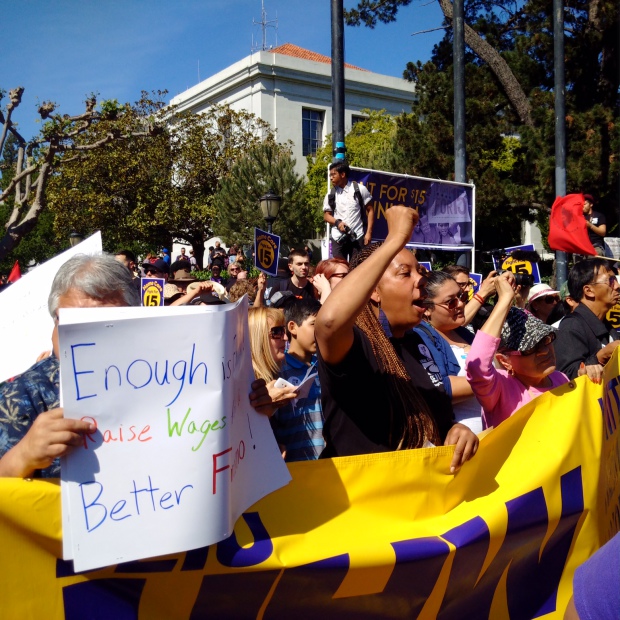 Mass resistance from low-wage workers, students, union organizers, and other groups showing solidarity for the “Fight for 15″ campaign erupted on April 15 across the Bay Area, in conjunction with demonstrations that spanned over 200 cities throughout the U.S. The day-long strike was a culmination of two years of union organizing and was also an organic response to decades of degradation of the rights of working class people. 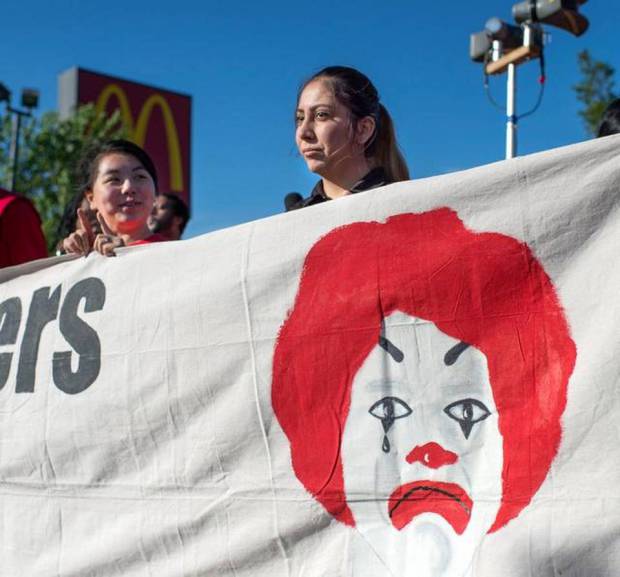 On April 15 massive marches took place all across the country demanding a $15  minimum wage and a union. Students, activists, and other union members participated but at the heart of this historic day of action were low wage workers.

Fast food workers who already are financially desperate risked their livelihoods and went on strike. Against the wishes of their employers they did not show up to their shifts and instead participated in the one day unfair labor practice strike. 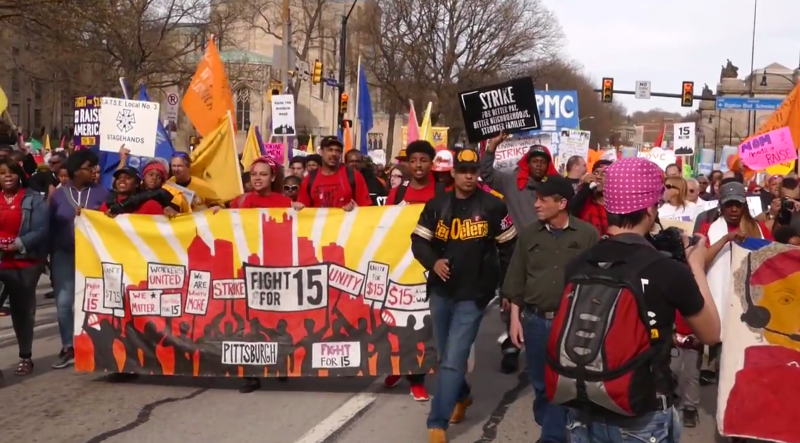 Two thousand workers flooded the streets of Pittsburgh, Pa. on April 15 to demand a raise of the minimum wage to $15/hour and a union for all. The action took place at 4:00pm in front of the Cathedral of Learning in the densely student-populated area of Oakland.

Fast food workers, union organizers, health care workers, students, activists, adjunct professors, and many others from various sectors of the working class came together on the national day of action after months of tireless organizing around Pittsburgh and its neighboring communities to get the word out; working class people can not, and will not, accept the meager wages they are given for their hard work while the companies that employ them pull mega-profits from their struggle to survive. 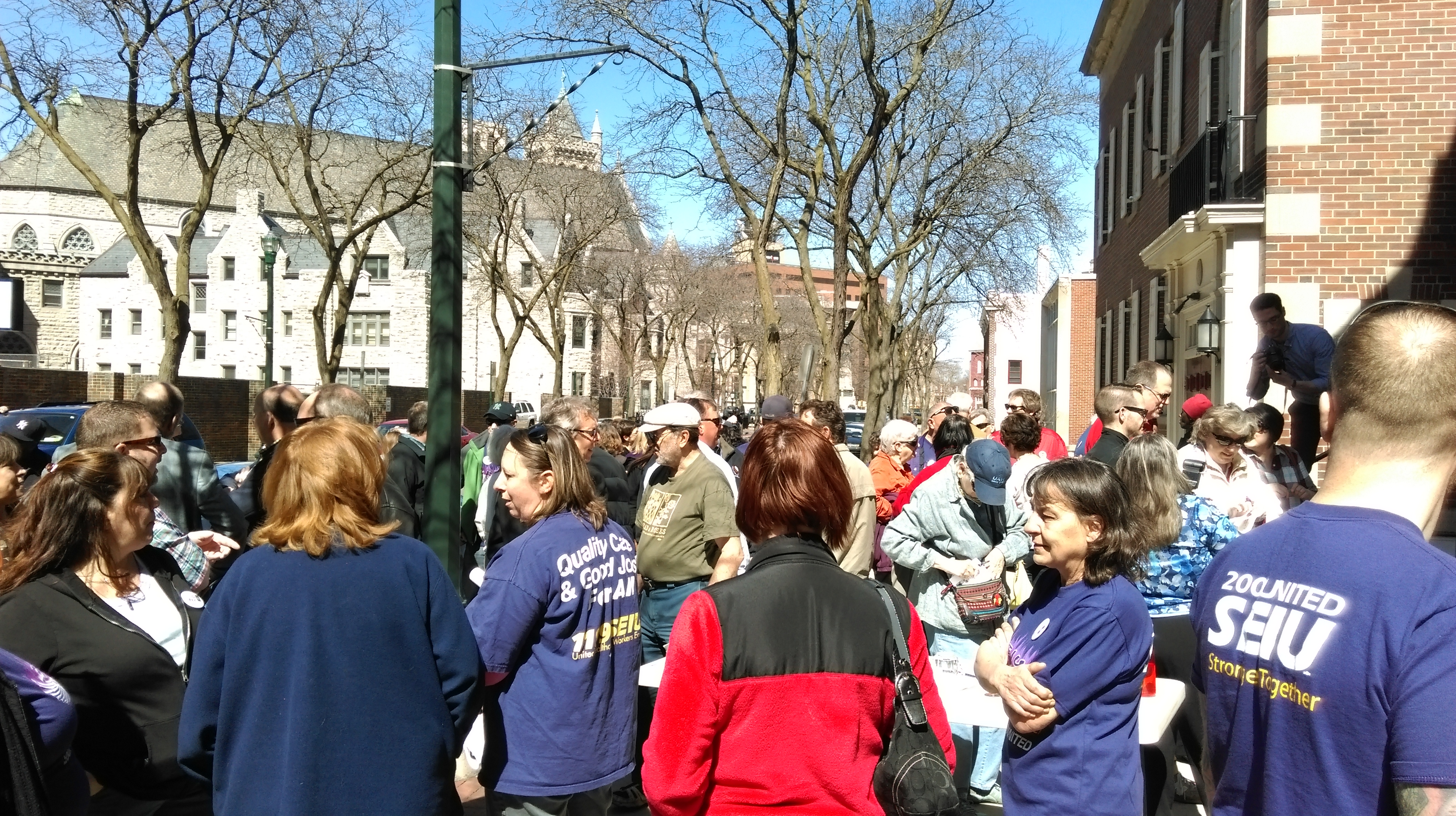 On April 15 about low-wage workers from around the Syracuse area joined the actions across the country in the fight to raise low-wage workers’ hourly wage to $15 an hour. People ranging from gas station workers to former low wage workers spoke at the rally to build solidarity. The 1199 SEIU local union chapter and the Workers Center of CNY organized the rally.