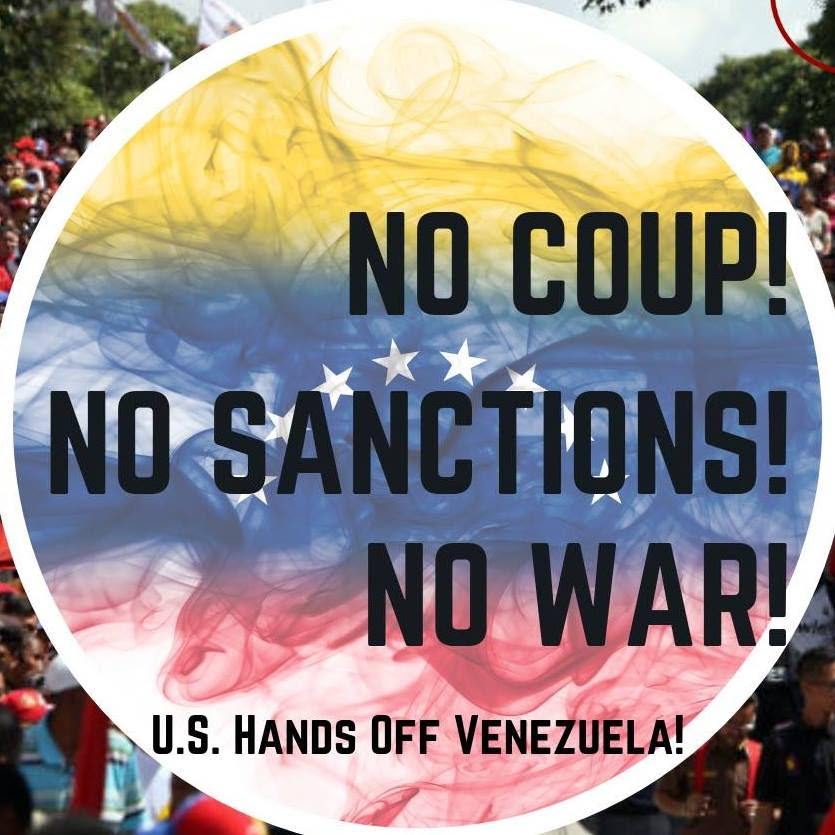 Drop the charges against Embassy defenders!

UPDATE: In violation of international and U.S. law, police invaded the Venezuelan Embassy and arrested the Embassy Protection Collective members who were inside. The four are now in police custody. Join us on Saturday, May 18, 12 noon, Powell & Market Sts. in San Francisco (rain or not) to protest the unprecedented U.S. seizure of the embassy of another sovereign state, and to demand: “Drop the charges against the Embassy defenders – U.S. Hands Off Venezuela!”

Right-wing and fascist thugs have laid siege to the Venezuelan Embassy. The electricity has been cut off. The water has been cut off and people attempting to bring food were violently attacked and arrested. The Secret Service and the D.C. Police Department, under orders of the Trump Administration, have created a humanitarian crisis in the heart of Washington D.C. at a diplomatic compound that is protected by the Vienna Convention.

Momentum is building all over the country in defense of the Embassy Protection Collective and in opposition to the Trump Administration's lawless attempt to seize Venezuela's Embassy.

Peace activists have been residing inside the Venezuelan Embassy, since mid-April to protect it from takeover by the Trump Administration as part of the U.S. orchestrated coup, they are there as the invited guests of the owner of the building, the Venezuelan government. Organized by CODEPINK, Popular Resistance and ANSWER Coalition, they formed the Embassy Protection Collective. They are demanding that the electricity and water be turned back on, and that food and medicines be allowed inside.