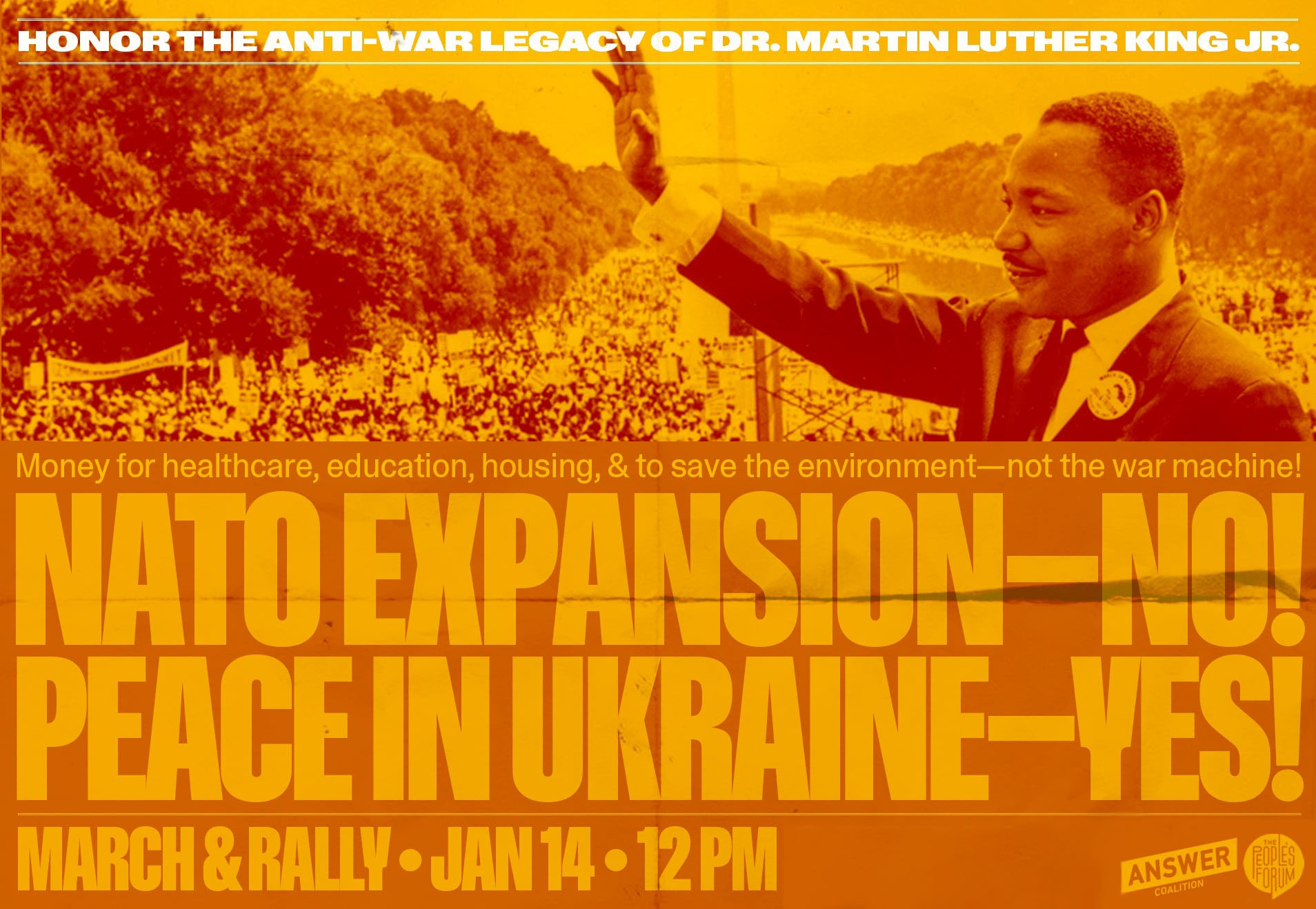 It is crucial that opponents of the U.S. war machine stand up for peace as the Biden administration and Congress deepen their proxy battle in Ukraine. In the federal budget that was just passed and signed into law, the U.S. government has committed an additional $45 billion to this effort. In another provocative escalation, the Biden administration announced that it was sending the advanced Patriot missile system to Ukraine -- bringing a catastrophic direct conflict with Russia ever closer.

On November 19, the ANSWER Coalition and The People’s Forum hosted a major standing room-only event in New York City focused on the Ukraine conflict under the theme “The Path to Peace in Ukraine”. More than 20,000 people watched the event online. Noam Chomsky, Vijay Prashad and Jill Stein were among the speakers who called for an end to NATO expansion and insisted that the U.S. government reverse its policy of escalation and ever-increasing militarism and war spending.

On Saturday, January 14, in conjunction with the Dr. Martin Luther King, Jr. holiday weekend, we are building another major event in New York City that will begin with a noontime rally at Times Square followed by a march and an indoor rally/teach-in.

The New York action was initiated by the ANSWER Coalition and The People's Forum, and is endorsed by Veterans for Peace, Code Pink, Party for Socialism and Liberation, United National Anti-War Coalition, WBAI Radio, Peace in Ukraine Coalition, NYC-DSA Anti-War Working Group, and others.

A parallel rally will take place in San Francisco on January 14, 12 noon at Powell and Market Streets.

Join us to honor the true anti-war legacy of Dr. King. In the last year of his life, before an assassin’s bullet took him, Dr. King was organizing all around the country against what he described as the “Three Evils” of our society: militarism, racism and poverty. Honoring Dr. King in a meaningful way means to build an ever stronger movement for peace and against social and economic injustice. This must include using society’s vast resources to fund healthcare, housing, education and to save the environment – rather than the bloated war machine.

Let’s work and build together for a peaceful tomorrow!