‘End’ of Afghanistan occupation a lie 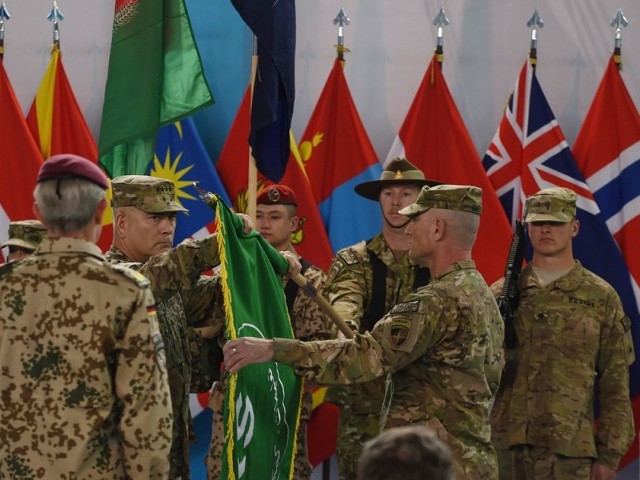 Taking a break from his Christmas vacation in Hawaii, President Obama gave a speech at a Marine base claiming that “Next week, we will be ending our combat mission in Afghanistan.” This is not true. Nominal control over military bases may have been handed over to the Afghan government, but the U.S. government is set to continue its occupation indefinitely with nearly 11,000 troops. They will be joined by thousands of soldiers from other NATO member countries.

The term “combat mission” is used in a highly misleading way by generals and politicians to sell their strategy to a U.S. public that has largely turned against the war. U.S./NATO forces in Afghanistan have been gradually withdrawing from the country, but by the end of 2014 this process will end. It will be immediately followed by a mission with an indefinite mandate that will supposedly focus on training and “advising” the soldiers of the pro-imperialist Afghan government.

Operating under the mandate of a Bilateral Security Agreement signed by the United States and the Afghan government, the stay-behind mission was initially supposed to involve 9,800 troops. However, after intensification in the fighting, U.S. Secretary of Defense Chuck Hagel announced that an additional 1,000 soldiers would remain deployed, and emphasized the flexibility they will have to engage in combat if their commanders decide it is necessary.

Imperialism fails to stabilize the situation in its favor

On Dec. 28, a ceremony was held to mark the formal end of the occupation. This event, however, was held in secret for fear that it would be attacked. The supposed end of the combat mission in Afghanistan is by no means a clean victory for the coalition of imperialist and imperialist-aligned governments that invaded the country in 2001.

For the first 13 years of the U.S.-led occupation, the leader of the internationally recognized Afghan authorities was Hamid Karzai. Although he was hand-picked by imperialism for the job, towards the end of his presidency Karzai became an increasingly vocal critic of U.S./NATO atrocities committed against Afghan civilians, a sign not of his principled support for independence but the inability of the United States and others to defeat the forces resisting the occupation.

However, presidential elections were held in April and June, ending Karzai’s term. His replacement is U.S.-educated former World Bank official Ashraf Ghani. However, Ghani was only able to take office after a tense standoff over electoral fraud that threatened to turn into a major crisis for the puppet authorities.

After three months of threats and negotiations, which caused the inauguration ceremony for the new president to be delayed for weeks, an agreement was finally reached between Ghani and his opponent Abdullah Abdullah. Abdullah would recognize Ghani’s victory in the election, and in return a new post—called Chief Executive Officer—would be granted to Abdullah. The crisis has been defused, but it remains very much in question whether these two bitter rivals can work together in government. The government still has not named a cabinet despite being in office for three months.

Meanwhile, the people refuse to accept the occupation or the Afghan authorities installed by it. As they take over the bulk of responsibilities in the war, record numbers of Afghan government soldiers are dying as the fighting sharpens—approximately 5,000 were killed this year alone. Over the same period, the United Nations estimates over 3,100 civilians have been killed.

While the resistance forces are composed of many organizations with a range of ideological orientations—not exclusively the Taliban, as media in the United States portray it—there is always an intensification of the conflict in the “summer fighting season.” With a much smaller contingent of foreign troops present, there are concerns that the government will suffer serious defeats next summer.

Regardless of the proclamations made by the managers of this system, the occupation of Afghanistan continues, and so should opposition to this injustice. During the current period of increasing struggle inside the United States, progressive organizations and individuals can show solidarity with our sisters and brothers in Afghanistan and point out that freedom and self-determination need to be respected everywhere.