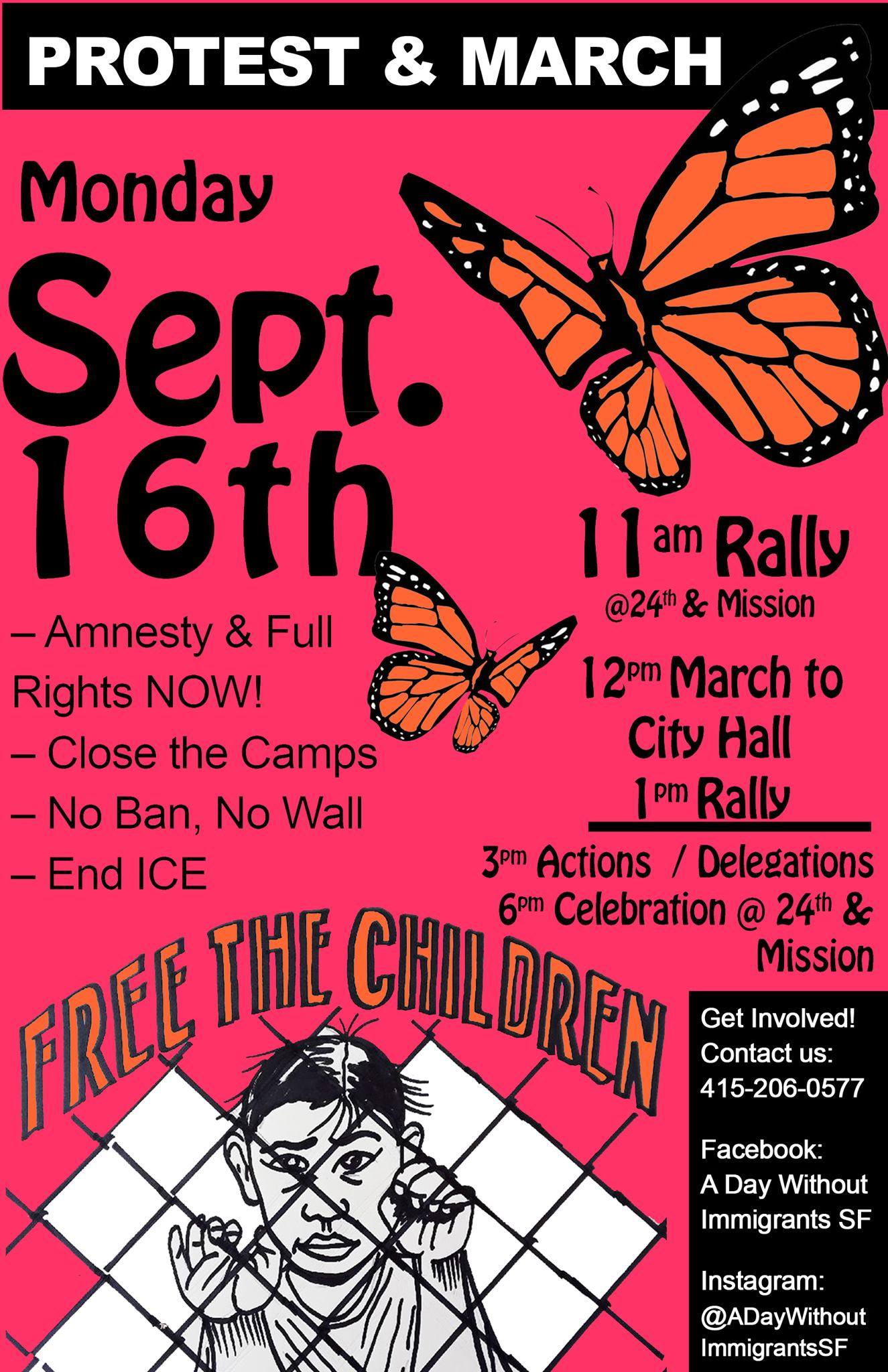 On Monday, September 16, 2019, Mexican Independence Day, community members from throughout the Bay Area will join together to protest and demand the detention camps be closed and children be freed from cages. We are outraged at the inhumane conditions that exist at the detention centers. We condemn the criminalization of migrants and refugees who are seeking a better life and we are taking action to bring about real immigration reform.

The recent killing of 22 people in El Paso, Texas, the majority of Mexican descent, points to the direct connection between anti-immigrant sentiments and white-supremacist domestic terrorism. It is deplorable that the President of the United States continues to use inflammatory rhetoric to incite domestic terrorism against what he calls the “invasion” of immigrants. We stand in direct opposition to this divisive hate speech which is responsible for the killing of innocent U.S. citizens and Mexican nationals.

WHEN: Monday September 16, 11 am - 6 pm (Representatives will also be available to speak to the media at the City Hall rally)

WHO: The protest and rally action is organized by the Coalition to Close the Camps and Free our Children. It is endorsed by many groups and individuals throughout the Bay Area (see partial listing below)

WHAT: Over 500 children will lead the march to City Hall, along with youth, families, faith-based groups, activists, and union members. There will be ceremonial prayers, Danzantes (traditional dancers), Loco Bloco drumming, Brass Liberation Band, and dynamic speaking to demand justice for immigrants. Speakers will describe experiences of immigration and of the oppression under the current administrations racist policies.

The ANSWER Coalition is a co-sponsor of the Sept. 16 action.