‘I am Renee Felton and I am marching July 25′ 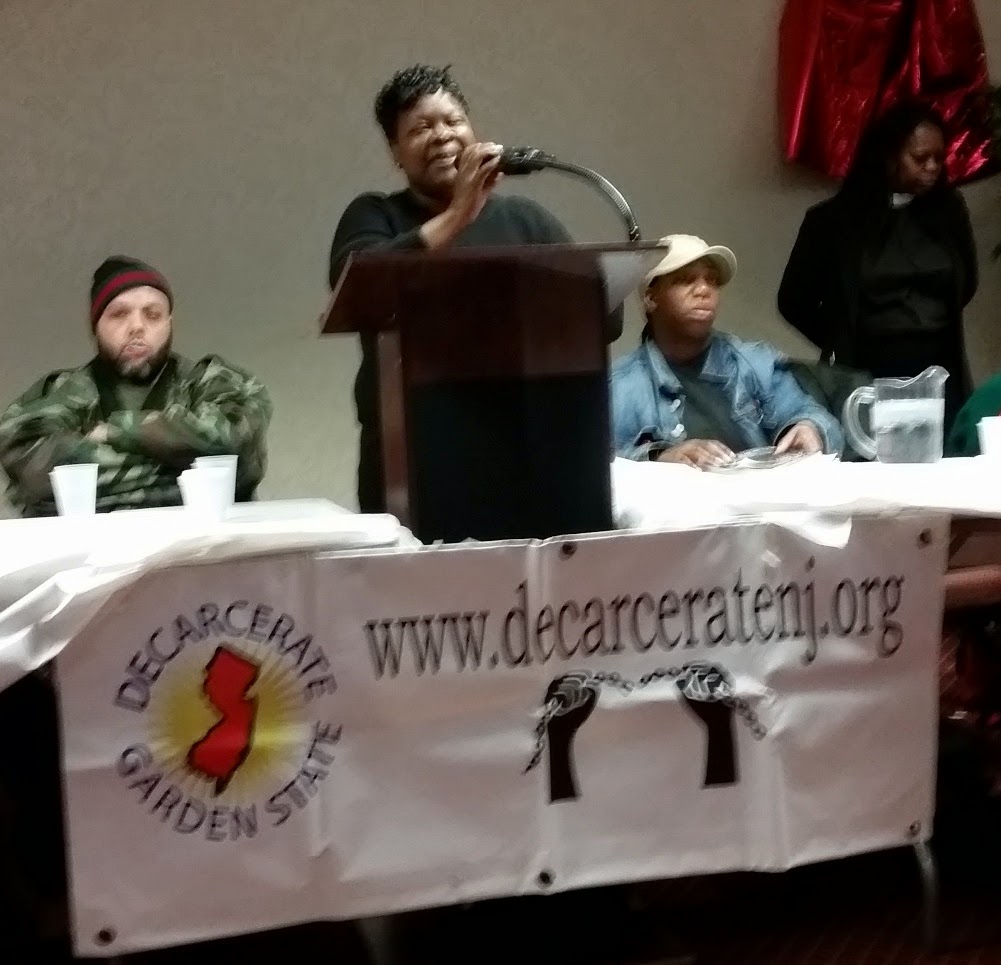 “I am Renee Felton and I am going to march at the Million People’s March in Newark, NJ, to stand up against police brutality and for those who are unjustly incarcerated,” said Renee Felton, mother of Kwadir Felton who was shot, blinded and then jailed on false charges to cover up the violent actions of a racist cop in Jersey City, NJ.

“I am going to support all the march’s demands and call for justice for my son who was shot in the head by a cop and is now unjustly incarcerated,” added Renee.

“It is a chance to let everyone know that we are fighting for our people, for justice. To stand up to say #Blacklivesmatter. I am going and want to tell everyone that being at the march is the right thing to do.”

“There’s a lot of corruption involved in Kwadir’s case—Kwadir does not belong in jail. He’s in jail to protect this cop.”

“Tomorrow I am meeting with Kwadir’s appeal attorney way past Trenton, me and Kwadir’s father. We are going there to speak with him to put in the paperwork for Kwadir’s appeal that is being held up.”

“Sometimes it feels like we are all alone. But we are not alone.” “I’m sorry for the loss of all the mothers who will be there like me, because I am going through the same thing. I can’t imagine what these mom’s feel who have lost their sons or daughters from police murder.”

“I am more than happy to march side by side with them,” concluded Renee.