Actions against the TPP Nov. 12-23: #NoLameDuckUprising

The following call to action was issued by the Flush the TPP campaign. The ANSWER Coalition encourages its supporters to participate 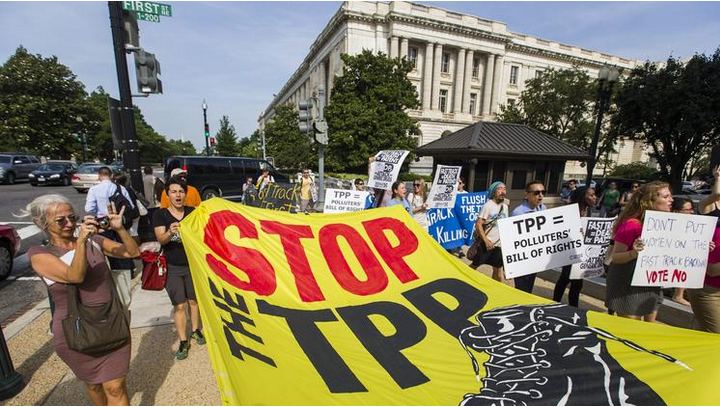 As we speak, the White House is preparing Congress to pass legislation that would ratify the Trans-Pacific Partnership (TPP) during the coming Lame Duck session. Just last week, Obama insisted that the ratification of the TPP in Congress will "get done," as he marketed the anti-democratic agreement in Vietnam.

That is why this November, we are launching the #NoLameDuckUprising!
We need thousands to join us as we make the TPP impossible for Congress to pass.

The #NoLameDuck Uprising begins on Nov. 12-13 with an action camp in Washington, D.C. We will use the first days of the Lame Duck session to mobilize thousands of people for actions in DC from Nov. 14-17.

We will bring the resistance back home between Nov. 21-23 when folks from every corner of the country will pressure their state's members of Congress to vote against the TPP.

Spread the word about the #NoLameDuck Uprising... the TPP cannot pass