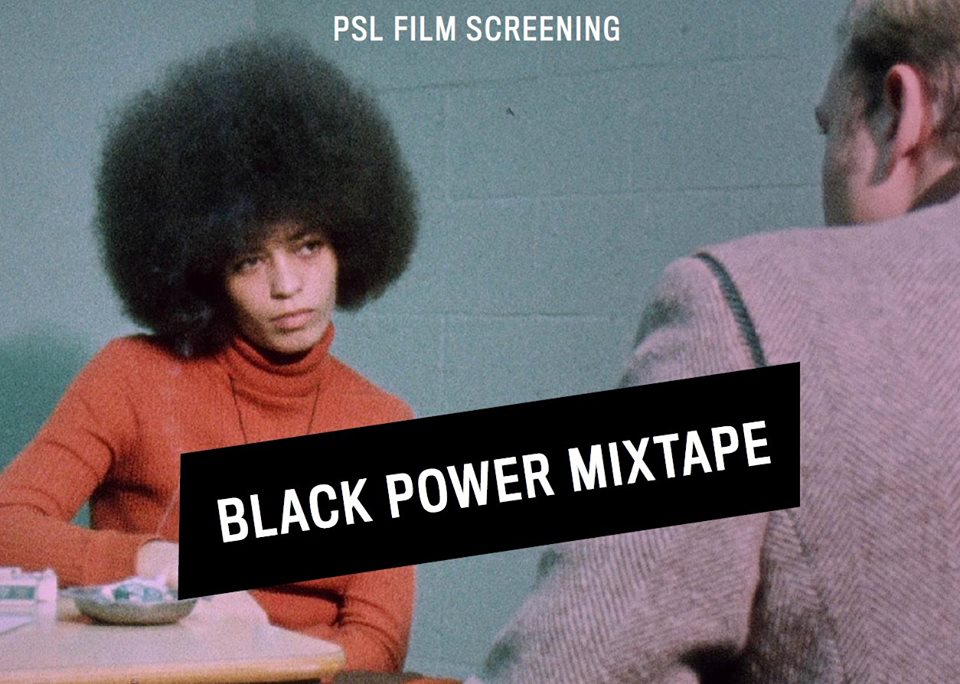 Join the PSL for a screening of the film "The Black Power Mixtape" and report-back from organizers of recent Ferguson solidarity actions in Los Angeles. Stick around for discussion about the current nationwide movement against racism and police violence, and what can be done to further advance the struggle.

The Black Power Mixtape examines the evolution of the Black Power Movement in the Black community and Diaspora from 1967 to 1975. The film combines music, startling 16mm footage (lying undiscovered in the cellar of Swedish Television for 30 years), and contemporary audio interviews from leading African-American artists, activists, musicians and scholars. Includes interviews from Angela Davis, Stokely Carmichael and many more revolutionaries.

This inside look at the Black Power movement and some of its leading revolutionaries provide important insight, inspiration and questions for today's movement.

No RSVP required, feel free to bring friends. We will ask for a $5 suggested donation at the door but nobody will be turned away for lack of funds. Event hosted by the Party for Socialism and Liberation.

Reza Root
Donate to the Movement Volunteer - Get Involved Today