“We are marching on the 25th’ – Newark Student Union

Watch this video on the struggle of the Newark Student Union to save schools—they will be among the marchers at the Million People’s March on July 25 in Newark. 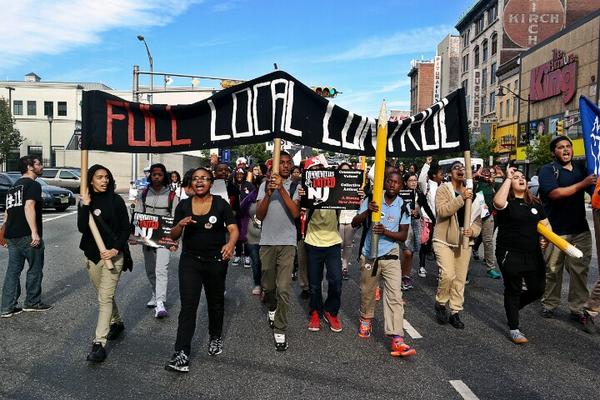 “We are marching on July 25th,” said Roberto Cabanas of the Newark Student Union.

The NSU has been in the forefront of the struggle to stop the state takeover of the Newark school system—a takeover that has meant privatization and closing down schools in the most racist way.

“Stop One Newark”—the rallying cry against the state’s privatization plan for the school system of Newark—has echoed at militant demonstrations in the past years. Kristin Towkaniuk, the former president of the NSU—which was banned by the state appointed superintendent Cami Anderson—was herself brutalized during a 2014 arrest.

This past May thousands of Newark students walked out of school and closed a ramp entrance to the NJ Turnpike in protest.

Between 2012 and 2014, 17 public schools were closed and students were removed from their local schools. Over 5,000 have been directly impacted by school closings—not being assigned to any school. The One Newark plan disproportionately affects specially oppressed students: 81 percent are African American, 18 percent are Latino and 16 percent have disabilities—95 percent live below poverty.