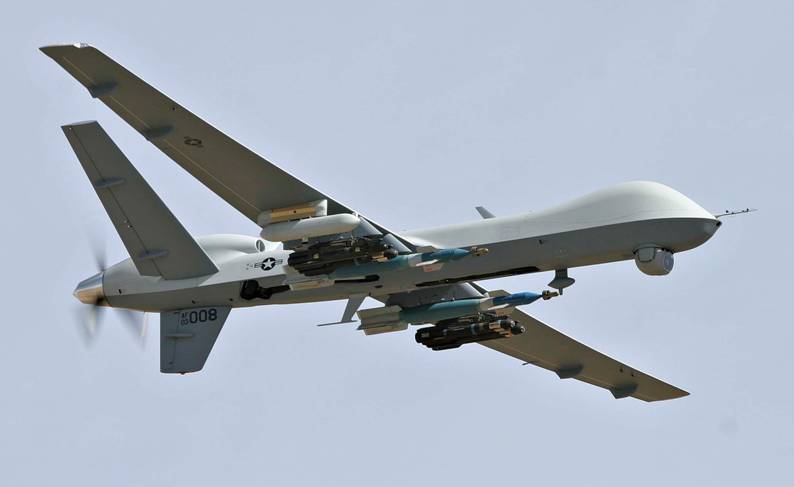 The U.S. military is building a new $100 million drone base in Agadez, the largest city in Niger, a land-locked country in Northwest Africa bordering Libya, Algeria, Nigeria and Mali.

The U.S. military already had a significant presence in Niger with an air-base in the capital Niamey, which is currently used to provide intelligence to the French-led invasion forces in Mali. The new drone base will host the newer and larger models of “Predator” drones, expanding the deadly drone program of U.S.military with the ability to launch attacks in neighboring countries such as Libya, Mali and Nigeria.

This is essentially a new milestone in the expansion of the U.S. military presence in Africa as AFRICOM (African Command) establishes another major military outpost to be added to an extensive network of more than 60 outposts and access points already present.

AFRICOM was established in 2008 with the supposed goal of bringing “peace and security to the people of Africa.” As a militarized arm of U.S. imperialism, the real mission of AFRICOM has of course nothing to do with the well being of African peoples. The main objectives of AFRICOM are to:

At a conference held in its founding year, the U.S. Vice Admiral Robert T. Moeller openly declared that the guiding principle of AFRICOM was to protect “the free flow of natural resources from Africa to the global market.”

When AFRICOM became operational in 2008, it was immediately challenged by the African Union (AU), a union founded in 2001 and consisting of 54 countries in Africa. The AU rejected any U.S. military presence in Africa, forcing AFRICOM to station its headquarters in Stuttgart, Germany.

The fall of Libya and the expansion of AFRICOM

There is a direct link between the U.S. and French military expansion in Africa and the overthrow of the government of Moammar Gaddafi in Libya.

In 2009, when Gaddafi was elected chairman of the AU, the challenge posed by the AU to U.S. imperialism grew even bigger as Gaddafi pushed for policies moving towards a deeper pan-African unity including a unified African army, currency and passport, while also providing significant funds for joint economic development projects in the region.

It is no surprise that AFRICOM played a central role in overthrowing Gaddafi’s government in 2011 as it implemented the no-fly zone and enforced a sea embargo against the Libya, paving the way to NATO bombing and the vicious destruction of the country led by the U.S., France and Britain.

For the AU, the overthrow of Gaddafi meant the loss of the union’s ability to challenge AFRICOM, having lost the political leadership and funding of Gaddafi’s Libya as Libya’s resources were plundered by oil giants and multinational corporations.

The destruction of the Libyan state at the hands of NATO also had major implications on regional security. While in power, Gaddafi’s secular government was functioning as a restraining force against the reactionary forces in the region. As Libya turned into a failed state after the overthrow of the government of Gaddafi, a flood of jihadists were unleashed, fighting under a range of terror groups, armed with tons of weapons and destabilizing the whole region. Mali and Niger were thrown into further chaos while existing terror groups such as Boko Haram in Nigeria were emboldened as they received large quantities of weapons and ammunition from stockpiles in Libya. All this provided both the humanitarian and legal cover for the military expansion of U.S. and France in the region, resulting in the criminal military intervention of France as well as the further expansion of AFRICOM in Niger, under the usual imperialist pretext of “fighting the war on terror.”

Opposing the ever increasing military presence of U.S. and France in Africa is a crucial responsibility in the overall anti-imperialist struggle.

US / NATO hands off Africa!