A prisoner swap with Cuba

From the National Committee to Free the Cuban Five: We disagree strongly with some aspects of the editorial, including its labeling Cuba a “police state,” the analogy of the Cuban Five with the Taliban and the implication that Cuba is holding Gross for ransom or political leverage (rather than because he was rightly convicted of violating Cuban law). And it simply refers to the Five as “convicted spies,” without even mentioning their anti-terrorist mission. Nevertheless, the editorial reflects the growing movement for the Five’s freedom, and a big boost in the media visibility of their case and the struggle for their freedom. It should be publicized widely. 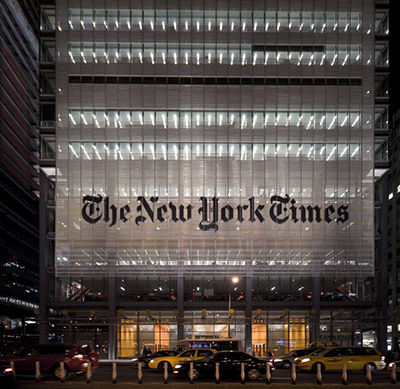 Nearly five years ago, authorities in Cuba arrested an American government subcontractor, Alan Gross, who was working on a secretive program to expand Internet access on the island. At a time when a growing number of officials in Washington and Havana are eager to start normalizing relations, Mr. Gross’s continued imprisonment has become the chief obstacle to a diplomatic breakthrough.

There is only one plausible way to remove Mr. Gross from an already complicated equation. The Obama administration should swap him for three convicted Cuban spies who have served more than 16 years in federal prison.

Officials at the White House are understandably anxious about the political fallout of a deal with Havana, given the criticism they faced in May after five Taliban prisoners were exchanged for an American soldier kidnapped in Afghanistan. The American government, sensibly, is averse to negotiating with terrorists or governments that hold United States citizens for ransom or political leverage. But in exceptional circumstances, it makes sense to do so. The Alan Gross case meets that criteria.

Under the direction of Development Alternatives Inc., which had a contract with the United States Agency for International Development, Mr. Gross traveled to Havana five times in 2009, posing as a tourist, to smuggle communications equipment as part of an effort to provide more Cubans with Internet access. The Cuban government, which has long protested Washington’s covert pro-democracy initiatives on the island, tried and convicted Mr. Gross in 2011, sentencing him to 15 years in prison for acts against the integrity of the state.

Early on in Mr. Gross’s detention, Cuban officials suggested they might be willing to free him if Washington put an end to initiatives designed to overthrow the Cuban government. After those talks sputtered, the Cuban position hardened and it has become clear to American officials that the only realistic deal to get Mr. Gross back would involve releasing three Cuban spies convicted of federal crimes in Miami in 2001.

In order to swap prisoners, President Obama would need to commute the men’s sentences. Doing so would be justified considering the lengthy time they have served, the troubling questions about the fairness of their trial, and the potential diplomatic payoff in clearing the way toward a new bilateral relationship.

The spy who matters the most to the Cuban government, Gerardo Hernández, is serving two life sentences. Mr. Hernández, the leader of the so-called Wasp Network, which infiltrated Cuban exile groups in South Florida in the 1990s, was convicted of conspiracy to commit murder. Prosecutors accused him of conspiring with authorities in Havana to shoot down civilian planes operated by a Cuban exile group that dropped leaflets over the island urging Cubans to rise up against their government. His four co-defendants, two of whom have been released and returned home, were convicted of nonviolent crimes. The two who remain imprisoned are due for release relatively soon.

A three-judge panel on the United States Court of Appeals for the 11th Circuit overturned the convictions in August 2005, ruling that a “perfect storm” of factors deprived the five defendants of a fair trial. The judges found that widespread hostility toward the Cuban government in Miami and pretrial publicity that vilified the spies made it impossible to impanel an impartial jury. The full court later reversed the panel’s finding, reinstating the verdict. But the judges raised other concerns about the case that led to a reduction of three of the sentences.

One of the judges, Phyllis Kravitch, wrote a dissenting opinion arguing that Mr. Hernández’s murder-conspiracy conviction was unfounded. Prosecutors, she argued, failed to establish that Mr. Hernández, who provided Havana with information about the flights, had entered into an agreement to shoot down the planes in international, as opposed to Cuban, airspace. Downing the planes over Cuban airspace, which the exiles had penetrated before, would not constitute murder under American law.

Bringing Mr. Hernández home has become a paramount priority for Cuba’s president, Raúl Castro. Cuban officials have hailed the men as heroes and portrayed their trial as a travesty. Independent entities, including a United Nations panel that examines cases of arbitrary detentions and Amnesty International, have raised concerns about the fairness of the proceedings. The widespread view in Cuba that the spies are victims has, unfortunately, emboldened Cuba to use Mr. Gross as a pawn.

For years, officials in Washington have said that they would not trade the Cuban spies for Mr. Gross, arguing that a trade would create a false “equivalency.”

But a prisoner exchange could pave the way toward re-establishing formal diplomatic ties, positioning the United States to encourage positive change in Cuba through expanded trade, travel opportunities and greater contact between Americans and Cubans. Failing to act would maintain a 50-year cycle of mistrust and acts of sabotage by both sides.

Beyond the strategic merits of a swap, the administration has a duty to do more to get Mr. Gross home. His arrest was the result of a reckless strategy in which U.S.A.I.D. has deployed private contractors to perform stealthy missions in a police state vehemently opposed to Washington’s pro-democracy crusade.

While in prison, Mr. Gross has lost more than 100 pounds. He is losing vision in his right eye. His hips are failing. This June, Mr. Gross’s elderly mother died. After he turned 65 in May, Mr. Gross told his loved ones that this year would be his last in captivity, warning that he intends to kill himself if he is not released soon. His relatives and supporters regard that as a serious threat from a desperate, broken man.

If Alan Gross died in Cuban custody, the prospect of establishing a healthier relationship with Cuba would be set back for years. This is an entirely avoidable scenario, as Mr. Obama can easily grasp, but time is of the essence.