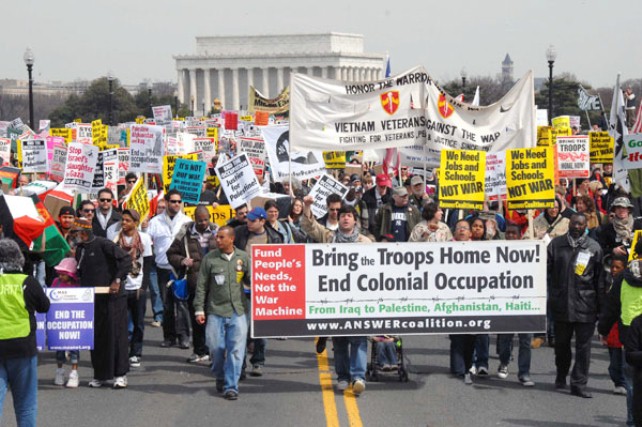 A new map of U.S. “counterterrorism” operations across the globe reveals that the U.S. “War on Terror” entailed military expansion to a third of the world between 2018 and 2020. The map, produced by the Costs of War project at Brown University’s Watson Institute of International and Public Affairs, shows that the “War on Terror”  is a euphemism for what is essentially a U.S. imperialist war of expansion, one targeting Africa, the Middle East and Southern Asia in particular.

While U.S. troops maintained a presence in Afghanistan, Iraq, Libya, Somalia, Syria, and Yemen, they engaged in combat in Kenya, Mali, Nigeria, and Somalia and proclaimed their “authority” to coordinate military operations into Cameroon, Niger and Tunisia.

Between 2018 and 2020, the United States engaged in military actions in 89 countries in the name of “counterterrorism.” The report accompanying the map states “that counterterrorism operations have become more widespread in recent years.”

Just days later, The Intercept published two Africa Command (AFRICOM) maps they obtained through a Freedom of Information Act request, which shows that the Pentagon maintains 29 military bases across Africa. The maps were released a month after AFRICOM Commander Stephen Townsend told the Senate Armed Services Committee that AFRICOM maintains a “light and relatively low-cost footprint” in Africa.

U.S. troops, according to the Pentagon’s maps, have an “enduring” presence beyond the countries identified by the Costs of War project, with U.S. forces in Burkina Faso, Chad, Djibouti, Gabon, Ghana, Senegal, Uganda and in Ascension Island.

It’s clear that, even as the U.S. foreign policy doctrine shifts away from the “War on Terror” toward “Great Power Rivalry” or confrontation with China, the former continues to play a crucial role in U.S. imperialist expansion.