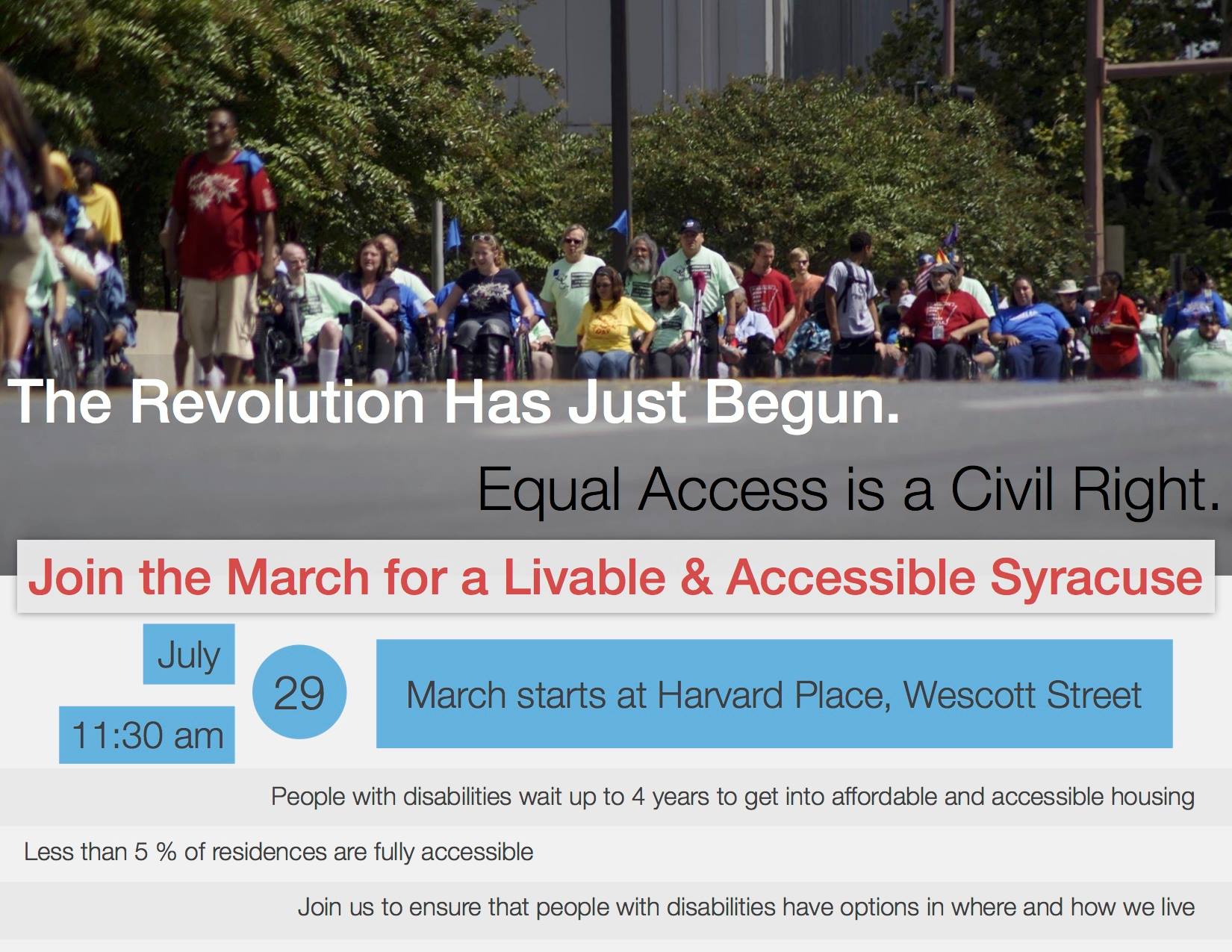 March for a Liveable and Accessible Syracuse

Syracuse ANSWER Coalition is proud to support this event organized and led by The Coalition for a Liveable & Accessible Syracuse:

On Wednesday, July 29th, at 11:30 AM, The Coalition for a Livable & Accessible Syracuse, a group of concerned community members, will hold a March for a Liveable and Accessible Syracuse to kick off a larger campaign. The campaign will focus on increasing accessible housing for those with significant disabilities who are forced on to four year waiting lists and trapped in nursing homes because they cannot find a readily accessible place to live.

The march will begin at Harvard Place and Westcott Street, then head downtown on Genesse to city hall, where organizers will be announcing the next stage of their campaign.

“The purpose of our march is not to attack or defame, but to educate, agitate, and galvanize stakeholders and concerned individuals to take action on this problem that we have seen little progress on, ”said Nick Holzthum, one of the lead organizers.

Only five percent of federally ­subsidized homes and residential buildings are required to be fully accessible, according to the U.S. Department of Housing and Urban Development.

Out of the small percentage of homes that are federally funded in Syracuse, less than five percent are fully accessible.

This march comes two days after the 25th anniversary of the Americans with Disabilities Act (ADA). “While the ADA granted many civil rights, there are still no federal mechanisms to enforce the ADA besides legal recourse,” said Holzthum.

Organizers hope that the various stakeholders involved in local housing­­ particularly politicians, housing developers, and disability agencies­ ­will work together to find a creative solution to the current crisis. Organizers seek to connect the need for more accessible housing with other local housing struggles.