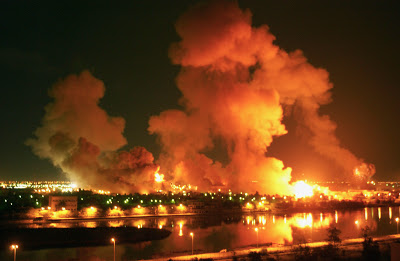 Mass Rally in Washington, D.C.
Gather at the White House
March on the Capitol Building
Saturday, Sept. 7 at 12 Noon

Time is of the essence. We have been in the streets all over the country. The opposition to a new war is everywhere. This forced the administration to step back from imminent bombings.

But the danger also exists for an even larger war against Syria as Obama seeks to make a deal with right-wing hawks like John McCain, Lindsey Graham and others.

Now is the time for the people to step up pressure on Congress and demand that they vote NO to any resolution authorizing a military attack on Syria.

On Saturday, September 7, people are descending on Washington, D.C., for a major demonstration that will assemble at the White House and march on the Capitol Building as Congress returns to Washington, D.C., and prepares to vote. This demonstration is initiated by a broad ad hoc coalition called the Vote No War Against Syria Coalition. If you or your organization would like to be an endorser of the Sept. 7 demonstration, email [email protected]

Those who can will stay over in Washington for daily demonstrations, and to maintain a round-the-clock visible anti-war presence at the U.S. Capitol building beginning Saturday, September 7 and continuing daily as Congress meets to take up and vote on the resolution.

Send an email letter right now to your elected representatives in Congress and the Senate, demanding that they vote NO on the Syria war resolution.

People around the country are organizing demonstrations this week at local Congressional offices in the representatives’ home districts to tell them to vote NO.

The ANSWER coalition has organized demonstrations and rallies all over the country for the past 10 days – including the demonstration in front of the White House that echoed into the Rose Garden as President Obama spoke Aug. 31.

Expenses to carry out these protests are significant and we need you to give as much as you can to help with the work right now.