Actions across the country show solidarity with Palestine

Protesters across the country have been pouring into the streets to denounce the latest round of Israeli repression against the Palestinian people and to show solidarity with Palestine's heroic resistance. Below are reports and photos from just some of the actions. 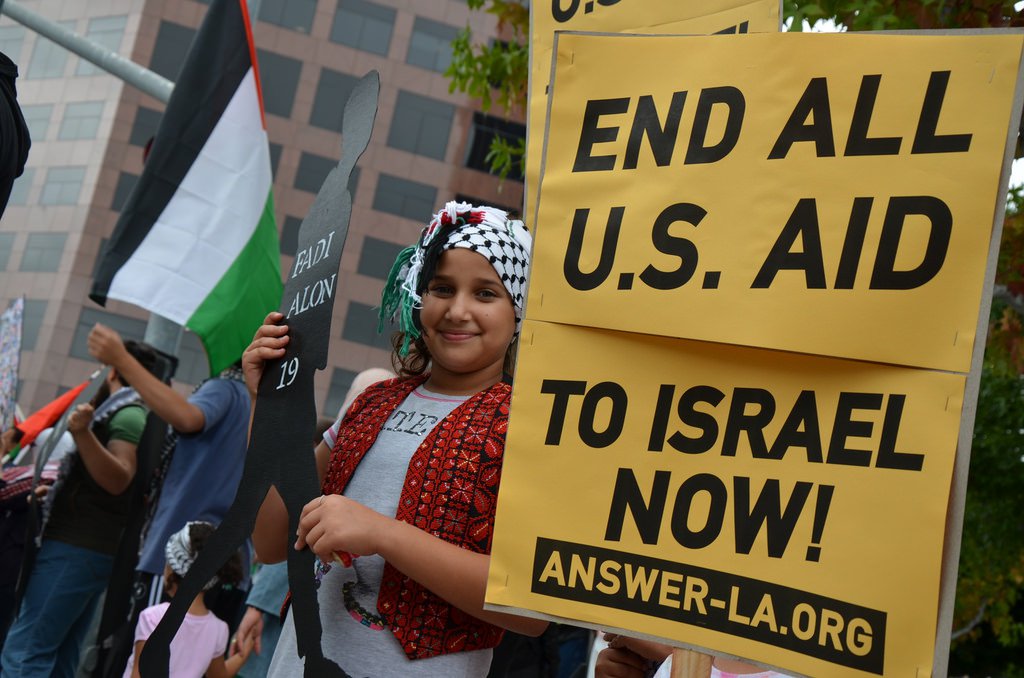 On October 16, over 200 Palestinians and their allies protested outside of the Israeli consulate in Los Angeles. The protest was organized by the ANSWER Coalition along with Al-Awda Palestinian Right of Return Coalition and endorsed by many organizations including American Muslims for Palestine, Palestinian Youth Movement, Jewish Voices for Peace. The rally was organized in response to the escalation of Israeli violence against Palestinians that has resulted in more than 30 deaths in just a couple of weeks. Many more have been injured and arrested.

This violence comes on the heels of raids and restrictions on Al-Aqsa compounds in Jerusalem by Israeli settlers and soldiers. Jerusalem is home to historical and religious sites for Christian and Muslim Palestinians and restricting their access was only the beginning of the attacks. The Israeli government has also intensified its attacks on protestors by giving free reign to Israeli occupation soldiers to shoot live ammunition at Palestinians. Israeli state officials have further encouraged the increase in roaming bands of armed settlers who have instigated the majority of violence in Palestinian neighborhoods. 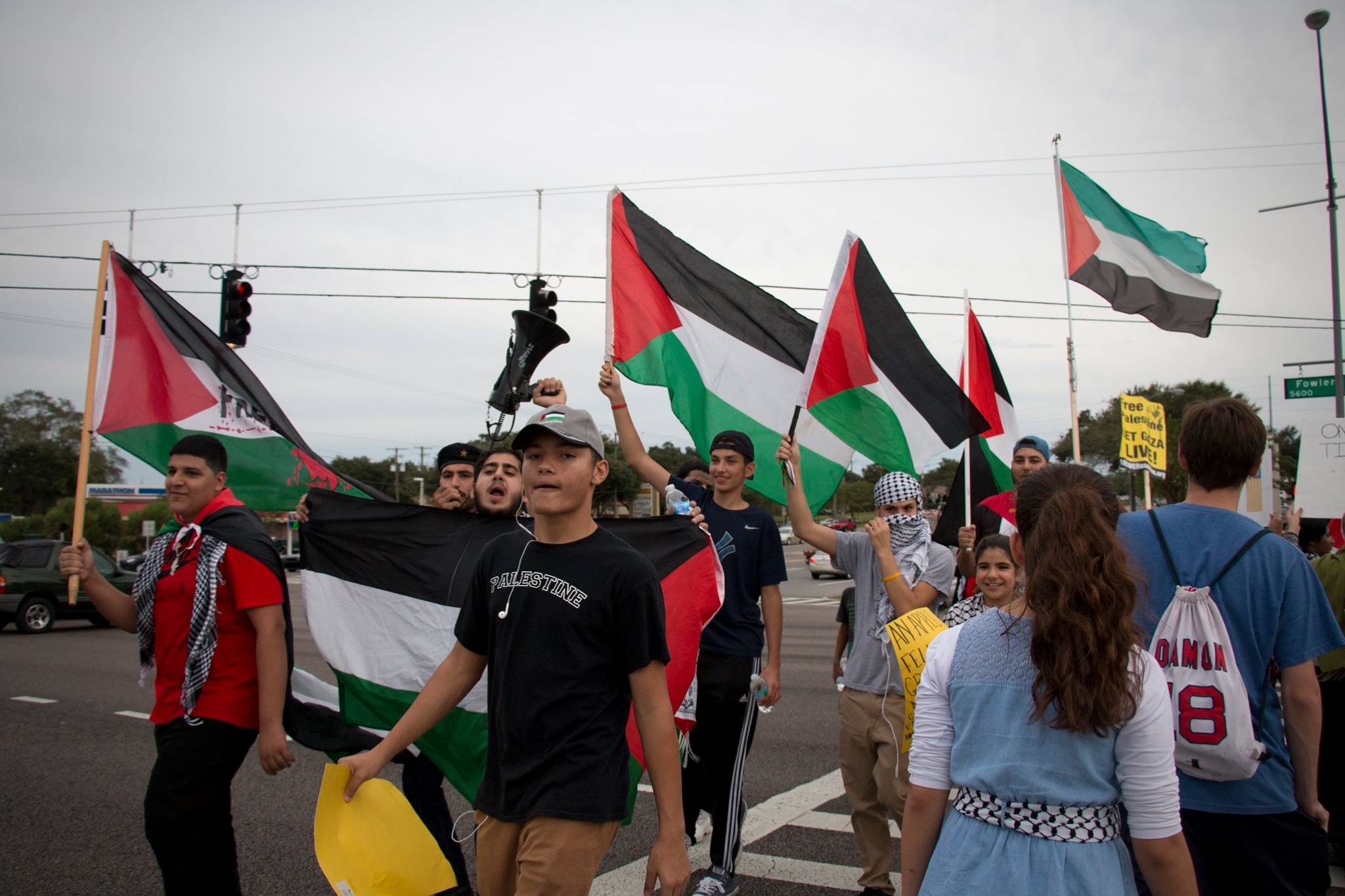 On October 16, 150 people rallied in Tampa to call for an end to Israel’s renewed attacks on Palestinians. They also called for Israel to stop barring Muslims from holy sanctuaries such as the Al-Aqsa compound and Dome of the Rock in Jerusalem.

A stunning sight, the rally captured Tampa’s attention for several hours. Large groups of Palestinian children and youth circled the intersection at the intersection of Fowler Ave and 56th Street with flags and signs. “Free, free Palestine!” they chanted. “Stop funding Israel!” Their enthusiasm spread to people waiting at the lights, who honked and waved in support. 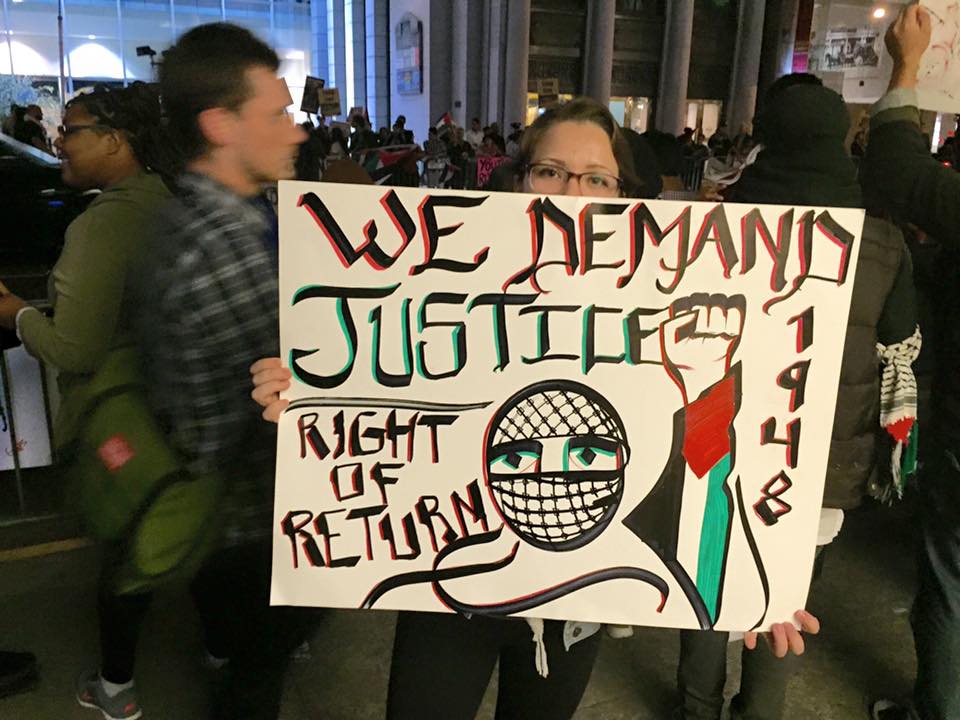 Vicious attacks by the terrorist settler-colonial state of Israel have murdered dozens of Palestinians and injured more than a thousand in recent weeks. Calls for emergency actions in solidarity with the Palestinian resistance have been heeded around the world. On October 10, the General Union of Palestine Students (GUPS) held a powerful demonstration with hundreds of people holding down both sides of the street in front of the Israeli Consulate in San Francisco.