Actions across the country #StandwithCharleston

In the wake of the terrorist attack committed by white supremacist Dylann Roof, people across the country have taken to the streets to show solidarity with the victims of the Charleston massacre. Below are videos, photos and reports from some of the actions members of the ANSWER Coalition participated in.

View a slideshow from the action in Washington, D.C. 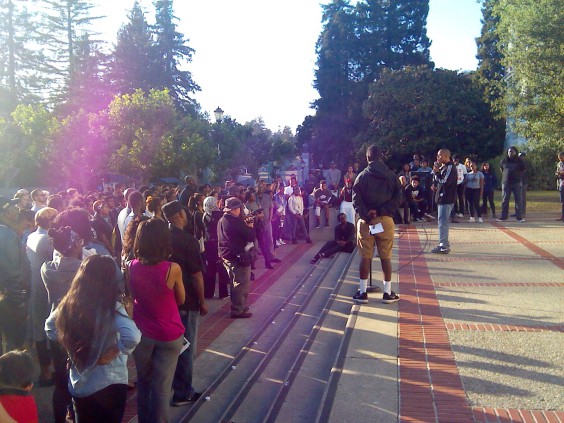 In response to the massacre at Emanuel AME Church in Charleston, South Carolina by 21-year-old white terrorist Dylann Storm Roof, the Black Student Union at UC Berkeley issued a call to action. “We are reminded that as Black people, we are not safe in this country, and why the Black Panther Party advocated for armed self-defense, because America never has and never will protect us. We must protect each other,” read the statement from the BSU.

A vigil was held on the steps of Sproul Plaza on the UC Berkeley campus, where a multi-national grouping of students, activists, and community members amassed to tackle the issues of white supremacy and terrorism in the wake of the racially and politically motivated murders on June 17th. 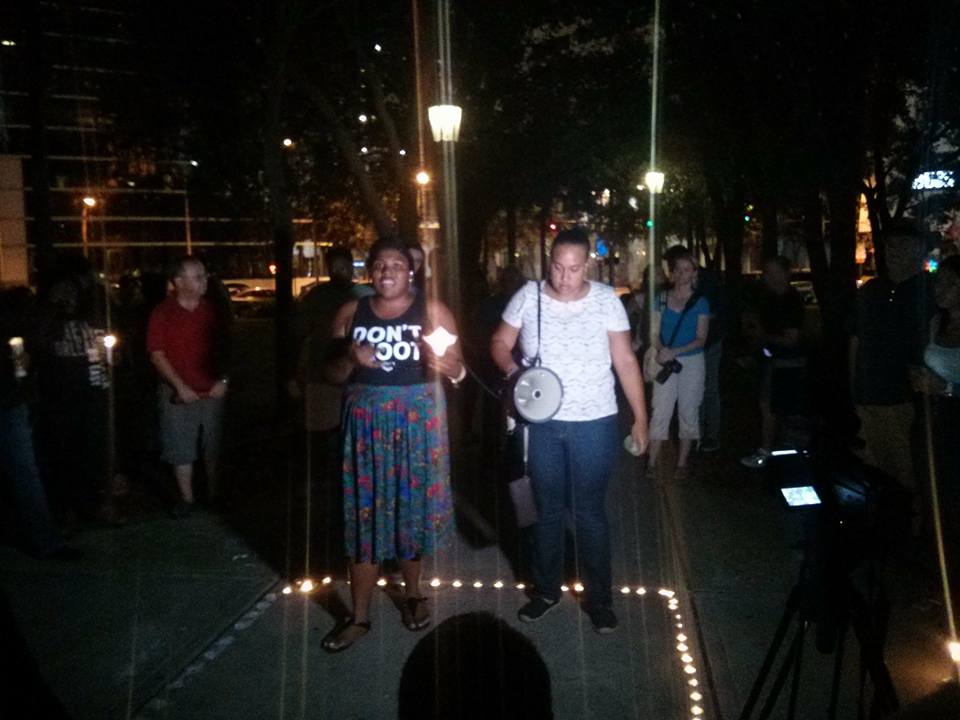 On June 20, seventy-five people came together in Lykes Gaslights Park in Tampa to hold a candlelight vigil for victims of the Charleston terrorist attack. People from all walks of life and faith groups as well as various organizations such as Bay Area Activists Coalition, Tampa Dream Defenders, Fight for 15, Council on American-Islamic Relations and ANSWER Coalition were present.

The vigil was an important chance for the community to share feelings and thoughts in a moment of incredible grief. With tears and anger, people commemorated the nine victims killed in the attack on Charleston’s Emanuel African Methodist Episcopal Church and called for renewed struggle against the ever-present violence of racism in the United States.

VIDEO: Melanie Yazzie reads a statement from The Red Nation and ANSWER Coaltion New Mexico, at the Albuquerque Prayer Vigil for the people of Charleston, S.C., and in opposition to racist terror against African American people. The vigil drew more than 200 people from the diverse communities of Albuquerque.

Read a report on the prayer vigil here