Activists speak out to demand oversight of jail 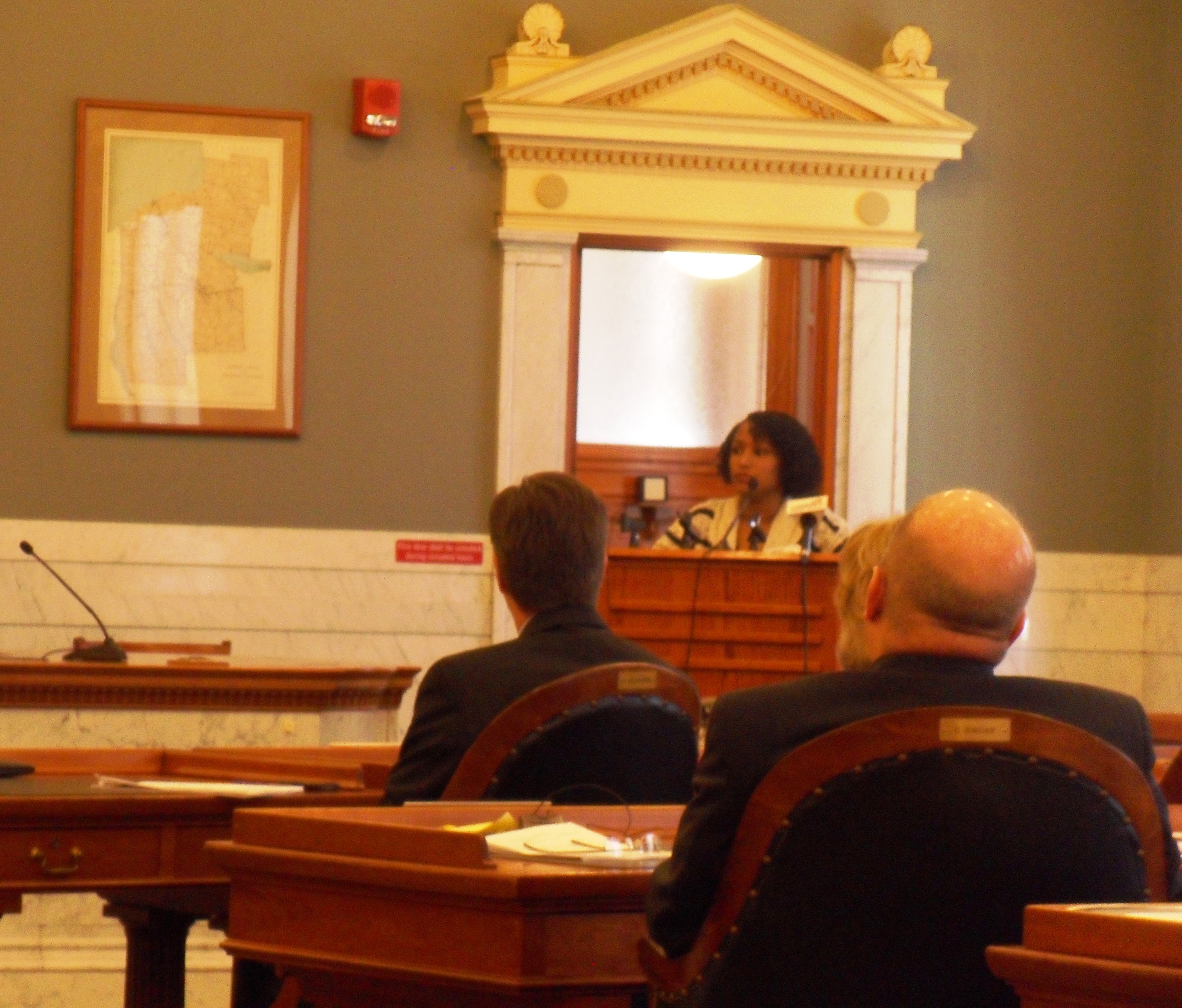 Ruth Beltran, of the League of United Latin American Citizens, speaks out against the Sheriff's department and the jail.

On Feb. 5, community members and activists gathered at the monthly meeting of the Onondaga County Legislature to demand the creation of an independent community mechanism to impose oversight on the policies, practices and procedures of the misnamed Onondaga County “Justice” Center. The organized speak-out marked the formal beginning of a campaign which grew out of the movement to demand justice for Chuniece Patterson and Raul Pinet Jr., who were both killed at the jail.

In fact, there have been countless instances of brutality, misconduct and death at the jail. There is a culture of violence against inmates at the jail because the Sheriff’s deputies that run the institution operate virtually above the law. Even in the case of Pinet , where there was independent documentation proving that Pinet’s death was a homicide caused by jail deputies, no one was punished. This is an example of the systemic brutality at the heart of the U.S. prison system.

Traditionally, everyone who attends the County Legislature meeting is allowed 2-3 minutes to speak about any issue related to the Legislature. Activists were shocked when, as they went to sign-in to speak, they were told that only 15 minutes would be allotted for the public comment period. One activist was told that the Legislature “doesn’t allow for comment periods on items that are not on the agenda,” and that they were “lucky” to be given 15 minutes.

When activists demanded to see that policy Deborah Maturo, the Legislature’s Clerk, stated, “It is common practice.” When pushed further, Maturo produced guidelines about the public comment period, which clearly stated that 30 minutes can be allotted for issues that are either on the agenda or “germane” (i.e., relevant) to the Legislature.

The County Legislature meets during the day on weekdays and is housed in luxury on the 4th floor of an old court house in downtown Syracuse. They aren’t used to organized people showing their force during their meetings.

Several community members took to the microphone to denounce the “Justice” Center and the Sheriff’s department. Monica McLean, representing the National Action Network, spoke about a young man that she is working with who was stripped naked and locked in a cell alone for three agonizing days. To make matters even worse, the guards left a spit mask on him the entire time, which made breathing very difficult.

Derek Ford, representing ANSWER Syracuse, echoed the calls for an independent mechanism. He said, “The question is not to have independent oversight or not, but what form that oversight will take.” Ford called for the establishment of an oversight board that has true independent authority to take action. He cited the Syracuse Civilian Review Board—tasked with investigating complaints against city police—which has been stonewalled by Police Chief Frank Fowler as an example of the need for true independence.

Ruth Beltran, representing the League of United Latin American Citizens, also gave a statement. She told county lawmakers, “You have a responsibility to create this. There have been too many deaths already.”

The speak-out was organized by the United as One Coalition, which was founded by ANSWER Syracuse, NAACP, LULAC, NYCLU and other organizations and activists in Sept. 2010. The coalition has vowed to maintain a presence at the Legislature until oversight of the jail is established.