The ANSWER Coalition has been involved in organizing and supporting events in several U.S. cities ahead of the annual UN vote on the illegal blockade of Cuba.

Last weekend, activists rallied in New York City. See below for videos and a photo from this event.

This weekend, there will be a forum on Oct. 27 in Washington, D.C., featuring Miguel Fraga, First Secretary of the Cuban Embassy, followed by a rally at the White House on Oct. 28. See below for details. 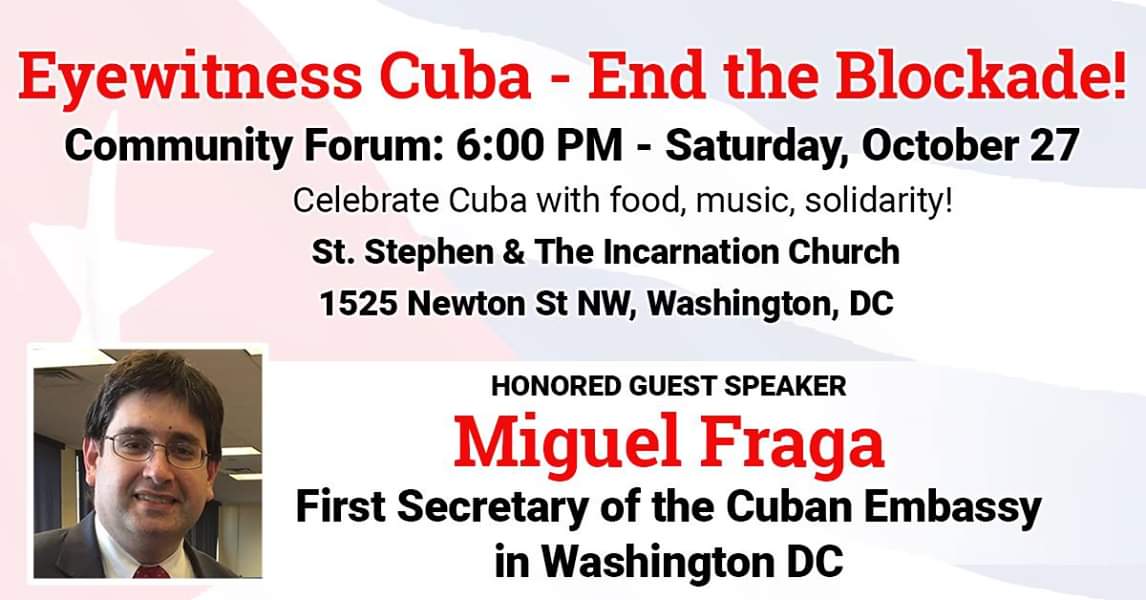 Come learn about the ongoing blockade of Cuba by the United States, the severe challenges it presents to the Cuban people and how Cubans are fighting back! Hear from participants in a recent U.S. solidarity delegation trip to Cuba, as well as from long-time activists. Food, music, raffle door prizes and more.

Featured Community Partner: Nando Alvarez, an Ecuadorian visual artist based in D.C. who has a background in art direction for ad agencies, photography, and illustration.

Rally at the White House to #unblockCuba! 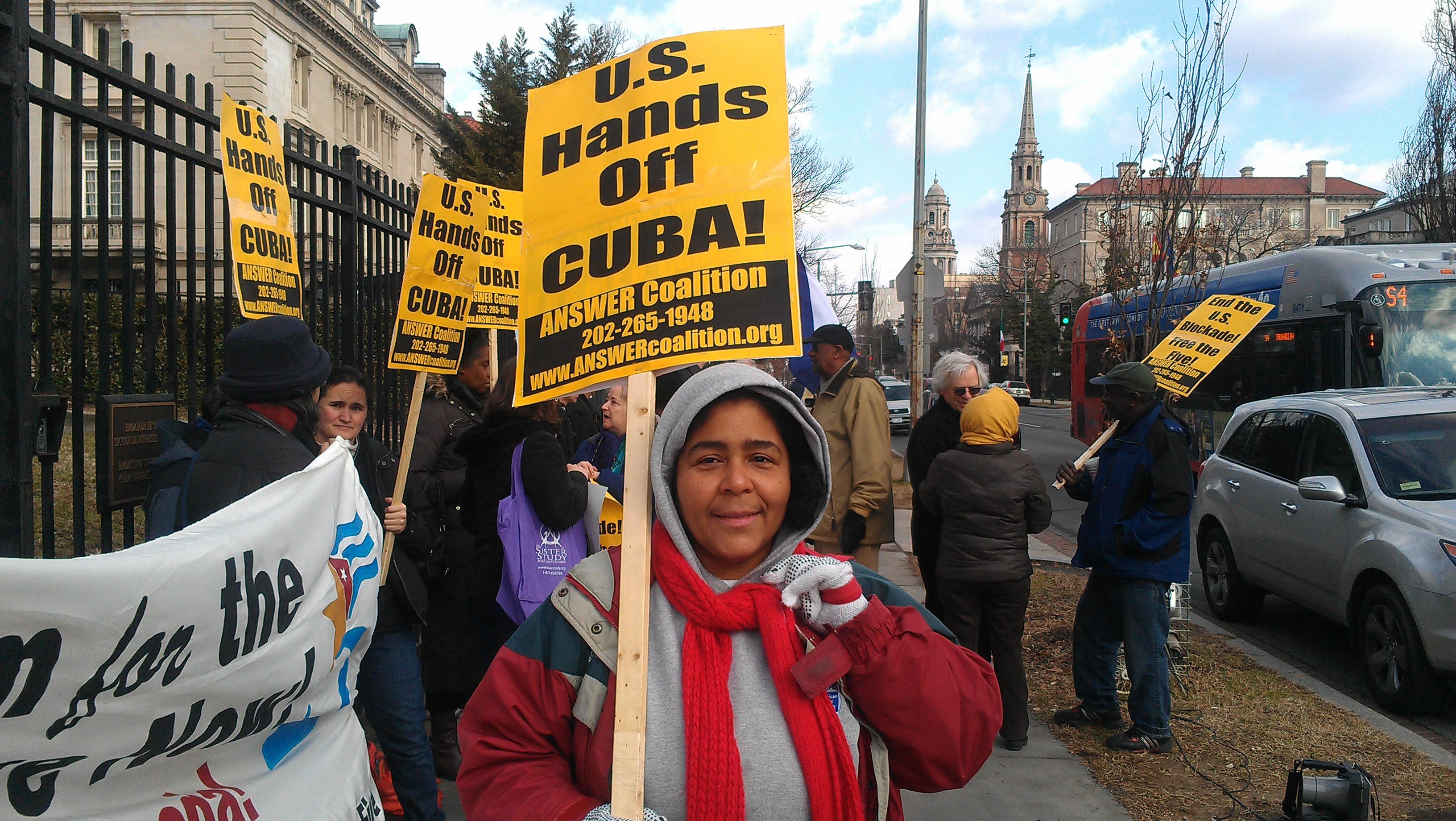 ANSWER Coalition organizers, supporters and friends will go into the streets on Sunday, October 28 to stage a rally to #UnblockCuba at the White House. We will tell Trump and the whole political establishment that the people of the United States and the people of Cuba are united in our determination to abolish the heartless blockade that has economically and financially strangled the Cuban people for decades.

Last year the U.N. General Assembly member states voted 191 to 2 in favor of a demand for the United States to end its economic, commercial and financial blockade of Cuba. The United States and Israel were the only countries to vote against Cuba. Yet, despite world opinion, the blockade is now in its 56th year, costing the island hundreds of billions of dollars in economic damage, and imposing untold hardship on the Cuban people. On Oct. 31, 2018, the U.N. will again vote on the resolution to lift the blockade of Cuba. Stand with us outside the White House on Sunday, October 27 at 12:00 noon, in solidarity with Cuba.

Let’s show the peoples of the world that the U.S. policy does not represent the people of our country! End U.S. provocations and end the blockade!

On Oct. 20, the ANSWER Coalition in New York City mobilized for an action against U.S. economic warfare against Cuba and Venezuela. 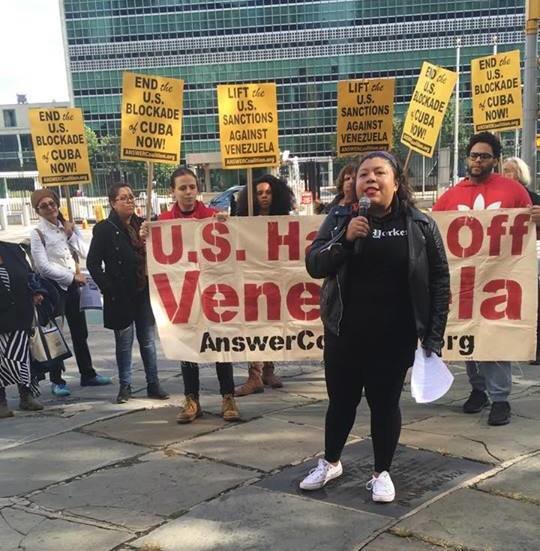