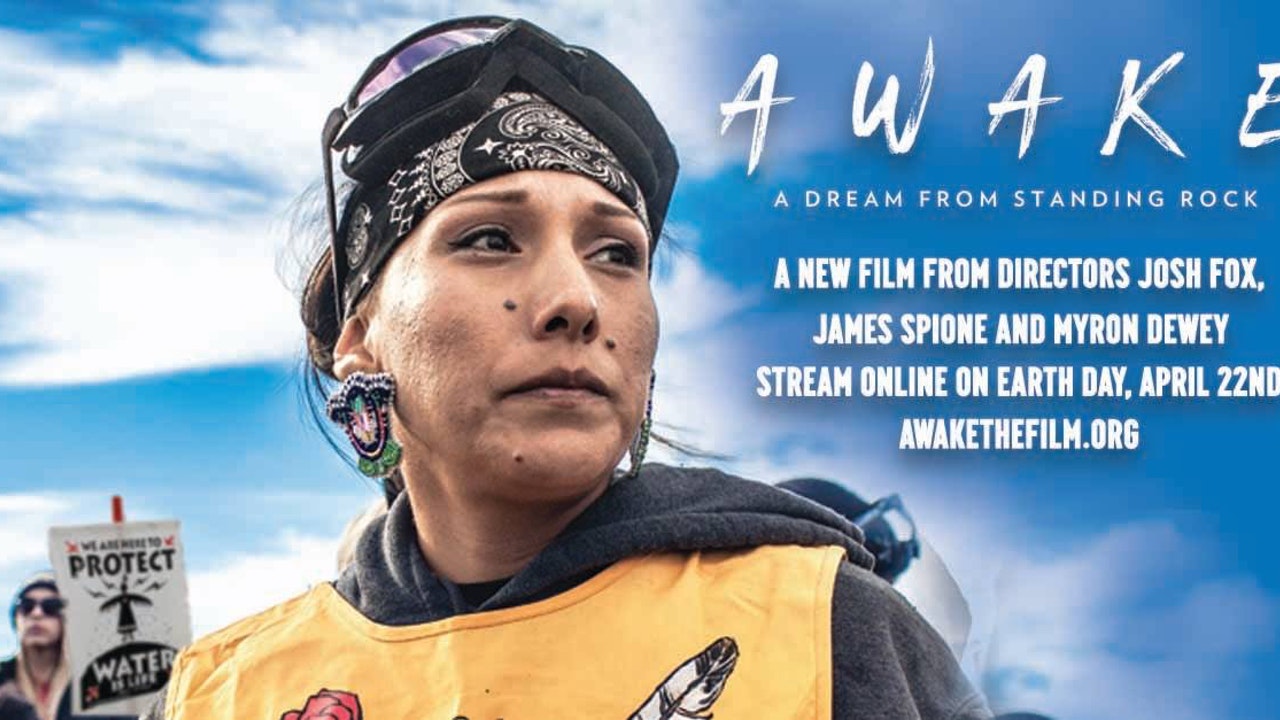 On Tuesday and Wednesday, October 10th and 11th, AIM-WEST presents its 8th Annual American Indian Movement International Film Festival.  The films will be shown both days from 3pm to 9 pm at Answer Coalition Office, 2969 Mission Street (near the 24th Street BART station).  The grand occasion begins at 2 pm with the traditional Mejica Teo-Kalli Dancers, and followed by the All Nation Singers.  The Master of Ceremonies will be nationally known AIM leader Bill Means, and the Bay Area's own radio personality Miguel "Gavilan" Molina.

The Film Festival seized the UN theme of "Indigenous Peoples and Filmmaking" declared at the 2010 International Day of the World's Indigenous Peoples held in New York as the spark to launch this as an extension of AIM-WEST's projects.

This year AIM-WEST also honors the "Ten Year Anniversary of the United Nations Declaration on the Rights of Indigenous Peoples" (DRIP), adopted by the General Assembly on September 13, 2007.

The ten films selected this year from the front lines of North America, Oceana, Africa, Asia, Scandinavia and Europe for our festival celebrate the struggle for Human Rights and Self-Determination of Indigenous peoples throughout Mother Earth.

Held each year in October, activities focus on "Indigenous People's Day," an alternative to the observance of Columbus Day.  The Film Festival offers a broader interpretation of history than stories typically associated with Columbus Day and colonialism.  The films voice a different vision of what it means to live as Indigenous peoples throughout the Western Hemisphere, Oceana, and beyond.

This is a movie focused on Nillas Somby, an indigenous Sami man who retraces his family ancestry, as he searches for the skull of his ancestor, Mon Somby. The film narrates three parallel plots. The first is Nillas Somby’s story of how he became one of the most celebrated protesters during the Alta Dam Protests between 1979 and 1981 near Kautokeino, Norway. The second story examines scientific racism through racial classification that was considered as accepted procedure by Scandinavian scientists from early 19th century until the 1950s. The third segment deals with Nillas Somby’s emotional struggle bringing Mons Somby’s skull home for proper burial. (Panel Discussion)

The Standing Rock Sioux Tribe in North Dakota captures world attention through their peaceful resistance against the Dakota Access Pipeline and the U.S. Government’s plan to construct a pipeline through their land. Honor the Treaties! Mni Wiconi! Divest now! No Dapl! (Q&A and Panel Discussion)

Three individuals take a four week journey into a poor, hot, and very remote place that is unlike anything most Westerners would experience. The film takes the audience on an incredible journey where no one is allowed to travel without special permits and security team. They make friends with nomadic tribe members for whom owning a cow determines life or death. They travel with rebellious Tuaregs, who have been fighting the dictatorial government forces for years in the desert. (Q&A)

In remote southwest Sahara, the indigenous Tuareg tribe were used and discriminated against by former strongman Muammar Qaddfi. They fight for their place in a post-revolutionary Libya. Living deep in the desert near rich oil fields and lucrative trading routes hundreds of miles from Libya’s capitol, the Tuareg find themselves impoverished and isolated on this prized land. Nowhere is this felt more than in the oasis town of Ubari. The Tuareg are pitted against former neighbors who are backed by government and international interests in a proxy battle over assets and power.

This short is a tribute to Bill Wahpepah. Tony is from a large family, and after a cycle of foster homes, was drafted into the Army and served in Viet Nam. When back in the States, he is introduced to AIM. Bill teaches him indigenous ways and cultural history. Bill influences Tony’s re-structuring of life’s values. Tony credits Bill as a mentor and unsung hero. Bill Wahpepah is Kickapoo/Sioux and Fox. (Q&A)

This is a documentary about two teenagers affected by conflict in Burma’s Rakhine state. Phyu Phu Than , a Rohingya Muslim girl and Aung San Myint, a Buddhist were both displaced by violence in 2012. Interviews filmed over two years explore their ideas about each other’s communities, their aspirations for education and the possibility of political reconciliation. The film was due to premiere in Yangon at the Human Rights, Human Dignity Film Festival but was banned by government censors. Languages: Rakhine, Bengali, and Burmese with English subtitles. (Q&A with filmmaker)

After the showing, there will be food, refreshments, vendors, and a raffle. AIM requests a donation for admission, but no one will be turned away. Thank you.