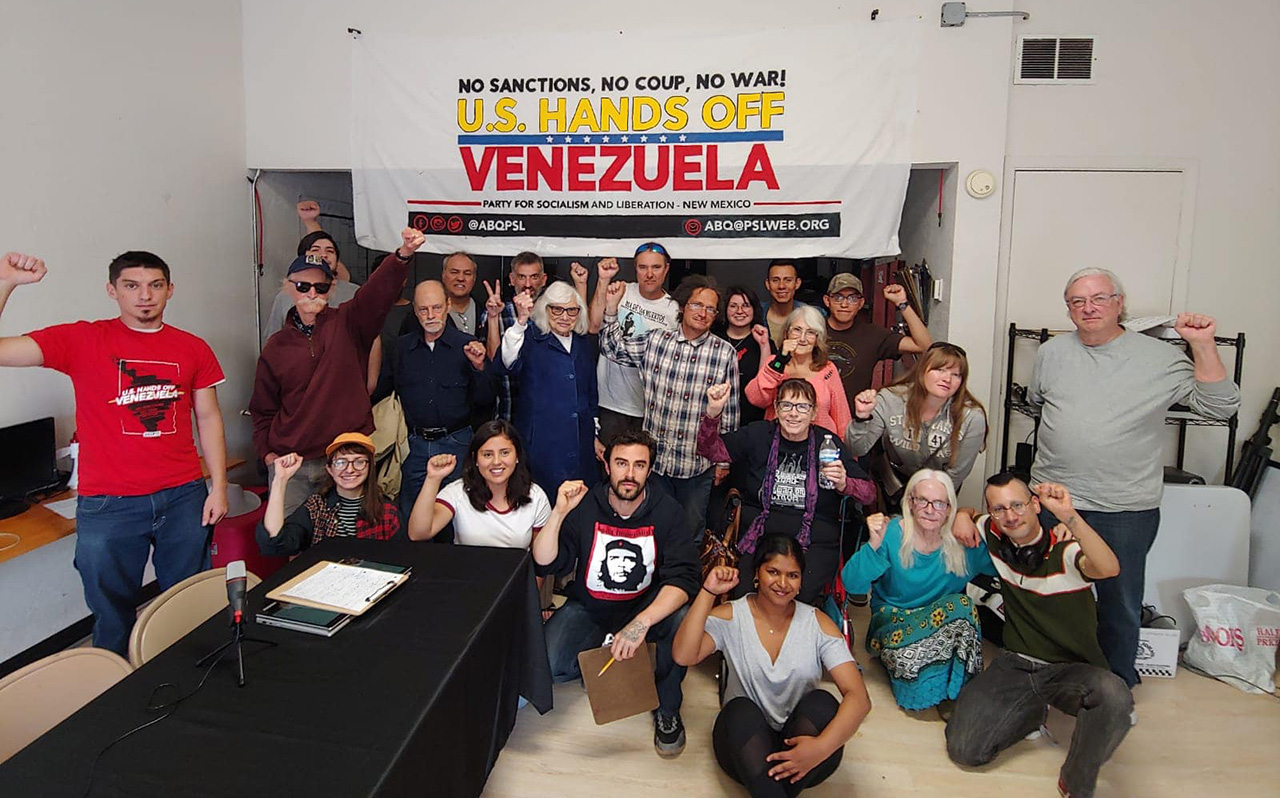 On May 19, antiwar activists from around Albuquerque, NM gathered at the Revolution Organizing Center and unanimously signed onto the following Statement of Commitment to organize opposition "in the form of public protest here in Albuquerque" against any military aggression by the United States toward Venezuela and its democratically elected government.
This marked an important step forward in the region of the Southwest in uniting antiwar forces in solidarity with the people of Venezuela and the progressive Bolivarian government.
We call on all progressive organizations and individuals to sign onto the Albuquerque "U.S. Hands Off Venezuela" Statement of Commitment!

This coalition of anti-war organizations and individuals in Albuquerque is committing to act decisively and with unity to oppose aggression by the US government in its war of aggression and right-wing coup agenda for Venezuela. We pledge to respond to any attempts by the US government to overthrow the legitimate Bolivarian government of Venezuela, or to militarily intervene in Venezuela, with mass opposition in the form of public protest here in Albuquerque.

We will firmly oppose US economic sanctions, infrastructural sabotage, and any other regime change strategy that US imperialism comes up with to undermine the sovereignty and self-determination of Venezuela. Only the Venezuelan people have the right to decide their leaders. The Venezuelan people have the right to choose any form of government and economy they so choose. We will uphold the democratic will of the Venezuelan working-class by defending them against the criminal actions of the imperialist US government.