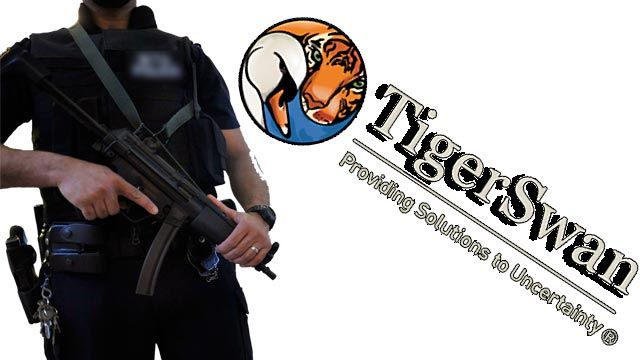 The ANSWER Coalition stands with the #NoDAPL movement and the Indigenous people and water protectors who valiantly tried to prevent the Dakota Access Pipeline that was imposed by means of Executive Order from Donald Trump after assuming the White House. Trump, before assuming the presidency, was an investor in the company that will make mega-profits from DAPL.

In the face of peaceful protest to defend the environment and the lands of Indigenous peoples from the Dakota Access pipeline, various branches of government and law enforcement agencies employed brutal, violent methods against the water protectors.

As revealed by documents leaked to the online publication The Intercept, the government also hired a notorious private, mercenary, paramilitary “security firm” called TigerSwan to infiltrate and spy on the #NoDAPL movement. TigerSwan has been used by the Pentagon and intelligence agencies in overseas operations.

Tellingly, as revealed by these Fusion Center documents, TigerSwan has also been employed by law enforcement agencies within the boundaries of the United States against those seeking to exercise their First Amendment rights to protest and redress grievances.

The documents also reveal that TigerSwan was working in coordination with the Illinois state police in an effort to engage in covert and overt spying operations against the ANSWER Coalition in Chicago in 2017 when ANSWER was helping to organize protests against the racist and reactionary policies of the Trump Administration. This despicable use of paramilitary mercenaries working with police agencies in Illinois constitutes a fundamental assault on the First Amendment and the constitutional rights of the people in Chicago and Illinois. The ANSWER Coalition demands that those government and law enforcement officials that engaged in this illegal, anti-democratic assault on basic freedoms be held to account.