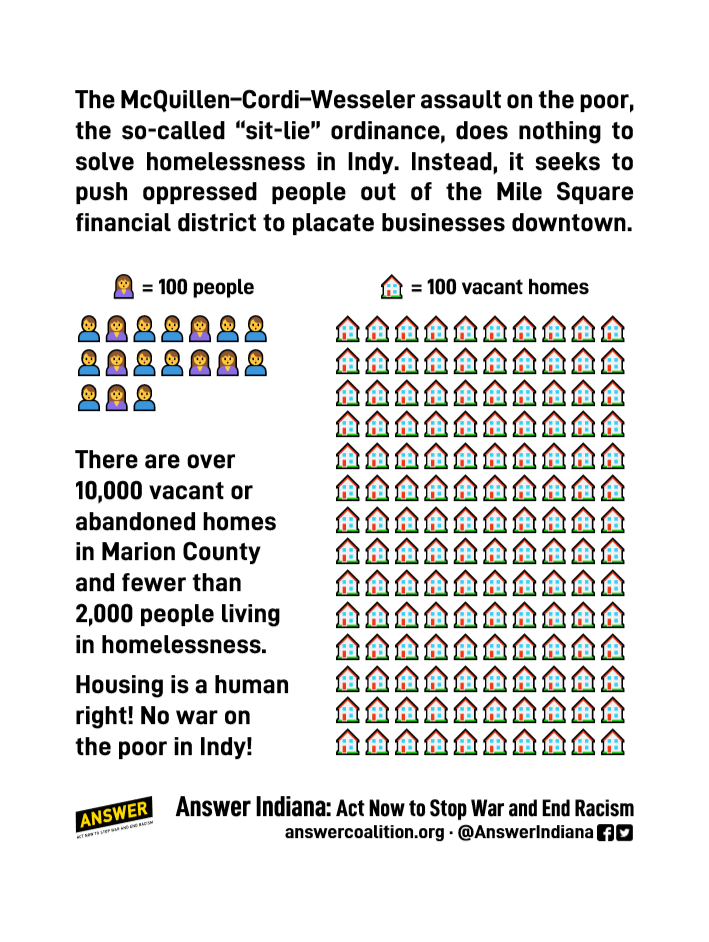 ANSWER Coalition activists in Indianapolis are deeply engaged in the campaign to stop a blatant attempt to criminalize the poor. The so-called "sit-lie" ordinance would make it illegal to be "sitting or lying down on city streets or sidewalks from 6 AM to midnight." Instead of meeting the housing needs of the people of the city, the politicians are considering a measure that would expose homeless people to police harassment and fines simply for existing. This is intended to further line the pockets of big developers and business owners, who want the exclusive right to the city.

Mike McQuillen, sponsor of the anti-homeless “sit-lie” ordinance, is holding a town hall. Progressive voices are on hand to hold his feet to the fire and to show him that we will not put up with reactionary attacks on the poor!

Proposal 357, the "Sit-Lie" ordinance proposal from reactionary councillors McQuillen, Cordi, and Wesseler, will be heard by the Rules & Public Policy Committee in Room 260 of the City-County Building. We will pack the house and demand that the committee and councillors reject the criminalization of homelessness in our city!