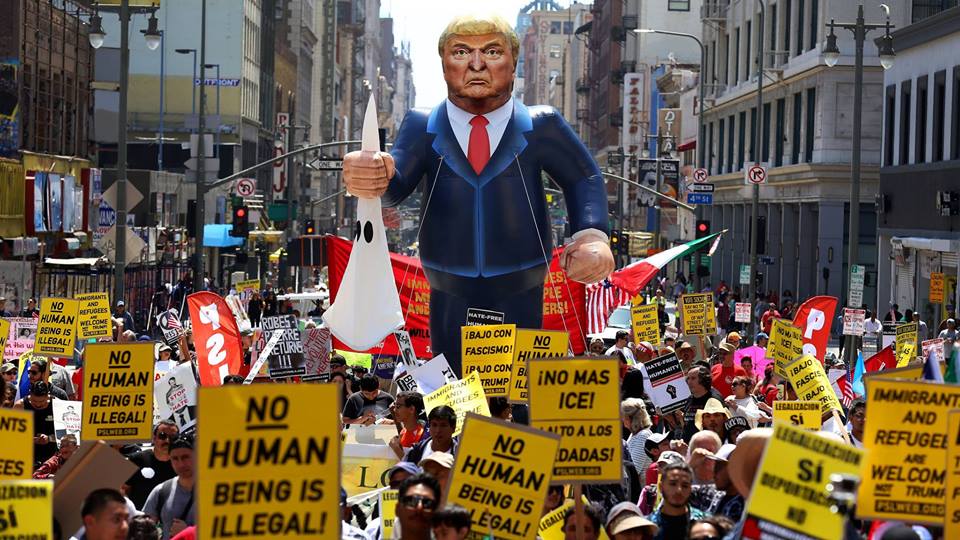 Join the ANSWER Contingent at Workers and Immigrants Strike!

Stand with poor and working people on International Workers Day!
Join us as we strike to defend all immigrants, refugees, women, and workers! Stand against the Trump agenda and join workers around the world as we protest to demand full rights for all immigrants and women, an end to police violence, environmental degradation, and a living wage for all workers.

Today in the United States African Americans are gunned down by police with impunity, Flint Michigan and hundreds of cities across the country still don’t have clean water, the rights and sovereignty of Native Americans are being trampled by big oil, and ICE is cruelly tearing families apart. While this assault on poor people continues at home the Trump regime is launching unilateral attacks on sovereign nations such as Syria and threatening countries the world over with a broad and dangerous war.

It is plain to see there is one set of rules for the people and then there is another for Wall Street, the police, and the Pentagon who continue to exploit and kill people across the U.S. and world.

Within a month of Trump’s presidency the working masses already began reaching their hands toward one of our most potent weapons: the general strike. On Feb. 17th tens of thousands across the country participated in A Day Without an Immigrant without any official organization leading the initiative. After that we saw the global Women’s Strike on International Women’s Day, a tremendous display and affirmation of this historic day of struggle.

It’s time to tell Wall Street and their lackeys in Washington that power doesn’t lie in the halls of government or with big finance, but out in the streets with the people.

Join us and millions of people all over the world in standing up on May Day to resist! We will send a message to both the Republican and Democratic parties, and also to all the communities under attack – immigrants, Muslims, women, LGBTQ people, Natives, and the whole working class – that we have power, we will not be intimidated, and we will stand united.

On May 1st we say down with the Trump agenda and the spineless Democrats! Down with Wall Street and Pentagon! All power to the people!