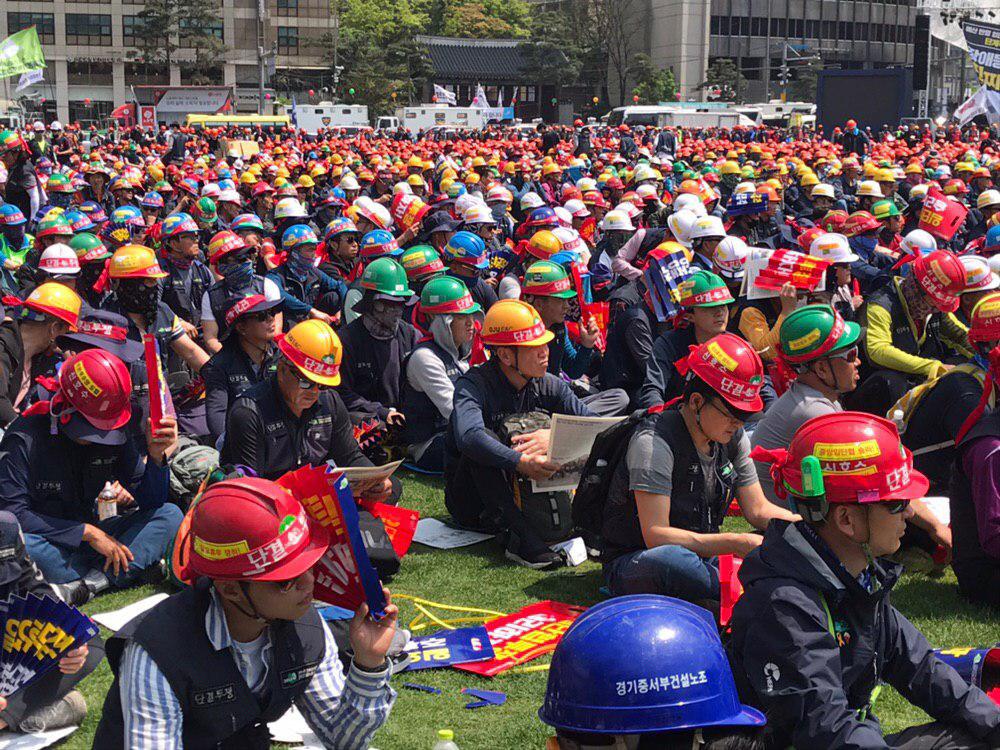 Progressives in the Republic of Korea organized a 10-day multi-site festival with academic and artistic components to celebrate May Day 2019. The ANSWER Coalition was proud to attend as invited guests representing the U.S. anti-imperialist movement.

The People’s Democracy Party, a progressive party that formed at the very beginning of the 2016-2017 Candlelight Revolution that overthrew the far-right, deeply corrupt administration of Park Geun-hye, was the primary organizer. The PDP fights for the independent and peaceful reunification of Korea.

The events were opportunities to learn, debate, and clarify ideas, and to forge new links in the international anti-imperialist struggle. The festival was an important opportunity to learn from and build with Korean trade unionists and other progressive activists and organizers, including representatives from the Korean Confederation of Trade Unions, Pan-National Alliance for Korea’s Reunification, the PDP, the Research Institute for the Reappropriation of U.S. Military Bases, and many more.

The Korean people overwhelming desire the reunification of the peninsula on an independent, peaceful, and democratic basis. That the Korean people are moving forward on this process -- at both the level of high-level diplomacy and at the grassroots -- is undeniable. The only obstacle in their way is the United States government, which maintains a huge military presence in and around Korea.

Outside of the formal events, the international guests met with political prisoners, student leaders, trade unionists and farmers resisting the never-ending expansion of U.S. military bases in the country.

The night before May Day, political art performances took place on a stage in downtown Seoul right across from the U.S. Embassy. But May Day itself was the highlight of the festival, when all of the political debates and artistic expressions of the previous days came together through the united activity of the festival.

The primary theme from May Day was: The labor movement must be anti-imperialist and always working toward reunification.